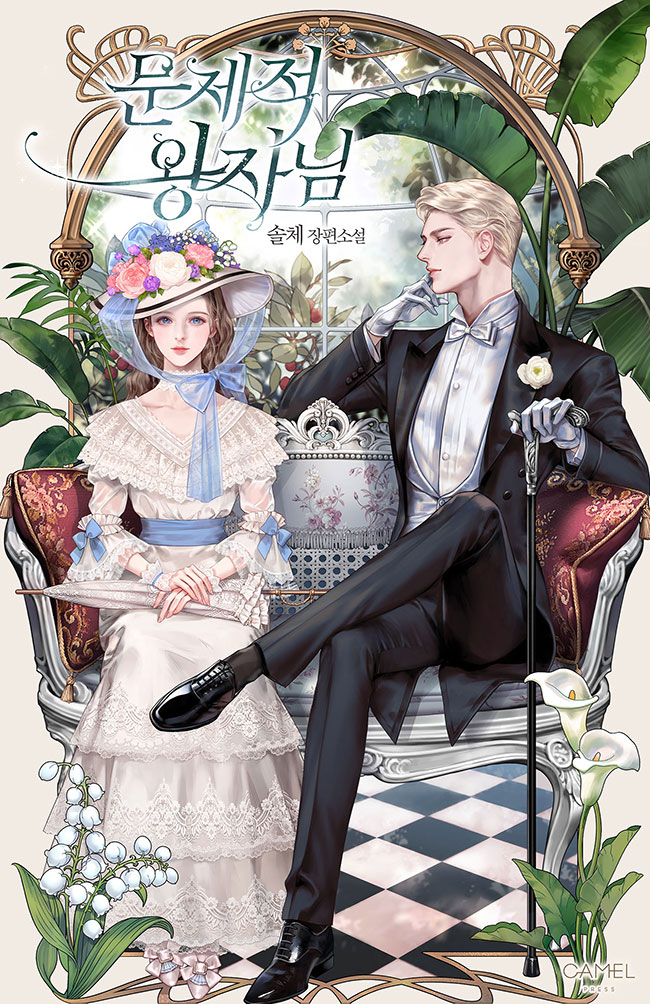 One entry per line
Solche
솔체

One entry per line
RiMA
리마

Status in Country of Origin. One entry per line
180 Chapters (Complete)

Is the Royal poisonous mushroom all right?

The prodigal son of the Royal family, once a beloved Prince of Kingdom Lechen,
had to put down the crown in exchange for being the principle figure of an unparalleled scandal.
The Royal mushroom,

As a property to the Hardy family,
she was scammed and destroyed,
and thrown to be sold into the marriage market. She was

Today, when she was going to be sold as a wife
to either a drunkard or an irredeemable garbage,

the problematic prince, Björn Denyster
appears to be the savior.

These are recommendation lists which contains The Problematic Prince. You should give them a visit if you're looking for similar novels to read. Alternatively, you can also create your own list.
More Lists >>>

I was really expecting a lot because I loved CIBIYB, but the writing of this really didn't surpass it's predecessor. It was still an enjoyable ride as the chapters before their marriage were well executed, I also loved the dialogues the couples had. I just got bored a bit because the MLs thoughts where getting redundant, and that even the tropes felt similar like: childhood friend inspiring jealousy inside MLs, naïve MCs, MLs possessive actions without tackling feelings, MCs running away, MLs chasing them, MCs life threatening accident and... more>> MLs getting that woke attitude L-O-V-E did exist hooblaaa. Although the ML here felt very much more realistic-
Spoiler

he often drank which became a problem sometimes (not the abusive kind guys haha), he was vulnerable at times, had realistic fights with the MC because he wasn't a perfect lover but MC had expectations since she loved him, and since the dude was a prince, MCs dependency on him was tackled where she felt lonely when he was busy so she decided to socialize and gain connections; although tbh ML was fine even if she didn't do that.

[collapse]
I would the say the bet was actually a trivial matter, but it did move the plot. Smut was good, didn't expect this much from an R-15 but I enjoyed their scenes very much. <<less
8 Likes · Like Permalink | Report
Leave a Review (Guidelines)
You must be logged in to rate and post a review. Register an account to get started.