Novel Updates
RegisterLogin
Theme
Search
Your changes has been saved.
Advertisements
The Price of Confessing To The Wrong Female Protagonist

Home >
Novel >
The Price of Confessing To The Wrong Female Protagonist 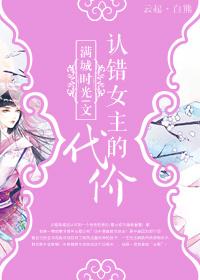 One entry per line
满城时光

Status in Country of Origin. One entry per line
113 Chapters (Completed)

Yun Ge learned a tragic lesson after transmigrating: You shouldn’t skip when reading a novel! Even if the chapter name says “The Death of Yun Ge”, you shouldn’t just immediately click it! And you definitely shouldn’t give it a negative rating out of anger just because the cannon fodder that happened to have your name was thrown into a brothel as the lowest of prostit**es. If you hadn’t given it a thumbs down, you wouldn’t have transmigrated! And if you hadn’t transmigrated, you wouldn’t be stuck without any foreknowledge of the events to come, in this undoubtedly tragic role of “Yun Ge” right now!

Yun Ge clenched her fists. It doesn’t matter. At least she knew that the female protagonist’s name was “Lin Yuan”! In the first part of the story, she was Yun Ge’s junior sister! As soon as that girl appears, Yun Ge should just stick to her and start currying favor. Hug her thighs! Shell definitely be able to change her own fate!

In the days and nights that passed as she waited for the protagonist to appear, the only comfort Yun Ge had was her cute and thoughtful little disciple.

Little Disciple: Master, why are you always so fond of Martial Aunt Lin Yuan? Is having this disciple not enough?

The Obedient-Looking Disciple: Since she’s the most important in Master’s eyes… it would be me if she dies, right?

Yun Ge: My disciple, don’t mess around!!!! This Master still needs to get in her good graces!

One entry per line
I Recognized the Tyrannical Flower as a Little White Lotus, and She Cultivated into a Man-Eating Flower!
我把霸王花认成了小白莲，接着养成了食人花！
认错女主的代价[穿书]

These are recommendation lists which contains The Price of Confessing To The Wrong Female Protagonist. You should give them a visit if you're looking for similar novels to read. Alternatively, you can also create your own list.
More Lists >>>

Funnily enough, there is at least one other story like this (My Disciple wants to tease me every day) The difference between the two is that "My Disciple" is easier to understand and hasn't been updated in a while. This isn't a bad story and I, in fact, started getting into it just for the next chapter to be the last one currently out. The first chapter I barely understood what was happening and I'm still not 100% on what's happening. I believe it's about a woman reincarnating into... more>> this world. That's about all I understood from the first chapter. The second chapter was a lot easier to understand and it started getting me interesting. The relationship between the MC and the Disciple is kind of adorable from what little I've seen of it. I'm not gonna spoil it but the MC said the girl has something wrong with her. I hope it turns out the girl is kind of just trapped in her own body tell the MC does X and free's her. It's a fun story none the less and If you can get past the first chapter then I think people would enjoy it more. Edit 8-10-19: It is chapter 22 now (Although weirdly on the TL page it is only 18) I am very glad the story has continued. It is adorable for the first half. But the issue is that the Disciple gets to be a lot less charming, I was hoping that the disciples coming out of her shell would be more gradual. Also not sure what exactly is happening, Cause it turns out that the disciple is not exactly how she appears. I'm not sure if she is scheming, a transmigrated individual or just autistic. Overall I feel it's good the story has continued and I am enjoying it. This was just to give a bit of an update. <<less
10 Likes · Like Permalink | Report

Good read. If you seek a cutesy yuri story, this is it. The heroine girl is so cute on the first part of the story, then being yandere at the mid part, then continue being a very mild yandere.... more>> This is a spoil, the story is about our heroine Yange, who is a teacher, then travels into a novel. She wanted to hug the thigh of the heroine, but mistook the author (who also transmigrated) as the heroine whilst the real heroine is the girl she took in as her apperentice. Reading the raws, it was a journey, a little holes here n there due to the language barrier (google translate) but overall, its a happy ending story with heartwarming scene here n there. Good stuff for me who likes cute story. <<less
8 Likes · Like Permalink | Report

Translation is a little slow and wonky at times, this novel is far from complete.I feel like this novel has a great potential, in a sense that it is very heartwarming: the main character is super charismatic and I love her, the interactions between the girls are super cute. So much so in that it won me over... But this is precisely the reason I feel sad reading some parts. " If just this little part was changed.. it would be perfect" is what I thought a lot of the... more>> times, and thats not a good sign. The protag is 19 and the other one is... 7. I am so so glad they dont write the MC as seeing this child in a romantic way, but they do write the kid being cunning and not innocent etc. Like make the girl 13 and I could buy it but like 7. I can't take you seriously dude have you ever seen a seven year old child they aint thinking bout that. kinda sad but also will keep reading bc I love the mc <<less
2 Likes · Like Permalink | Report

isn't there like, another story with the same premises of transmigrating because the MC has the same name as a character and disliked the story? Like, the ceo's villainess childhood friend, or something? I'll revise this review once I read it and see if it's any good
0 Likes · Like Permalink | Report
Leave a Review (Guidelines)
You must be logged in to rate and post a review. Register an account to get started.

Reborn as Celestial Deity in Outer...