Novel Updates
RegisterLogin
Theme
Search
Your changes has been saved.
Advertisements
The Precious Sister of The Villainous Grand Duke

Home >
Novel >
The Precious Sister of The Villainous Grand Duke 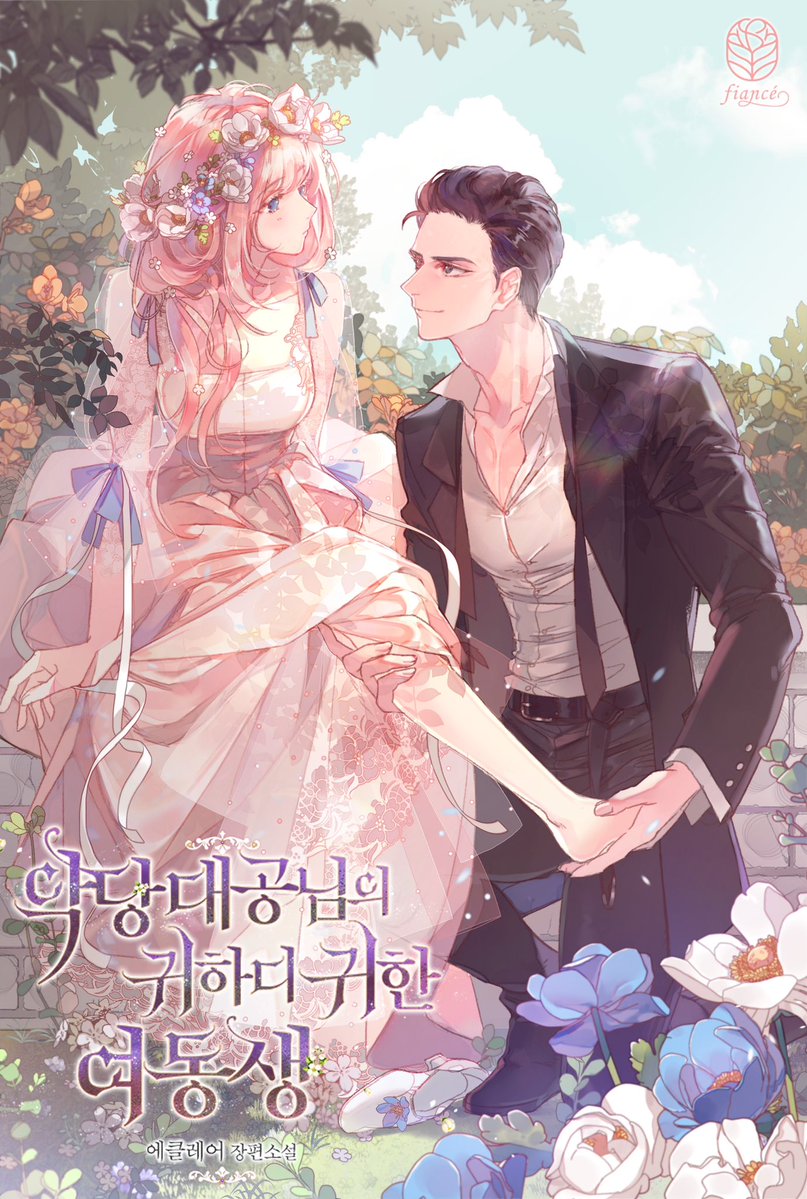 One entry per line
Eclair
에클레어

Reborn as a sister of a villain with no blood or tears in a war-fiction novel.

Anyway, that guy, who plays ‘my brother’ role, is a villain who will be sealed by the Main Lead after losing the war. So I just need to pretend to be his little sister until he disappears.

‘Something in your right hand, is that the main lead’s head?’

My brother won the war.

“What’s with the suitcase?”

At the tip of Dietrich’s long finger, there was a package that I had wrapped up as soon as he left for the battlefield.

Dietrich’s dark eyes glistened. The man who had just returned from victory had a strange smell of blood from murder.

“Will you leave me?”

The Duke’s Imposter Sister (1)
I Tamed the Male Lead’s Father (1)
If I Happened to Tame my Brother Well (1)
I Tamed a Tyrant and Ran Away (1)
Heavenly Divine Doctor: Abandoned Concubine (1)
Living As the Villainess Queen (1)

These are recommendation lists which contains The Precious Sister of The Villainous Grand Duke. You should give them a visit if you're looking for similar novels to read. Alternatively, you can also create your own list.
More Lists >>>

It's alright. Much of the typical KR webnovel criticisms, including the fact that she's way too intelligent for a one-year-old and two-year-old and the fact nobody thinks anything of it is ridiculous. I am glad that she isn't able to speak immediately though, like in Lady Baby, because that's honestly just absurd. At least compared to many of the other ones that I've read, this translation is more understandable.
1 Likes · Like Permalink | Report

Very cute and slow-burn kind of story. Can't wait until she grows up! Then the real story will start hehehehehe
4 Likes · Like Permalink | Report

The story sounds interesting. It'll be nice to not see the previous ML jump in between the MC and this story ML. Story translated is short for now but looking forward to it. The translation is a bit shaky based on how to format sentences but its not unreadable. I did not expect it to start with her being a baby. So its truly a do over. I like the idea and will come back when there are more chappies This is just my assumption but I think the story will... more>> be a slow grind with how the story begins. But this is just my guess so I could be wrong <<less
3 Likes · Like Permalink | Report

It's so cute uwu. Love their interactions so much. A must read 💖 tho it's really frustrating how they treat Anissa, Dietrich, and Yurics (?) so cruel 😢
1 Likes · Like Permalink | Report

A good read. The fluffiness isn't something that you'd be tired of. The FL is very cute as a baby. I wish the translator would release many chapters. UwU.
1 Likes · Like Permalink | Report

For now, thank youuuu translator for picking up the novel skskskks thank God the promo manhwa has a novel unlike other promos sobs and that it's continuously being updateddd skskskksks!!! (*꒦ິ꒳꒦ີ) ❤️ It's too early to have a say on the story so for now, I definitely look forward to the upcoming chapters uwu So far, my eyes are blessed with the childrens (FL and her brother) interactions _: (´ཀ`」 ∠) :
0 Likes · Like Permalink | Report

Cute story, still in the child part. Funny with agnsty moments, plot seems consistent. Translation is kind of hard at the beginning but keeps improving with the chapters.
0 Likes · Like Permalink | Report

Tragic comedy on the earliest chapters, so far I'm enjoying how the FL and the villain are bonding little by little, so cute!!
0 Likes · Like Permalink | Report

So far (at the time of writing there are nine chapters) the story has been good. In the beginning it was a little hard to follow along, but once you keep reading the translation feels less awkward and more charming. Our FL starts as a baby, and it's very cute! Watching her try to woo her way to safety is very amusing.
0 Likes · Like Permalink | Report
Leave a Review (Guidelines)
You must be logged in to rate and post a review. Register an account to get started.

The Reincarnation Of Gluttony, My Abilities...

Am I Lewd Enough?
Advertisements