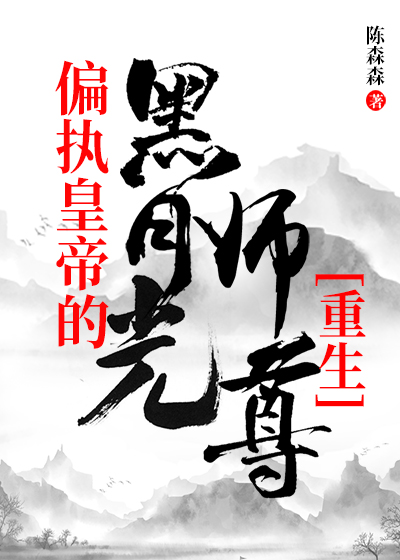 One entry per line
陈森森

Status in Country of Origin. One entry per line
116 Chapters (Completed)

It’s said that the human world’s emperor is muddle-headed, so I decided to go to the mortal world and teach the bullied prince and support him onto the throne, to bring peace to the land.

The process was difficult, but I succeeded.

I stood outside the throne room and distantly gave him one last look.

He didn’t know what was happening outside and smiled at me, his pitch-black eyes were filled with a thousand words.

Then, I turned around and ascended.

I didn’t even give him a proper goodbye.

When I opened my eyes, it wasn’t the Heavens.

I blankly lay on the carpet of the imperial study room, and the eunuch beside me was submissively introducing, “Your Majesty, this is the remarkable beauty Prince Jin is giving as a tribute.”

From above came a familiar yet cold voice, “Prince Jin has spared no effort. Pity, that what We hate the most in this life is other people looking like… that person.”

One entry per line
偏执皇帝的黑月光师尊[重生]

These are recommendation lists which contains The Paranoid Emperor’s Black Moonlight Shizun. You should give them a visit if you're looking for similar novels to read. Alternatively, you can also create your own list.
More Lists >>>

Very gripping series - I had to go read MTL for this to find out what happens!
This story has a really similar feel to Scum Villain Self Saving System, albeit less on the comedy side. The MC is a kind-hearted shizun who has no interest in romance, and sacrifices so much for the ML (mostly to keep saving his life). While he is happy to be pampered by the ML, his priority is cultivation and becoming stronger. So throughout the series, he keeps trying to leave, which results in... more>> the ML becoming more and more obsessed with him (because he's trying to leave him). He also loves teaching swordplay, which results in him taking in a bunch of people as unofficial students... Which results in hilarity as the ML drinks tons of vinegar and gets possessive over being his "only student". My favorite was when he tried to
Spoiler

take in two demon "concubines" the ML was trying to make him jealous with as students, because they had good cultivation basis. The ML exploded with jealousy!

[collapse]
Word of warning - the ML is NOT a nice guy. At all. He is overbearing, a yandere, and drinks gallons of vinegar at any little thing. For me, this fits my tastes perfectly - I love stories with a perverted ML who gets jealous and possessive. As long as you go into this story knowing that the ML is not supposed to be a sweet and selfless guy, but a black bellied yandere that goes from being an entitled human emperor to being an
Spoiler

[collapse]
. He is a terrible person - but all of this is in line with him being an entitled emperor and his true identity.
The MC will
Spoiler

repeatedly "die", only to get revived in different bodies

[collapse]
, much like in Scum Villain. The last time when he does this was very entertaining - I love the ML's reaction to finally seeing him again, and the ML's jealousy of his new student. All in all, love this series, scratches that itch for pampering, yandere vinegar chugging ML gongs. <<less

I'll return with a more extensive review at some point but suffice it to say for now that I'm a rabid superfan of this novel. Don't let the summary fool you - this isn't a palace-centric concubine story. It's a rollercoaster of a sprawling xianxia adventure, the perfect blend of action, adventure, mystery, romance, friendship, tragedy, comedy and feels! I laughed and cried while I read this and look forward to doing it all over again. Our MC Qiu Yutong is my favorite part of the book. He's incredibly lovable -... more>> talented, powerful, and kind, but also lazy, slow to read social cues, and easily coaxed with baked goods. He begins his journey as a strong but naive cultivator who only cares about swords and ascension; through the trials, betrayals, heartache and joy that follows, we watch him slowly learn that neither people, nor the world, nor his own heart are as simple as he assumed. Other traits include laziness with his personal grooming habits, a bit of a temper, and the tendency to be cutely smug when he concocts extremely incorrect conclusions about what's going on around him (such as ANYTHING that has to do with ML's behavior towards him hehehe) ML is a somewhat typical paralyzed face cold overbearing gong but has a soft gooey heart when it comes to MC. Where MC's life goals can be boiled down to 1) ascending 2) eating sweets and 3) going barefoot whenever possible, ML only has one: Follow and pamper Shizun. That being said he does behave very badly toward the MC at times, in part due to the machinations and betrayals of other people but also due to his own personal failings- (below for tw in this area). I wouldn't say he necessarily goes through a lot of character growth, but he learns how to become the kind of person for the MC who is able to make the MC happy, cared for, and loved. He goes through many personal challenges throughout the story, struggling with secrets about his origin and identity and his conflicting impulses toward QYT, the dark and the lightness within. TWs:
Spoiler

One scene of non-con between ML and MC. He definitely feels remorse later and works to redeem himself, and it's not handwaved away, but be aware.

Also one scene of body horror some might find squicky having to do with bugs.

[collapse]
I cannot recall the last time a novel gripped me this hard - probably only Qi Ye / Lord Seventh, SVSSS, and Spring Trees and Sunset Clouds can compare. Big thanks to translator for picking this up! Highly encourage you all to give it a try and make sure to leave a comment on translator's website if you do! <<less
9 Likes · Like Permalink | Report

This novel gives me strong 'The Scum Villain's Self-Saving System' vibes, since there was many instances where MC falls into misunderstanding with ML that causes a *ton* of grief for the both of them, that could be straightened out if the MC only spoke up about his intentions (but doesn't, since he feels he has to maintain a stoic image or doesn't want to admit the truth or what he's suffering with). Not to say the story is bad due to it, it's a rather epic story. Certainly it's a strong... more>> a plot device that's used multiple times that I give the author some side-eye on. But to be fair, there's a lot of interesting things that happen in the plot to make up for it. The dynamics of what happen is pretty complex, so I'll update this review once I can summarize better. Other than that, the real 'villain' of the story towards the end of the story was someone I semi-suspected halfway through the story, and there's some world-hopping to the modern world that happens later on in the extras that's a lot of fun. <<less
4 Likes · Like Permalink | Report
Leave a Review (Guidelines)
You must be logged in to rate and post a review. Register an account to get started.

Hands Held in the Snow

Rebirth Online: From Single Mother to...