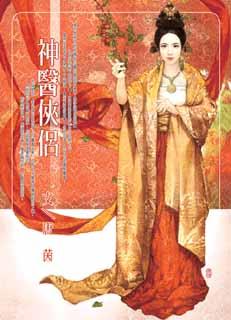 Status in Country of Origin. One entry per line
Completed (19 Chapters)

One entry per line
飛田文化

If not for her jealous father’s dissatisfaction towards another person’s higher reputation, she would not have given him such a lethal poison.

Although the victim was the widely praised skilled medical genius, she knew that he would not be able to cure himself. And if he could not get rid of the toxin in his body within half a month, afraid he will have to suffer a painful death as his visceral organs will rot to black.

Any person told to have such an outcome, he/she would become extremely anxious. However he… he had maintained his ever-so gentle smile… as if he was sure she would be able to save him.

Fine! It was her father that had caused all this! But in order to fully release all of the poison in him, she used too much of her internal force, causing her to faint. When she woke up, she had intended to leave, but she did not understand how and why she had agreed to stay with him.

Watching from the sidelines, as he would always carefully diagnosed others, with goodwill, he would not charge the poor. Moreover, he would even gift them expensive medicine! …Such a benevolent man.

But, why does he make decisions for her? He has the medical skills that can save millions, but she does not! What qualifications does he have to ‘want’ her to accompany him? ​

One entry per line
Divine Doctor and Her Heroic Companion
神医侠侣

These are recommendation lists which contains The Medical Expert’s Companion. You should give them a visit if you're looking for similar novels to read. Alternatively, you can also create your own list.
More Lists >>>

It started off slightly confusing, then became pretty fluffy with the male lead falling in love first. Later on... It kinda went all melodramatic and angsty, but still good. Overall, I did like the story a lot, and the translator did a marvelous job. And the transition between the female lead's pride and her acceptance for the male lead was timed well, in the sense that I didn't feel that it was either too short or too long of a recovery time. And if that sentence didn't make sense, read it xD And... more>> one of the characters was surprisingly more villainous than I thought, though her exit came soon - which was nice. <<less
2 Likes · Like Permalink | Report

Was a bit boring. I did not like their love story, ML makes a choice that is a NO GO for me. I did not understand whey FL was ok with it in the end.
Spoiler

I don't think anyone wants to be with someone who will always choose a stranger over you when in a dire situation. This love is so weird. Lol

There's nothing particularly outstanding about this series, but they're not bad to pass the time with. This one, I was impressed by the emotional moment in the last couple chapters. I think they made up for the utter boredom I experienced in the early chapters (just, the interactions were so cliche and unoriginal, it felt like the most mediocre fanfiction). ... more>>
Spoiler

The ML has a choice of saving the MC or some girl, and he chooses to save the girl first. Which caused a huge rift between him and the MC.

In the end, he tells the MC that he doesn't regret the choice and would make the same choice again. I was a bit conflicted reading this (who doesn't want to be #1 in their SO's mind over a stranger?), but then I kind of got it.

ML said that his ideal partner is someone who is on equal grounds with him, skilled in medicine/self-defence and can take care of herself. Not saving the MC was a choice he made at the time because he thought the other person was weaker and would definitely die if he didn't step forward, so in a way, it was out of trust/respect for the MC that he chose to save the other person first.

So, I get the reasoning. But I still feel that he should have said that he regretted it and wouldn't make the same choice again if he had a chance to do-over that moment. Cause... like really? After knowing that the result is certain death and he has to pick one person between a stranger or his wife, he would pick the stranger? Forgetting the emotional connection, even from a practical perspective, if he saves his wife, the both of them have potential to save many many more people in the future. While if he saves the stranger, he would have been so affected/guilty by the death of his wife that he would have gone to die with her, therefore cutting off his own dream of rescuing more people?

But overall, I thought this conflict was surprisingly mature and unexpectedly interesting.

This is surprisingly good. I'm glad that I give this story a chance despite its bad review. The plot is actually quite simple and the story's length is just right. It's not too long and it's not that short either. There is no loose ends and the ending is also very satisfying. Here is this story's summary: MC is a daughter of talented "weird doctor" who is famous in jianghu. Like her father, she's also a talented doctor herself. While ML is an already well-known divine doctor who often went around the... more>> country to give treatment for free. Their first meeting was accindetal while in their second meeting, MC deliberately searches for ML because her father's antics.
Spoiler

Her father casted a gu to ML because he annoyed him. The reason is: ML rejected MC's mother marriage proposal with their daughter (ML didn't know that she was MC's mother). That made MC's father unhappy and MC reluctantly searched for ML in order to clean her father's mess.

[collapse]
After solving her father's mess, MC determines to leave but ML, for various reason, deliberately prevent her to go. And then you know the rest, they slowly fall in love with each other during their time together. Some reviewers mentioned about their misunderstanding that make MC left ML briefly. Allow me to voice my opinion regarding that matter:
Spoiler

MC and her rival in love were in dire situation. ML couldn't save both of them at the same time so he chose to save MC's rival in love first because she's the weakest. But due to unstable ground, ML failed to save MC and she fell to the sea. Since then, MC deliberately disappeared from ML's life because her heart was broken due to ML choosing to save other woman first instead of her.

Honestly, I don't blame ML's choice at that time. He's a doctor so he couldn't neglect other's life. If he chooses to save MC first then the other person will fall. Although he chose to save the other person first, I know that his heart was torn and he's anxious for MC's safety.

But I don't blame MC's resentment either. She loves ML so of course she hopes that ML will choose her first. Moreover, the other person is her rival in love. She knew that ML's decision was correct but as woman, she couldn't help to feel her heart breaking.

This series does not disappoint. I do, however, regret not reading it in order but it did not affect the story in the least and it did answer some unanswered question I had from previous books. All in all, this series is wonderful to say the least. The story, in particular, started a bit slow for me. There were moments when I got a bit confused but the knot in my heart was easily undone. The male lead is too gentle that sometimes it was maddening. I can feel empathy for... more>> the female lead. Although I did not like some of what was implied on this story but for the sake of story telling it was necessary to make this work so it was good, it could have been better but it did pass that entertainment factor.",) <<less
0 Likes · Like Permalink | Report
Leave a Review (Guidelines)
You must be logged in to rate and post a review. Register an account to get started.

Confessions of the Magpie Wizard