Novel Updates
RegisterLogin
Theme
Search
Your changes has been saved.
Advertisements
The Lord of Reincarnation

Home >
Novel >
The Lord of Reincarnation 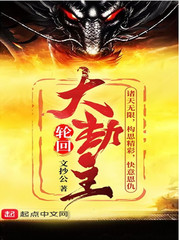 One entry per line
The Plagiarist
Wen Chao Gong
文抄公

Status in Country of Origin. One entry per line
503 Chapters (Completed)

Death, is it the start of a new beginning? In the martial world of warriors, only the physical strong dominate and make up the invincible. In the world of immortal heroes, with a sword in the skilled hand, he is able to sever anything that falls on his path… This is the story of a traveler, in an endless world of reincarnation.

These are recommendation lists which contains The Lord of Reincarnation. You should give them a visit if you're looking for similar novels to read. Alternatively, you can also create your own list.
N/A

A young man (presumably from our world or a similar one like it) dies and reincarnates into high tech future world with cultivation and finds that he isnt able to do anything significant. So he instead opts to live a regular life, run a small shop, and maybe someday gets married. But the powers that be were not satisfied with this mentality and decides to kill him through an unfortunate (un) lucky encounter. He gains new abilities but at the cost of his life. Reincarnating again, he heads off into a new world of ancient martial arts but this time with a golden finger and decides to take the path of martial strength. With a head full of misunderstandings and assumptions based on his previous lives, the adventure begins. In his first and seemingly second life, he avoided trouble. But in his third, he will pull it out by the roots!

[collapse]
This MC seems laid back at first but can be rutheless. This seems to be a wuxia story mixed with some cynical social commentary and a mature tone. Intellegent, but not arrogant. He is quick to recognize injustice, but acts properly and moves according to the circumstances.
2 Likes · Like Permalink | Report

This is a novel about a poor guy that was reincarnated into a sci-fi world of technology and martial arts. The MC quickly realizes that he's still at the bottom of society so he accepts his place then opens a pawn shop planning to live a simple life. He gets an opportunity of reading some scripture of a sacrificial book. Because of the book some people try to kill him, so he sacrifices himself to cast a curse and gains an eye talent along the way. His original talent to reincarnate saves him and sends him to the third world. The problem is that the world he goes to is a very low-level, low-intelligence ancient Chinese world of martial arts (I'm talking about the tiger/crane fist and all that bs along with the young masters), and everybody wants to kill the MC for some reason. If you're a new novel reader, this might be interesting but it's an extremely predictable and boring one for me,

[collapse]
It's a pretty good book for a light novel, the only problem I have is the barbaric world he was reincarnated into and how that changed the MC. I like that the MC is ruthless when he needs to be, clever and very quick to pick up on things. But he was reincarnated in a low intelligence world and has adapted to be very straightforward and dumb in the way of dealing with his problems. His solution is to punch through everything like a beast and create endless problems, if that's your thing then go ahead and read it but it's not for me
1 Likes · Like Permalink | Report
Advertisements
Leave a Review (Guidelines)
You must be logged in to rate and post a review. Register an account to get started.