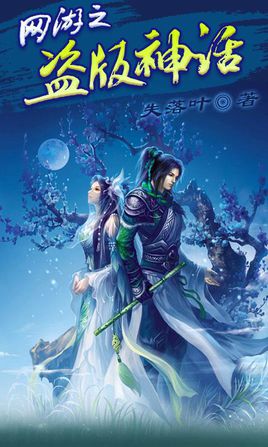 Status in Country of Origin. One entry per line
633 Chapters (Complete)
10 Volumes (Complete)

The MC was a former WCG Shanghai champion and ranked 8th in the world. For some unknown reason he didn’t take part and disappeared. At some time later he was working at a brothel during the launch of a new almost realistic VRMMORPG . So the employer decided to close the brothel and with her group (including the MC) playing the game for fortune.

These are recommendation lists which contains Virtual World: The Legendary Thief. You should give them a visit if you're looking for similar novels to read. Alternatively, you can also create your own list.
More Lists >>>

I agree with the reviewer about harems. Usually the novels that have a harem tag have a really boring plot. Most of the novels with girls being in a harem is badly written. They are girls with no good judgement. Why follow and be with a guy with multiple girls? Find ur own man who you don’t have to share with someone. This novel was okay, I read up to chapter 100 something and stopped cause the females were too annoyingly dumb and made me want to murder them. Damn... more>> author just had to degenerate women to this low level! Stick to writing either a story with plot or writing a p*rno! Why the heck did this story had to be about a main character in a brothel and he doesn’t touch a single one?! Frigging blue balls for this guy. I’m a girl and if I was him, I would have had to castrate myself if I was living in such a place and unable to do anything. <<less
21 Likes · Like Permalink | Report

Ended up stopping at v2c67 due to boredom. Basic game scenario w/ ultra harem. From brothel in real life to suddenly having all the girls and MC change jobs to professional game players seem to be a stretch. None of the girls seem that unique and of course MC is a chick magnet. I really couldn't find much interest in any character. I was actually more interested in the MC's back history about why an uber pro gamer suddenly dropped his life to become an assistant at a brothel. But... more>> most of the story is about leveling up and his current harem instead. I can't find myself ever continuing to read the rest of the story or the other misc sequels and etc. <<less
5 Likes · Like Permalink | Report

4.5 stars if I could, but 5 stars is to much, so 4 will have to do. I will put it simply. This series is better than the other series by the same author but, for some ungodly reason it is not as popular and there are less translators willing to pick it up full time, preferring to drop it... I wish Shiroyuki would just forget about the other story their translating by this stories author and translate this one. Also, the VR to some... may seem simpler than other series, but that's... more>> probably because most of those other bloody series are Reincarnation series, this is just a Lucky MC type story. The one thing though... I wish the MC would...
Spoiler

just give up on monogamy TT^TT and just go the harem route... f***, he's a millionaire and he just casually gave a few mill to each girl in his group like it was nothing, and doesn't even try to get some pussy! This little b**** MC. but, other than that, he's actually a great MC if it weren't for his monogamy Standards... oh, and Virgin Girl Lover Boy should have been his in In-Game name at least once in his life... it has a double meaning... Anyway, GIVE IT UP MC, EVEN IN 2007 MOST GIRLS HAVE HAD s*x AT LEAST ONCE!!!

This novel is more entertaining than the normal harem novels. It actually goes in depth and builds the side characters giving them a great backstory. Y'all need to chill this novel though slow at time is enjoyable and is pretty great. TO everyone out there looking at the comments before reading. Just give it a chance it has slow development and some interesting moments. Its not like Shura's Wrath development it is a completely different style of VRMMORPG novel. Try it and you might like it. Hopefully they pick it... more>> back up again. Spoilerish
@rdawv I don;t know how far you've gotten but the transformations in this novel are slow so give it some time and if you quit before chapter 100 then you won't see any major changes happening. Where I am is just starting to get to the good parts <<less

Disclaimer: No actual legendary thievery as yet. Thus far everything seems simplistic. MC has an interesting backstory but it’s yet to be elaborated on after 120 chapters except beyond the fact that he was dumped after his “fall from grace”. He quickly amasses a group of women and gets lucky with in-game drops and events. At this rate the series will become yet another Zhan Long. edit: It is another Zhan Long. Chapters of stats and “Shua! 387! 681!” etc., only broken up by the drama and emotional baggage of the women... more>> in apartment. A few are important characters, but some others are hardly mentioned about. Right off the top of my head I can’t remember how many women are actually living in the same house, that is how unremarkable the supporting cast is. Read if you like the author’s other works, especially Zhan Long. Expect more of the same. <<less
2 Likes · Like Permalink | Report

Again the written reviews here are way too harsh. This is an entertaining VMMORPG novel. If you like that genre you will like this novel. It’s not as good as Shura’s Wrath but it is nice light entertainment. It is easily as good as Ark. As for those that say the girls have no judgement, etc. Duh. Its a harem story. Like 50% of translations out there.
1 Likes · Like Permalink | Report

Seriously don't get why this doesn't have a harem genre. It should, so people who hate it (aka me) could avoid it and not waste a few hours of their lives reading something they dislike.
1 Likes · Like Permalink | Report

Found this disappointing. The vr stuff feels too simple compared to other vr worlds in other series. The MC’s interactions with other characters seem ridiculous, still it’s a decent read.
1 Likes · Like Permalink | Report

The MC is a waifu magnet.. What can I say first chapter and hes working in one of those massage parlors -cough- But thats not the story! We follow the MC as he goes into a vrmmo and makes money! Yea! We all love money, theirs romance and love interests all the same, and even pasts that are slowly touched up upon! For a VRmmo novel its pretty good so far there's no real blatant "I found a super OP item!" or things the MC uses his brains and past skills... more>> to climb on up in this world.
Highly recommended to people who like ARK and LMS, and all the other VRMMO's. <<less

This is the first time author writing gaming novel so there is a lot part lacking. It still better than most of other Chinese VRMMO type novel.
0 Likes · Like Permalink | Report
Advertisements
Leave a Review (Guidelines)
You must be logged in to rate and post a review. Register an account to get started.

World of Alvarra: Rise of the...
Advertisements