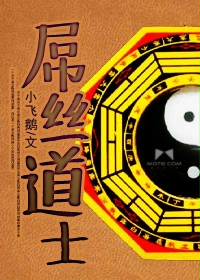 Status in Country of Origin. One entry per line
701 Chapters (Complete)

My old man really had no common sense when he chose my name. He was just watching a movie on television, Li Xiaolong’s Way of the Dragon movie. It was then that dad suddenly experienced a heavenly revelation and pounded the table: “It’s Li Xiaolong!”. And thus, due to such a heavenly coincidence, my father named me Xiaolong after Bruce Lee’s name. Since the beginning when I was born, bad luck always followed me and ONLY happened to me, I even almost died electrocuted when I was peeing under the electric pole.

It wasn’t until one day:

“Since you were born, no matter how dangerous the things that happened around you, you didn’t die right? That was because of the Red Arrow mark. Great misfortune will always follow you until you’re dead. Only by practicing Taoism will you be rid of this predicament.”

Though timid, Xiaolong himself was a bit superstitious but that did not outweigh his disbelief, reluctantly he believed the dying old man, even if it felt like the old swindler was just making another joke out of him. It wasn’t until when he was shown what a ghost would look like did he start to accept “the reality”.

The dying old man eventually died, and his spirit proved to him that he was seeing “the real thing”. He left him a legacy of 50 thousand RMB in cash, and 1.5 million debt in papers. But his most important legacy were the Dao teachings compiled in a thick book and his follower, the ancient female high-leveled spirit, Murong Daiyu who became Xiaolong`s half-master afterward.

The female spirit said gently: “You are now the succeeding disciple of 54th Bull Celestial Daoist Master, as well as the sole candidate for 55th generation head.

These are recommendation lists which contains The Lame Daoist Priest. You should give them a visit if you're looking for similar novels to read. Alternatively, you can also create your own list.
More Lists >>>

The Lame Daoist Priest. The name of this novel really does sound lame, but it describes the MC: a man blessed with unfortunate destiny sets on the path of becoming a righteous daoist priest. The first chapters may not interest you (like one -two thing may feel forced), but please bear with reading through so you can more easily and enjoyable immerse yourself in this great (for now) story! I am up to date and have to say the series is really interesting, the writing style works great in telling properly a... more>> story. There really is not much to add, beside urging you once again to read it through - it has only 16 ch for now, but I will be looking forward for this series from now on :) <<less
18 Likes · Like Permalink | Report

Nice story. I would characterize it as if Resident Evil got sino-fied and had Taoist elements thrown in. MC is a bit calm personality-wise for a CN novel, but he's also a bit s*upid. S*upid in the self-righteous justice avenger, and self-pitying kind of way. So he does actions that probably don't look good in retrospect if he had enough time to think about such things, but he doesn't and keeps repeating similar actions. Supporting character are either OP-grandparents type figures or a bit flat. Often used a foil to get... more>> the pace of the story going because this story is pretty slow for a xuanhuan. As for c61 the story has plateaued for me and am rapidly losing interest. Translation skill to english is good though. <<less
7 Likes · Like Permalink | Report

Great modern day xianxia. Very different from the usual stories of leveling up and realms. There are some hints to inner energy cultivation in the future, but for now the story is about MC exorcising ghosts and evil spirits. The tomb raiding arc was great. The MC isn't a ruthless sob, but he's not a pushover either.
5 Likes · Like Permalink | Report

Another hidden gem! I am glad I found this novel but it isn't for everybody. This novel is like a Chinese version of the Dresden Files if you've heard of that series before. Obviously the translator/editor aren't pros, but it's good enough and there's lots of entertainment. There is cultivation but it's not the focus. This story focuses more on events and development. Highly recommend reading up til chapter chapter 25 at least. Really good arc starts around there. You have nothing to lose.
3 Likes · Like Permalink | Report

This started out interesting. Yet, got lame like any chinese novels. Not being prejudice or racist but it's just so typical. Modern day MC story line plot ended up with the same lame cultivation crap. When it popped out storage rings, that was like the signal to dump this into the tr*sh bin. Then come mysterious sect. Blah blah blah. I don't understand how u would shot yurself in the foot? Writing was supposed to be about imagination and creativity. Now, the trend is mostly plagiarism of the same concept... more>> and ideas. So unmotivated. Does real life really depicts of bullying like the novels? It's like 10 novels would have 11 novels talking about bullying. NO, the math is not wrong. That 1 extra novel is a knock-off novel of another novel that just got published and not finished yet. That is how the industry in the so called literature world of China works. People would publish a knock-off of another so fast in a blink of an eye. I mean-if the MC of this novel just went on his way to experiment and learn things on his own to be powerful even without the guidance of his so-called dead master, then this would be hit. He would work hard to fight ghosts and zombies. He would be well known for his creativity and hard work. Ahhhh... alas it wasn't so. So lame. The writing is so poor. The MC/writer would criticize Jiannin for his funk style of wearing clothes and talks as such. Then in return, the MC talks in vulgar language and cusses. Do you know what Hypocrite mean? If not, look it up. A novel is literature. Literature, is it about vulgar language and cussing? Ever thought about one day your kids reading this sort of stuff and be cussing non-stop? Just FYI-this was good and interesting up to about chapter 50, I think. Then it started to derailed and got weird and lame. <<less
2 Likes · Like Permalink | Report

It's a nice story with an interesting story with some emotional value and also sadly you can also say that the main character even if he face all kinds of problems he won't die due to the author making him kinda cursed~ I also kinda feels that this story might be tagged tradgedy in the future the fact that ... more>>
Spoiler

I really can't like this MC. It's like author picked up a scummy side character from another novel and forced him to become the lead.
Spoiler

at first the behavior of MC could be under stable. But after he almost died in the accident, I thought he would have matured. But as far as I see he is still a dumb, reckless and insecure brat.

A good novel but a bit slow placed in the cultivation department, as the MC aint really good at cultivation and hs master dies soon after he gets his legacy, MC is not ruthless as in most modern world novels, he is unlucky so to be not unlucky he has to help other people as much as he can, th author mas mixed action, romance, comedy quite well and it flows through the novel, only bad thing I can say is that the employee he has, he is too forgiving... more>> and doesnt know how to make him work for his pay, and he keeps still giving money to him forevery type of expenses. <<less
1 Likes · Like Permalink | Report
Leave a Review (Guidelines)
You must be logged in to rate and post a review. Register an account to get started.