Novel Updates
RegisterLogin
Theme
Search
Your changes has been saved.
The King of The Worlds

Home >
Novel >
The King of The Worlds 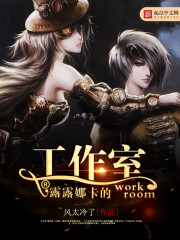 One entry per line
无敌青衣

One entry per line
无敌青衣

Status in Country of Origin. One entry per line
720+ Chapters/ 8 Volumes (Ongoing)

This is a world where a king is the most powerful.

As long as countries are established in different dimension spaces, they can integrate their resources, land, civilization, and cultivation system into their own king’s world to expand their territories and accelerate the process of civilization.

Qin Yi soon discovered that these dimensions were familiars to him from his previous life.

in Naruto s world, the integration of ninja civilization, the whole people are ninja. into bleach world, conquer the world, expand the world map let the world evolve into a shinigami civilization.

Is this just finished? No, everything is just beginning!

Dragon Ball, journey to the west, Marvels, Pirates, all the sub-worlds, is the nourishment of the King’s world civilization!

The first subject he met was Gandalf

The first world is Naruto’s.

One entry per line
KOW
国王世界

These are recommendation lists which contains The King of The Worlds. You should give them a visit if you're looking for similar novels to read. Alternatively, you can also create your own list.
N/A

I rate this novel at 2 stars out of 5. While the previous reviews made me curious about the plot, there's little to no plot. The MC appears put of blue, does 'stuff' and acts like a hypocrite. His powers are limiting free will and his subjects are, hm, too loyal due to his own skill - and that's yet another contradiction that the novel has - an incompetent person put in a high role can still damage his king even with all his/her 'loyality'. Currently I'm at chapter 62 and... more>> things don't look to great. I'm begining to lose my interest, there are few interesting things happening. The MC just goes around, throws sone line and perspectives and is being superficial and hypocrite. A big dislike for me - there's no proper plot, nothing to 'tie' down characters, no possibility for the characters to grow on you or for you. The writer seems to be, at most, amateurish and the whole novels looks mpre like a sketch than an actual story - it's not fleshed out enough. The translation is kinda 'rowdy', there's a need for an editor. <<less
5 Likes · Like Permalink | Report

A great read! Volume 3 is a bit slow for me,
Spoiler

as I have read to many immortal cultivation novels,

[collapse]
luckily its not as long as the others. Volume 4 & 5 picks up the slack though. I recommend you read at least half of volume 1. (Which is currently translated as of this post.)
Spoiler

Volume 2 chapter 86-91 explains some of the reasons the father left, while also showing some of his power.

Solid read until now. I ignore the fact that characters do behave differently and exist at times they should not. Lets see how they will jump from Naruto World to Bleach or One Piece. That will be the most interesting fact. At that point they either f*ck this novel up or make it a good read. Power scaling is always a matter that should be reasonable. And I actually want to see how this "kingdom" is actually build up? Will we end up spending time in the main world as well?
4 Likes · Like Permalink | Report

Suprisingly a good idea. Actually the same idea I once had :D But hey I am not an author and probably could not go far after the generic idea to create an interesting read. Anways, I like it until now but we will see how its fast paced and low word count per chapter will impact the story. Gotta charge one star for the kinda poor translation though. If they could get a proof reader it would be nice since some passages read really poorly and could benefit from rephrasing them.... more>> You also kinda get confused at times because of that I think. <<less
4 Likes · Like Permalink | Report

A bit fast pace but relatively interesting to me and gives me the feeling of having a ton of potential if the execution is done right.
3 Likes · Like Permalink | Report

Although he has had a disappointing relationship with some random woman I don't even care about, but it doesn't seem like it will really end like that seeing how she came to his kingdom after abandoning him and even saw him in his bed

That was pretty much the only meh thing in the novel for me because I feel like what she did wasn't fair to the MC but it still has a chance for them to get together again.

Though it's not like it would matter that much if the MC forgot her or just got together with her again, it's just minor stuff that basically doesn't matter at all so yeah don't really bother about it

By this point the MC is exploring his unique characteristic as king, his "talent" in the panlong world

[collapse]
The whole point of the novel is basically the MC trying to survive in this mysterious place that coincidentally seems to have worlds from animes that he saw from his supposedly past life, he has supposedly crossed to the body of this teenager that is part of a special race that is basically a civilization upgrader and creator. The main point of his powers is to travel to various worlds, conquer them and make them join his civilzation. As he conquers different worlds he can mix their powers and specialties together to make his civilization stronger and prosper more. An example would be if he conquers two different worlds, one of them having cultivation, and one of them having an RPG-like system, they would be able to be mixed together in his civilzation. You could basically choose to become a ninja, an immortal, a scientist, whatever you want. This is also the case when he conquers sci-fi civilizations so that he can get lots of black technology and, you know, sci-fi stuff. There's also the aspect that whoever joins under him in his civilization is influenced so that they will never harm him, but it doesn't really bother me that much, because they also win benefits by this.I mean, if you had to pledge your allegiance to someone in exchange of ways to get stronger, become potentially immortal and obtain potentially infinite knowledge (beucase the guy can travel to whatever world he wants, which will certainly have new knowledge to explore and research) would you do so?I would, probably. You can always get stronger than him anyway, and he won't be able to order you to do anything. That's basically the principle in whatever survival novel ever. If you're strong enough you can do whatever you want. It's definitely worth reading. <<less
1 Likes · Like Permalink | Report
Leave a Review (Guidelines)
You must be logged in to rate and post a review. Register an account to get started.

Heroes of the Past

The heart of an Isrith.
Advertisement