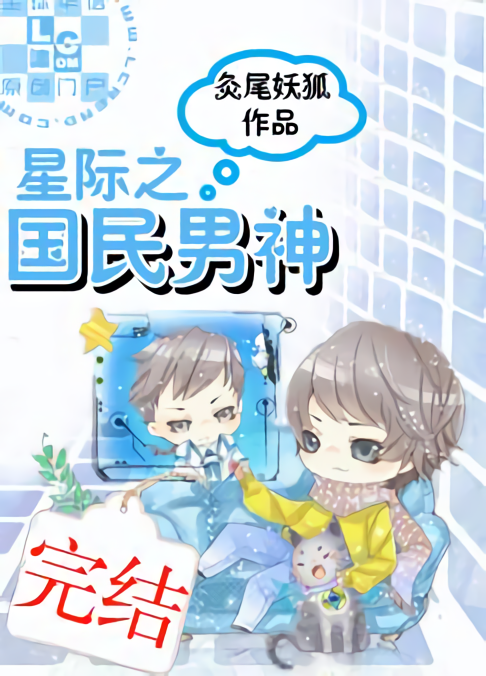 One entry per line
Demon Fox With Fiery Tail
灸尾妖狐

Status in Country of Origin. One entry per line
405 Chapters (Completed)

When a genius cultivator transmigrates into a new world, he suddenly becomes a waste without a system. After being chased out of his family, he’ll cook delicious foods when he’s ravenous. He’ll fish when he’s bored, and in his free time, he’ll act in films. He’s really living the good life. However, there’s an annoying person who always comes seeking trouble. Although I may have a gentle personality, that doesn’t mean I’m a pushover!

One entry per line
IMG
星际之国民男神

These are recommendation lists which contains The Interstellar Male God. You should give them a visit if you're looking for similar novels to read. Alternatively, you can also create your own list.
More Lists >>>

The usual interstellar transmigration trope with entertainment element. Instead of normal world, the MC came from cultivation world. MC was a genius cultivator but he died after protecting his world from demon king then transmigrated into the body of waste person. His new body is called waste because he can't have this thing called "system". This system is like a supporting script that can assist them with their work (don't know where this system came from though) but it's not very detailed on how they grade the system (low, middle, high).... more>> Almost everyone in this world believes that system is everything, so without a system everybody shunned him except his loyal broker and his family from the mother side. There's nothing much to know so far with the ML, he's the typical iceberg major general from the army. I'm now at the part where I found the biggest flaw in this novel.
Spoiler

There's this part where the MC take in an interview with the film crew and they have to answer historical event as a minigame show. Why MC can answer them? Didn't he came from different world with cultivation? If he studied it in the school or if he came from normal world then it's alright, but he obviously came from cultivation world!. What confused me is that he mentioned that he can not answer any event in that era but if it's historical event he can do it. How?

thank you to the translators. I liked the first half better than the second, (especially the last 50 ch). The cultivator angle was interesting and I liked that he doesn't magically know how to do most things at first and has to get help. It's also nice to see the MC and ML start out as fiance without one side completely loathing the other at the start, though they are both indifferent. The system angle was interesting as well, but since the MC doesn't have one, there isn't all... more>> that much detail, just a general vague explanation and I feel it was underutilized (though his comments about free will vs predetermined paths was a nice touch). I also liked that the two were equal partners who faced things together and that both the MC and ML were quick to share their secrets not long after they got together, thereby avoiding long drawn out drama and misunderstandings. as others pointed out there are some glaring inconsistencies to overlook.
Spoiler

the MC is from a past so ancient its prehistory (hidden) yet he knows all about Chinese history, arts, hobbies, writing, and foods which happened hundreds of years in his future, long after his death. The MC says he can't read the language that is like squiggly worms yet he has no problems studying in school and taking tests, signing contracts, giving autographs, etc. Yes eventually he learns to read and write but he was doing some of that stuff before he learned. The MC also had very high cultivation in his world and had no need to eat yet he's practically a four-star Michelin chef. Why bother giving him the background of a cultivation world if he's going to act like a 20th-century Chinese chef with a history degree and an interest in traditional art who just happens to be a cultivator on the side? Also, what happened to the white tiger cub he brought home from his first time on the beast planet? Poor kitty is never mentioned again; when he brings home the white fox the only animal they have is a dog that lives outside and had never been mentioned once in all the chapters previously.

not every story set in the interstellar world needs to involve Zerg and war. The devil cultivator would have been more than enough for a final boss without bringing in the bugs. My interest faded once the story stopped focusing on the entertainment circle and moved on to other things, like the Chinese obsession with mecha and the military. Not that the MC and ML totally give up being stars, it's just pushed into the background because MC and ML take months of vacation at a time in between each work to play in the military and grow some kids in a vat. The school falls by the wayside completely until its suggested he switch.

this was steady at a 3.5 until we hit around c350. I started skipping once he changed school to the military academy to play with robots and I realized the focus and genre had changed away from the entertainment circle and into propaganda and nationalism; it turned into an epic starcraft mecha war against zerg + war against the treacherous demons creating victory for the country and proving Chinese superiority to the universe. I admit I lost all interest after that and just wanted to get to the end. I ended up skipping about 20ch once the fighting broke out and started reading again at the final confrontation chapter (around c400).

[collapse]
overall I give the first half of the story a 4 and a 3.5 for most of the second while the last 50 or so ch was more like a 2.5 because of the total genre shift. I added a.5 back for the afterward, which was warm and fuzzy and let us learn more about the MC's roommate from the school he so rarely attended. I think if I read this again I'd just stop at the award ceremony and skip directly to the afterwards. <<less
2 Likes · Like Permalink | Report

I could not categorize this novel as good or bad since some contains really hilarious, good and exciting part while some chapters are really annoying, full of flaws and inconsistencies. Both ML and MC are OP. this novel doesn't have any twist. A straightforward with a chopseuy stories (really lot of genres and very chaotic) . The author didn't focus only on entertainment/system, there are military training, zerg, reality show via VR that makes actors experience different world etc. In short, this novel contains a lot of things. Probably the... more>> author wants it to become unique and interesting. Well, she achieved her purpose on some of the stories but not on others. Hence as the story progresses, it honestly becomes annoying. I don't know if I should rate 3 or 4stars <<less
1 Likes · Like Permalink | Report

This is basically like 'The Young General's Wife Is Mr. Lucky', with cultivation from absorbing the power of 'faith' MC, but MC is not a as much of as a Gary Stu in this one, although he's still OP with his cultivation abilities from his previous life. The plot is more of an 'entertainment circle' genre, but I found it relatively enjoyable, and later on it involves some martial arts and mecha/battles as well. The ML, though seeming the typical emotionless ML, is very sweet to the MC. ... more>>
Spoiler

I thought there were 2 MLs at first, but it turns out Han Junzhan has two systems that allow him to switch appearances. Anyway, I won't spoil too much, you can figure out easily his other form. 😉
Like in 'The Young General's Wife Is Mr. Lucky, MC eventually teaches ML how to cultivate as well.