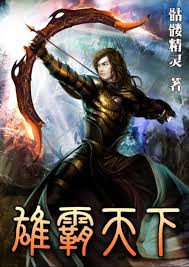 Status in Country of Origin. One entry per line
600 Chapters (Complete)

Zou Liang, a man with a passionate interest in a fighting game came into a world governed by the beast tribes.

There the ones with high martial ability were respected.

Extreme beauties were a little silly.

This guy felt depressed. Such a crazy world really could force a civilized person like him to turn crazy!

Scoundrel Zou began his unrestrained and destructive journey in the Beast God Continent.

Rules? There are no rules!

Principles? His actions defined the principles!

Occupations? Occupations were as unimportant as fleeting clouds. What he sought was omnipotence!

In a different world, Zou held the same passion.

This is a story of a nobody becoming the great conqueror—step by step—as a human, filled with touching emotions, explosive anger, and hot blood forever!

These are recommendation lists which contains The Great Conqueror. You should give them a visit if you're looking for similar novels to read. Alternatively, you can also create your own list.
More Lists >>>

(4/5) Once you ignore a few glaring plot holes / unbelievable circumstances... such as (minor spoiler)
... more>>
Spoiler

A gamer being absolutely unparalleled at fighting because he was good at a fighting game on his computer. Simply remembering that he was a gamer allowed him to instantly beat trained and armed warriors who are stronger and faster than him barehanded.

Him being able to analyze magical techniques that are brand new to him and improve them beyond anyone else in the world the day he first begins to study them, because he has a science background... Also a minor inconsistency with people not recognizing him in the "virtual battle world".

[collapse]
I simply made up my own plot device in my head to cover these points, as the given explanation is obviously flawed. However, once you overlook them, it is actually an entertaining story. I nearly dropped it at chapter 5, but I'm glad that I continued on reading it. It's a gary stu story in the same vein as battle frenzy and tempest of the stellar wars, in that he also combats in a "virtual space" incognito in a disadvantageous condition, creating a crazy win streak against the strongest challengers. If not for the glaring plot holes I might actually rate this story higher than the other two, as it scratches the itch of bringing a science and engineering background into a primitive world. (not nearly as much as release that witch however) <<less
21 Likes · Like Permalink | Report

a pro-gamer/manufacturing engineer gets reborn into the body of a bearman in a world where everyone is part beast (beast parts mostly having to do with powers and abilities rather than resulting in furries). Bearmen are supposed to be brainless brawnies, but our protag gets to keep his intelligence and knowledge, and uses them to quickly rise up from the bottom. cons : first few chapters are infodump hell, the story progresses at an incredible pace (note, incredible, as in, not credible), the unfamiliarity of the author's world... more>> makes it take longer to get immersed. pros : there's a bit more character development early on than usual in this genre of novels, the fast pace keeps things interesting (this is gunna be great to binge on later), antagonists aren't always one dimensional, some characters are pretty adorable and mc's interactions with possible shipmates are better than average. Overall, more than meets the eyes. For now, I'd def recommend people to pick this up. Or pick it up when it accumulates more chapters, but yknow, gotta promote what seems to be a fun read so TLer doesn't get discouraged. Keep up the good work! <<less
15 Likes · Like Permalink | Report

This novel has been pretty interesting as it is a bit unusual, you can totally ignore the synopsis since the MC being a "passionate otaku for a fighting game" plays no major role in the novel other than giving MC his dao (by dao I mean his "will" to fight) and the author doesn't mention his reincarnation often, heck I even forgot he was a reincarnated guy lol. The world they live in is a beast man world and every race has specific traits (MC is a bear so bears have... more>> lots of strength and they are dumb and honest while eagles are archers and have huge noses and such), oh and they are humanoid most of the time so I just imagine them with like the typical japanese anime stuff (cat ears and tail and voila its a cat girl). I gave it 4 stars because of the names of the races are f*cking confusing.. They are not called "bear race" or "fox race" instead they are called like "Be Si Te" or other random sh*t that the author invented by smashing his face in the keyboard and with the current translation speed its kinda hard to remember them and makes the experience a bit confusing some times. Other thing I dislike is the MC hiding his power, im not a fan of that.. But in this novel the fights so far have been in a spirit world they enter while they sleep (yea talk about crazy shit) and he goes absolutely primal there and obliterates everyone, but when he is not in there he hides his power and is only a thin bear. <<less
8 Likes · Like Permalink | Report

Hmm, it is quite a pain to review this novel. If we talk about what it is good, then it is extremely evident. But if we talk about what is bad, then a problem appears. The entire time you read this novel you get a strange feeling that something doesn't seem to fit no matter how much the story progresses. Slowly this feeling grew until I finally understood the reason around the chapters 30-32. ... more>>
Spoiler

The author is figuratively speaking using threads of plot broken from other novels and mingles them together creating an apparent well structured novel that at the same time has to many conflicts as their nature differs too much. The talented Otaku that died playing online games as a champion (No game, no life), resurrected in the body of a waste that suddenly becomes the rarest species (50% of xianxia/xuanhuan), that has a good brother not related to him by blood, that is weaker than him and listens to everything the protagonist says as he is quite s*upid, but in the end proves his rare and awesome strength (Against the gods). The calm and refined beauty and the pure mischievous loli (small girl) that represent the beginning of the harem (Against the gods), the old men who either insult the protagonist as they believe he doesn't have a chance to be an important cultivator or the ones that see his talent and have an org*sm each time the protagonist manages to do something unique. (80% of xianxia). Then we also get the cruel enemies prepared to kill the new talent, which for some reason, coincidentally has to leave the protection of his backing for a mission he is forced to do (90% of xianxia).

[collapse]
These are the so called plot threads that are borrowed. Together, through an original world with a different cultivation system and seemingly unique species these borrowed 'threads' fade away. That, as long as you ignore the cheesy lines, the poetry (a step into the past), and the cliche development of the protagonist personality that is suddenly capable of integrating in this new world. At chapter 31 the plot has clearly shown the author intention of diverting the course of the story forcefully by creating new plot lines out of thin air. Lastly, I'm sorry for complaining so much, but I want to tell everyone to be careful when reading the translation as the punctuation is not done well or is missing altogether. Also, the translator is most probably a person who studied English and didn't had a chance to interact with a society that speaks English as the main language. Because of this the translation feels a little stiff. Altogether, this novel deserves 3 stars, as it is capable of showing hints of originality. I can't say I strongly recommend it, but it still deserves its praises for what it is doing right. <<less
8 Likes · Like Permalink | Report

Honestly, of the three copy pasta titles this author pushed out, this would be the greater of its brethren. The MC has more personality and bite to him. The plot is palpable and resonates with an almost zealous sense of possible religious fervor. Of all his stories, this series alone gave me a little tingle. Grammar: 2.3/5 Writing: 3.9/5... more>> Story: 0.5/5 (It's been rehashed three times over by this same author, almost identical story, plot devices, and conversations while only changing the settings and names.) Grammar is pretty bad at times, though it's understandably difficult to translate from Chinese to English it could be better. Writing is pretty consistent with this author, no real improvement through any of the works I've read through but still enjoyable. The story is unoriginal by the author's own hand. Rehashing almost identical stories with almost identical dialogue through different settings feels almost like cheating. The templates are literally all the same. Most of the "jokes" are rehashed as well. Similar MCs, exact same female cast with different names and abilities, female love interest is introduced in almost the exact same formula (starts with the strong female lead, then introduces the love interest without getting to deep into the character before suddenly throwing the love interest into your face with rapid relationship development before love interest is carted off to the side). All in all, not a really good way to push out stories, but honestly I'm enjoying all three of em. I'd recommend picking the setting of your choice and sticking with that one story. <<less
7 Likes · Like Permalink | Report

It's a pretty good transported story, apart from the first chapter, where the author just dumps on you all the lore in the worst possible way. Main character is interesting, though I don't think you can be that good in martial arts by playing games and just "trying" some of them in China. But I don't care, as it's well done in the end. It's good to see that the MC is not hot blooded or arrogant, and on the contrary uses his head. Side characters are OK too, and the world... more>> building is interesting, even if for now it's too soon to say if it's more slice of life or actually there would be something big ahead. <<less
6 Likes · Like Permalink | Report

Overall a good novel, let's only look at the bright side Now I accept that it's kind of... more>> a cliche novel, it has tried to build up very very good foundation but finally finishing only in 600 chaps, no comments on ending (you can guess that). But whatever it is, from my point of view, even it's only 600 and so chap, it's more ENJOYABLE and SATISFYING novel than most of Chinese novels. So just read it, otherwise you will definitely miss a good one out there. <<less
4 Likes · Like Permalink | Report

Starts good with some interesting ideas. The quality drops after a while and the ending is rushed. Typical OP stuff and plot armor but it isn't too annoying until the author starts leaving loose ends unresolved. I also wasn't a fan of how the harem ended up. Give it a shot if you like the tags but don't bother finding the MTL unless you really need to know how it turns out.
1 Likes · Like Permalink | Report
Advertisements
Leave a Review (Guidelines)
You must be logged in to rate and post a review. Register an account to get started.