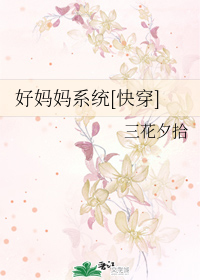 Status in Country of Origin. One entry per line
194 chapters (Complete)

How does an unmarried woman suddenly have an abundance of offspring everywhere? Female lead Dan Jingqiu suddenly dies from a heart attack. Her soul was taken away by ‘The Good Mother System’, 008, and brought into the world of novels. Aiming to fulfill the final wishes of mother characters and to release their souls from their regretful attachments to their respective world, The female lead travels through different novels to save various children from their pain and misfortune. In the process, she undergoes personal growth and change, Ultimately becoming the admirable good mother of her wards.

This novel is a series of short stories with quick plot developments. It delves into the complex relationships between a mother and her children involving love, conflict, and contradictions. Using empathy and love, the female lead changes various worlds’ original storyline and ultimately prevents the bad endings of her children. Although the settings are all in the novel world, the solutions were practical and easily relatable.

These are recommendation lists which contains The Good Mother System. You should give them a visit if you're looking for similar novels to read. Alternatively, you can also create your own list.
More Lists >>>

Highly Recommended 5 stars. The stories are well writtenand touching examples of chicken soup for the soul. There's a very solid and well thought out reasoning and plotting to the arcs coupled with good characterization make these an absorbing read. I particularly enjoyed the arc "The White Swan And The ugly Duckling". It's a very solid take on the switched at birth concept and just what happens when it isn't found out till the kids are adults.
1 Likes · Like Permalink | Report

To start off, I am rating this 4 stars due to the fact that I read it a few days before my mother's death anniversary. With that said, I have a bias for mom protagonists. And I cried a couple of times until I finally finished this novel. You can tell that the author pulled a lot of inspiration from a real life mom because for someone that started off without children - MC has a tendency to say things that are similar to the things my mother used to... more>> say and the lessons she wanted to impart.
Spoiler

The arcs end in death - and honestly, all I can hope is that on my mother's death bed, she's as at peace as MC.

[collapse]
However, writing wise - the story could have been better if the author seems to be sprinting to the end of each arc. The time skips can also be a bit disconcerting. I think the author tried to take the "cinematic" route because I can see those time skips working well if it was a movie/drama. The maternal relationships are also a little shallow - instead of being complex and realistic, which I guess isn't helped by the fact that the arcs are short. Overall, not bad for a quick transmigration story and good if you want to read something that's not too heavy emotionally. It was a rollercoaster for me - it made me laugh and made me cry (even if like I said, it was a bit shallow). <<less
13 Likes · Like Permalink | Report

Very boring and bland. Character lacking. Too much plot armor. I'm disappointed 😔 I had high hopes for this one. The MC use her skills that she buy from the system and still dare to curse at him as inhuman. She never use her skills from her original world. Wonder how she became successful in her original world? She isn't mature nor open-minded. She's petty and lucky. She isn't a Mary-sue whose OP 'ness is not reasonable. I like Mary Sues if they are independent women but if nothing is explained then no!, thank you!
5 Likes · Like Permalink | Report

So far, so good. Very cute but short interactions between transmigrated mom and kids. Kinda different from other cn novels since this one seems like there’s no male lead.
3 Likes · Like Permalink | Report

the story is quite entertaining and funny, hopefully they won't drop it = (
2 Likes · Like Permalink | Report

Not a story for those who want to see the excitement of high highies and low lows. A very stable, but still touching storyline about a woman transmigrating between the worlds to play a mother for the kids with sad destinies. I love the main character, she's nice and caring; not a green tea face slapping domineering protagonist. Chapter 120 — no romance in sight, but this story is kinda not about it anyway :)
1 Likes · Like Permalink | Report

MTL ☆☆☆ 35-40% understandable Its an okay read. Its not bad, but it just felt lacking. Ive read 2 arcs by MTL so far and I felt like its too plain and too rushed. I'll still read a few more arcs to see if its still like that. ... more>>
Spoiler

2.5☆ for now..
Arcs are short, maybe thats why it felt rushed and lacking a details. Also, I kinda dont like the way it time skipped or change POVs, which kinda block you a bit and makes you a bit disoriented when reading. I had to read it a couple of times to get where the story is.

Like with arc 1, the transition was fast that I had to read it multiple times before you caught up with the story (it also happened in arc 2). She transmigrated, tells you what happened to the OriHost by the following chapter she was already well known cook. There's no buffer time. Not much interactions with the kids.

In arc 2, same thing, tho its 19 chapters, there's still no buffer time with the time skipped, no advise how many years have passed, its very vague. Again, not much interactions with the kids. And to think that these kids are literally kids, unlike the 1st arc where the daughters are on their 20's. You would've thought she'd have more interactions. But nada. I would've loved to see how she corrects their characters. Like the son here, he grew up cowardly until MC came.

Basically, main cons: Side characters were dumped with no follow up. Sometimes, even the kids were lacking. Like the characters are set up well that you will feel they are not fleshy enough and very bland. A little to none face slapping moments. Again, not much interactions with the kids. Awkward and fast transition both time skipped and POV. Its like good concept, but poor execution.

I felt bad, cause, I cant keep myself from commenting even though its just the 2nd arc, because I really really like these novels: qt, childcare, no love interest. And I feel kinda disappointed.

Its started rough but it got a lot better as it goes. Like at the start it felt like meh, like it needs more on this and work on that. But as arc goes on, the this and that are constantly actually being fixed. Im surprised. Over all its a good read. 3.5☆

It was a very unique and good novel! I haven't read anything similar before. It's short and very sweet. Although it is very vague in some arcs but the stories are good! If you are looking for something different then you should give this novel a try.
Spoiler

there is no male lead or romance in the story

The story of how a Cultivation...