Novel Updates
RegisterLogin
Theme
Search
Your changes has been saved.
Advertisements
The Girl Raised by the Death God Holds the Sword of Darkness in Her Arms 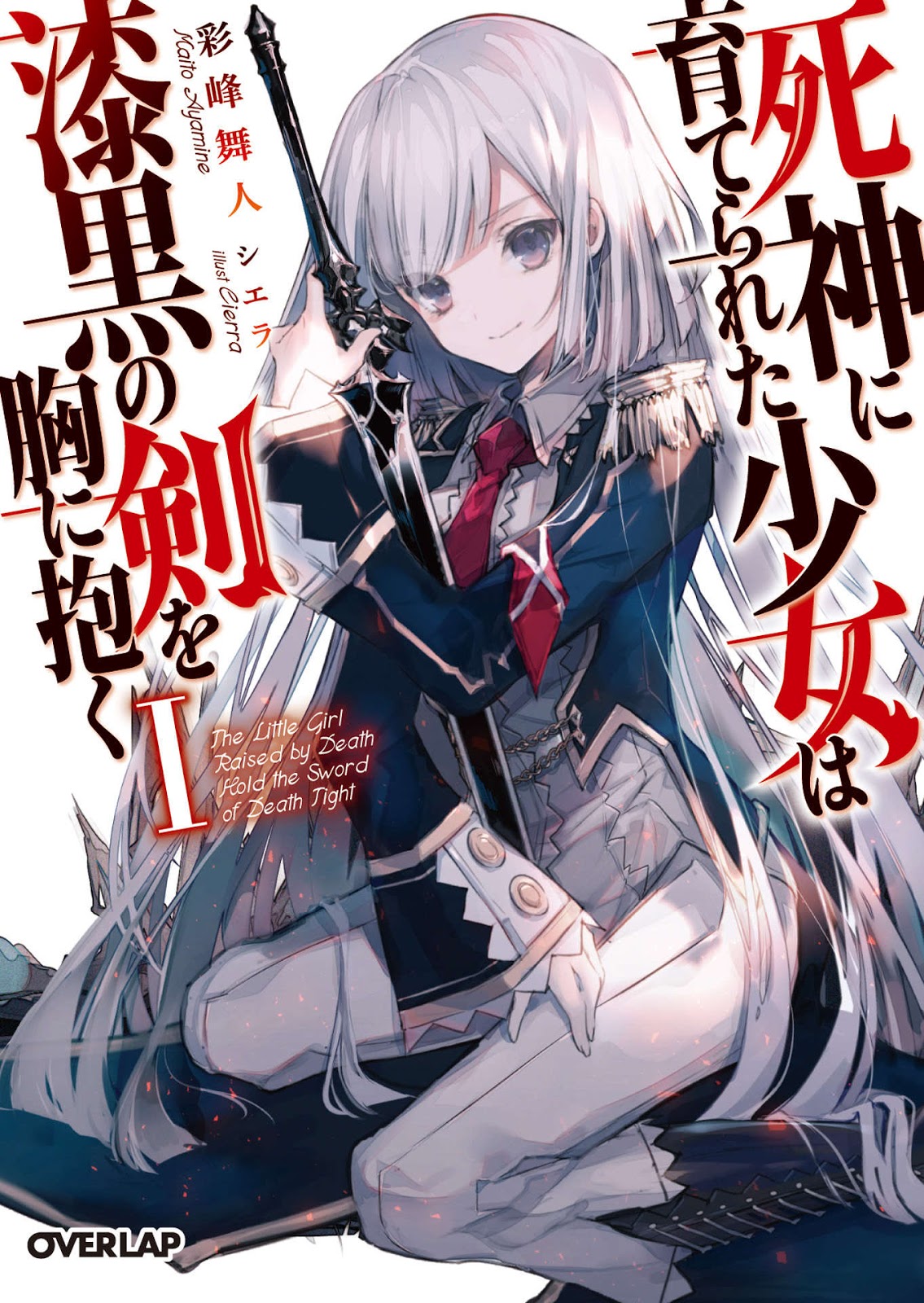 One entry per line
Cierra
シエラ

Status in Country of Origin. One entry per line
5 Volumes (Ongoing)

One entry per line
Overlap

—She is a girl with a bright smile on the battlefield.

With her silver hair fluttering in the air and dark eyes, the girl sprinted on the battlefield. Her name is Olivia, whose hands is stained with the blood of her enemies as she shows an innocent smile.

The deep knowledge and combat techniques of the entity who called itself a Death God has been branded onto her body. On Olivia’s 15th birthday, the Death God suddenly disappeared. Olivia enlisted with the Royal Army and started fighting in the war as she searched for clues.

Lunar Calendar Year 998. The Kingdom has suffered consecutive losses to the Empire aiming to conquer the entire continent. The innocent girl who lacked common sense will step into the battlefield as the “Strongest Chess Piece” of the Kingdom, and go down the path of a hero—!

These are recommendation lists which contains The Girl Raised by the Death God Holds the Sword of Darkness in Her Arms. You should give them a visit if you're looking for similar novels to read. Alternatively, you can also create your own list.
More Lists >>>

Tl:DR Read this if you want a light read about a 0 common sense, cute and OP MC that will brutally murder her foes for snacks or gifts as she tries to find out about her ancestry and where her "adoptive father" Z went. Slightly longer version below: ... more>>
Spoiler

The closest thing I can relate this to is Rain, but with a female main character.

It has some strategy in it, but it doesn't have the world building nor the depth of a proper strategy novel like Tenkyou no Alderamin and Altina. While it has plenty of fighting scenes, it doesn't have the deep plot, developed characters, relationships and epic combat scenes as novels like Rain, 86, the faraway paladin or highschool battle novels like Mahouka.

I really wish that the novel had more depth to it and was more fleshed out. There are hints of world building and the overarching plot, she tries to find out her origins and here Z is, but those bits are really short and leave much to be desired. I keep bashing this point because I feel like this novel had so much more potential. Right now it is just ok, but it could have been a much better novel.

It's no masterpiece, but it does do its job well in telling a story that is attractive for a certain crowd.

This is a poor man's/simplified version of "The Girl Who Ate a Death God" and "The Girl Who Bore the Flame Ring." I can't help but compare this novel to the two aforementioned ones. Because the plot is so similar; girl with mysterious origins with superhuman strength rising in rank during wartime. The girl has no commonsense and likes to eat. But the writing of this novel felt very generic w/ lack of depth in characters and military/war elements. 3 stars: I like the cute, OP girl slaughtering in the... more>> battlefield. But as of now, I don't care about the world or the side characters. <<less
7 Likes · Like Permalink | Report

Cute protagonist and easy to read, but laking depth and a lot of logical errors. The author tries to write something akin to „girl with the flame ring“, but has no clue how battles work. Stereotypical side characters make it easy to determine who will die and who will prevail.
3 Likes · Like Permalink | Report

I won't say much. If you have read the girl who ate a death god then you will love it. If you didn't but like reading about op girl beheading people during war times then you will also love it. So don't hesitate
2 Likes · Like Permalink | Report

This novel is pretty good and well-written. The story is simple and progress steadily, but by no mean uninteresting. The world building is expanding and has a lot of potential. And can somebody point out some annoying logical errors for me? Because right now I dont see any. The only thing I can nippick is how soldiers lead by Olivia-the main protagonist, can suddently become elite force when logically a lot of them are newbie or newly joined. But that did not make me annoy in any way so... any other... more>> plot holes? Olivia is the most likeable character I have ever read. Because what, she is pure like a bland sheet. She kill human not because she like it or is forced to do it. To her, human is just a species and at first, she cant even tell human apart. By interact with other people, she slowly grown, which is nice. The one thing I like most about Olivia is that her 3 desires is food, book and finding her teacher Z. The main trio of this novel is dynamic. Other chars are acceptable and at least act like human. Overall, this is a good novel. Just read it and you will see. Tbh, I actually like this more than "the girl who eat the death god" because that novel is just too simple and the ending is pretty much expeted given how dark the world is. "The girl who bore the flame ring" is still the best though. <<less
1 Likes · Like Permalink | Report

I haven't read the "The girl who ate a death god" and "The girl who bore the flame ring" novels yet, to which many people are comparing this novel. I think this novel is simply good for reading it and going with the flow, don't expect too much from it. There is no deeper plot as of yet, only the MC looking for Z, sometimes we get some flashbacks of her past. The MC is willing to do many things for the sake of achieving her end goal, she's quite... more>> detached from humanity yet also yearns for the one who raised her. Worth a quick read. //edit
After reading "The Girl Who Bore the Flame Ring" I can state that TGWBFR is much more immersive, invoking many more feelings and an overall better story, although that doesn't change my 3 star rating on this novel. <<less

The story of how a Cultivation...

Reincarnated as an Elf's Best Friend

Her Second Life As A Wife
Advertisements