Novel Updates
RegisterLogin
Theme
Search
Your changes has been saved.
The Girl in the Iron Cage: Lazy Little Beast Fei 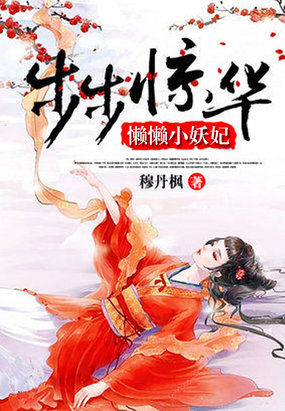 Status in Country of Origin. One entry per line
2269 chapters completed

When you wake up, you suddenly find yourself naked, locked in an iron cage, and next to you a pair of eyes are closely staring at you, where will you cover up first? Up top or down below? Luo Qingyu didn’t cover up, she smiled charmingly, and knocked him out. Crossing? It doesn’t matter, she is a top agent, in a different era she can still mix in the wind and water. Unspoiled daughter? Oh, she’ll let the old man regret until his intestines are black…….

These are recommendation lists which contains The Girl in the Iron Cage: Lazy Little Beast Fei. You should give them a visit if you're looking for similar novels to read. Alternatively, you can also create your own list.
N/A

I was drawn in by the first few chapters but I don’t know now, its starting to feel a little tooo familiar for me..... like Venerated Venomous Consort. Like I’m reading another version of it. The author seems to have a penchant for writing transmigration stories where her heroines are 21st century assassins, spies, secret agents etc, who transmigrate to ancient fantasy worlds. Thats fine but the plots gotta be different! But it is just too damn familiar! ... more>>
Spoiler

The heroine kills her boyfriend cuz she thought he was trying to murder her, regrets it, tells him she’ll make it up to him in the next life, he rolls with her off a cliff. She transmigrates, into a wolf girls body, meets a super powerful dude who wears a silver mask! This dude is like that one guy in VVC who wears the mask and is also powerful, like a carbon copy. I predict that he is the male lead. She meets He Xiang Wan but he doesn't remember her.

In one of the scenes her stepmother and her daughter scheme against FL and send an assassin to kill her. The FL sends the assassin right back to the stepmother’s bed and doses the 2 with aphrodisiac. Later on shes caught red-handed by her husband. Come on! How cliched can this get!

Another similar thing is that the FL has troubles getting out of an arranged marriage, which we also saw in Poisoning the World. Idk if there was such a thing in VVC but I wouldn't be surprised if there was.

The great national master, basically the master of the world (dude with silver mask) has an interest in the FL and wants to make her his disciple. FL naturally doesn't want to, but she ends up being his disciple anyway.

Did I mention shes waste material?

Anyway the FL struggles from being the weaker one and is constantly bullied by the silver mask dude. Which is a similar thing in VVC. This dudes kinda of a dick. And he has romantic interest in FL, but idk if he’s still ignorant of his feelings or if he just enjoys being a dick.

Also similar, she has many admirers, which also happened in Poisoning the World and VVC.

FL will fall in love with the silver mask dude but she’ll feel guilty towards He Xiang Wan becuz of their past. Silver mask dude will be jealous and be an a**hole to her. He’s the cold type btw. Maybe he’ll force their marriage. FL’s gonna run away but silver mask dude always catches up. Maybe FL will be with He Xiang Wan because of guilt despite not really liking him. Or He Xiang Wan will be in a perilous situation and FL will risk her life saving him. Silver mask dude will be angry, like “thats how much you like him!” and he’ll use his life to save her, and become very weak. FL will realize how much he loves or cares for her (maybe she’ll choose to be ignorant of his love because his status is wayyy above her). Then she’ll put the past behind her and be with him. Oh yeah, throw in some misunderstandings in there. Then they’ll face the evil villain together who’s a Great Demon King and yadayada....

[collapse]
Yeah so dropped, but can someone post their summary if they read this? That’d be great. But overall its looking like a carbon copy of the authors other works, which is disappointing. <<less
3 Likes · Like Permalink | Report
Leave a Review (Guidelines)
You must be logged in to rate and post a review. Register an account to get started.

I reincarnated as an insignificant Side...