Novel Updates
RegisterLogin
Theme
Search
Your changes has been saved.
Advertisements
The Frontier Alchemist ~ I Can’t Go Back to That Job After You Made My Budget Zero 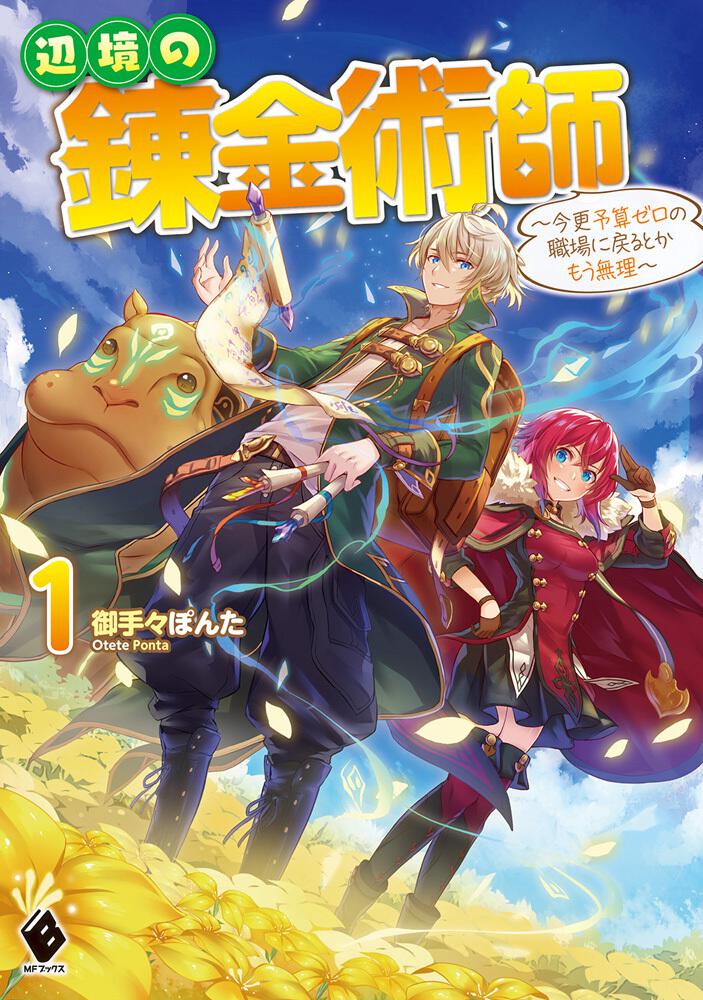 One entry per line
御手々ぽんた

Status in Country of Origin. One entry per line
279 Chapters (Ongoing)

Rust worked in the alchemist association. He specialized in basic research, but the current president, a former government official, failed to understand the importance of the basic research department and slashed its budget. To make matters worse, he was made to transmute basic materials for alchemists of other departments.

But one day, his budget for the next term was reduced to zero, and the president announced the basic research department was disbanded.

The same day, a friend from his academy days invited him to help develop her new dominion in the borderland, and Rust, seeing no future for himself in the association, decided to quit.

Rust was actually one of the greatest alchemists on the planet. The basic materials he transmuted were of the highest quality, and could not be acquired anywhere else. These high quality materials covered a lot of gaps in the association, and Rust’s departure made a big mess.

Feeling liberated after leaving the association, Rust worked in the borderland with a newfound enthusiasm and vigor.

These are recommendation lists which contains The Frontier Alchemist ~ I Can’t Go Back to That Job After You Made My Budget Zero. You should give them a visit if you're looking for similar novels to read. Alternatively, you can also create your own list.
More Lists >>>

As the other reviewer said, it's a bit early to leave a review. These chapters are pretty short so even at chapter 10 it still feels like this story is barely getting started. It reminds me of aspects of several other stories I've read and it's definitely doing nothing new, but it's an easy to follow writing style, it's well translated and so far none of the good guys are annoying so I will keep going a bit longer to see where this one leads. Will circle back when/if things... more>> change. <<less
0 Likes · Like Permalink | Report

It's early to leave a review, but this looks okay so far. The plot is very normal for the genre with nothing that really sets it apart yet, but I do enjoy overpowered main characters. I look forward to seeing how things go once he gets to his friend's territory and the inevitable suffering of the fools who didn't appreciate him.
1 Likes · Like Permalink | Report
Advertisements
Leave a Review (Guidelines)
You must be logged in to rate and post a review. Register an account to get started.