Novel Updates
RegisterLogin
Theme
Search
Your changes has been saved.
The Film Emperor Has Brain Damage 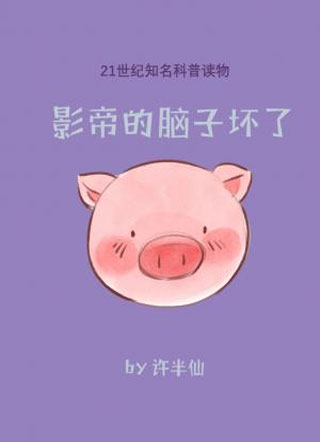 One entry per line
许半仙

Status in Country of Origin. One entry per line
24 Chapters (Completed)

The film emperor was involved in two car accidents at a young age which resulted in brain damage.

The psychiatrist worked on curing him, but the film emperor ended up with a lovestruck brain instead.

One entry per line
影帝的脑子坏了

These are recommendation lists which contains The Film Emperor Has Brain Damage. You should give them a visit if you're looking for similar novels to read. Alternatively, you can also create your own list.
More Lists >>>

A very nice short read with somewhat of an actual plot. I just felt like it was a little too short, like it was supposed to be the ending of the novel. Overall, I do recommend you check it out if you want something sweet to pass the time.
1 Likes · Like Permalink | Report

4.5 stars An interesting story of much depth (for such a short length). Big plot spoiler expanding on the super short summary: ... more>>
Spoiler

So MC (film emperor) had an accident when he was 16 yo and he lost his mother in the accident. The resulting trauma kind of created a separate personality in him from before the accident with no memory of losing his mother. He go treated and suppressed that personality and went on to become a film emperor. Fast forward to when he is 27yo, he got into another minor car accident and the suppressed personality kind of came out. So it's a split personality disorder. So MC wants to get rid of his 16yo persona so he came to get treated by ML (psychiatrist). MC kind of goes back and forth between his personalities but the 16yo self is not aware of the main older personality. During treatment, the 16yo self is the main personality as MC stayed as that self the most and that is when MC and 16yo ML fell in love. Kind of complex because ML knows there's a end date to their romance because the goal of this treatment is to get rid of said 16yo persona. It's kind of bittersweet. At the start of the story, MC is 30yo and have already ended the treatment (After 3 years) without knowing that they had a relationship.

[collapse]
It's a HE, thank goodness, but there's a layer of bittersweet in the middle. Minus 0.5 because the ending is slightly abrupt, felt like it could be longer. <<less
1 Likes · Like Permalink | Report
Leave a Review (Guidelines)
You must be logged in to rate and post a review. Register an account to get started.