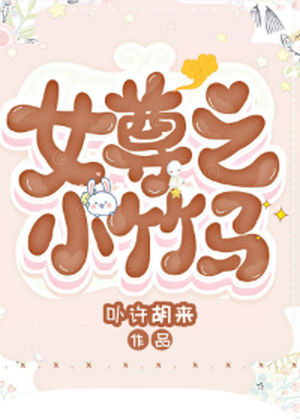 One entry per line
卟许胡来

Status in Country of Origin. One entry per line
68 Chapters (Completed)

When you grow up, you’re mine.

Lu Feng, with her fiery character and short temper, only had one fatal weakness. That was the lukewarm and soft Xu Mu.

There were so many youths in the capital, yet she took fancy to none of them. She instead sought after her newly arrived neighbour’s sweetie and secretly planned to kidnap him home.

Until one day, the two became cousins…

Lu Feng: That fertilised water Of our house cannot flow into someone else’s field!

Lu Feng: You are my sweetest Candied Fruit!

In their previous life, Xu Mu and Lu Feng were married for only half a year when she died in battle.

Xu Mu couldn’t bear the news of her death and followed her three days later.

Who knew that after he died, time flowed backwards and returned him to their childhood. Xu Mu sat on his bed, dazed.

In this life, he must find his wife first and then vigorously tease her, only letting her “off” after he teased her enough for all she did in their last life!

Xu Mu: Last life I did not love you enough, I want to love again. Starting from childhood as childhood sweethearts to a pair of white-haired couple never letting go.

This contains a Matriarchy plus MPreg setting. Hence the men will have kids. The roles are reversed as well. Just so you know.

One entry per line
女尊之小竹马

The Evil Wife’s Wild Husband (2)
Matriarch: Heartbeat of the Pear Blossoms Falls Late (2)
The Black Horse (2)
Absolutely Spoiled (2)
Rebirth: The Journey of a Wife Spoiling Her Husband (1)
You Look Like You’re Made of Money (1)

These are recommendation lists which contains The Female General’s Little Childhood Sweetheart. You should give them a visit if you're looking for similar novels to read. Alternatively, you can also create your own list.
More Lists >>>

The love between the ML and FL is a good one making people feel like they are eating dog food watching them. Might be a Translator or an author issue but the story feels like a reverse of gender stereotypes. The men seem weak and the women strong. Not a flaw to the story just something I noticed and couldn't ignore when the FL's mother appeared.
0 Likes · Like Permalink | Report

This best short matriarch rebirth novel, I completely read. It's sweet, bitter, fluffy and pamper on ML. It's Matriarch novel like Rebirth: The Journey Of Wife Spoiling On Husband. But I love Childhood Sweetheart novel better than Rebirth cause FL isn't scum or slag. She didn't treat ML badly in first life. She love ML much, doting on him and protected him lot.
In Previous Life FL was General, she died in battle because of ambitious royalty scheming or betray by someone in her camp. Hearing news about FL die,... more>> ML's body become worse, he die to follow her. But he return to past with memories of previous life. Though FL didn't have previous memories, but she will regain past memories later. I like how much they both love each other, like how much FL dote on him and protected him. I like FL personalty. She is likable and perfect wife. She is cold, indifference and black belly who is only good to ML and pamper on ML lot. ML is so adorable and soft. Their relationship is heartwarming, so sweet and fluffy. I love their interact most. If you are into fluffy, sweet and heartwarming novel. Highly recommended this gem sweet, fluffy novel. <<less
35 Likes · Like Permalink | Report

I'm 8 chapters away from finishing this novel and felt compelled enough to leave a review about this story. First of all, let me just say that the story is great. Very little angst and most of which stems from the MCs trauma of losing his wife from his previous life. That was actually my favorite part about the story despite my strong dislike of angst. It grounded the character quite a bit and it solidifies how much he fears losing loved ones during his second chance in life Ok, why the... more>> 3 star rating then? Simple. I had high expectations about having a female general plus a male MC for a change. BUT, that's where the story failed me. The characters are basically written in a way that the females are male while the males are female. I mean, men in this world have periods and get pregnant and were delicate and beautiful. While females are sturdy, strong, and handsome. I was so looking forward to seeing how the author would tackle a female general who had to deal with all the feminine problems that came with the gender. But no. To be honest, it felt like lazy writing. I wanted the general to be a woman and the MC to be a man. Instead, I got characters that seemed to parade as the opposite of what they were supposed to be gender-wise. Does that make sense? <<less
19 Likes · Like Permalink | Report

Finally we have a male as MC in a hetero romance novel! Nothing has been explained so far but I think the gender status in this novel are reversed. In other words, females are more powerful than males whereas the men are emotionally and physically weaker. We don´t have many of this type of plot and so far I´m intrigued. It´s a typical story about second chance at life and MC is the one chasing after his wife this time. It´s good so far and I´m looking forward to more... more>> chapters. <<less
13 Likes · Like Permalink | Report

First of all: This novel is very sweet and deserves to be translated. As for MTL-ing - this novel does not have a lot of complicated language, if you are used to MTL and are familiar with the commonly-used Chinese idioms (like 'digging someone's corner' or 'little cabbage eaten by a pig') then this one will be relatively easy to MTL. The story is sweet, there is no revenge/redemption. MC and FL loved each other in their past lives, but shortly after their marriage, FL died on the battlefield and MC... more>> was so heartbroken that his body couldn't take it and he followed her in death. In this life, things are different from the start. When MC wakes up after being reborn, things are already not the same as last time. Everything progresses naturally, there is no 'using past life's knowledge to dominate this life' (probably because last life was tragically short, he was around 16 when he died, if I remember correctly). All MC wants is to have a long, happy life with FL and his means to achieve it is to stick to her like a plaster (and he does it in the most adorable way). There is no angst between MC and FL, their relationship is pure cotton candy. FL is quite weak to MC's sweet attacks. The only sad part is MC's trauma from the past life - it was strong enough to suck the life out of him in the last life, and in this life it still hangs on his heart. Especially as they age and get closer to the events of the past life. <<less
12 Likes · Like Permalink | Report

The story is super cute and sometimes funny. But overall the historical setting is well versed.
I’ve read some comments saying it’s appalling and stuff. But hey, it’s MPEG and MATRIARCH combined. So what else do you expect. Matriarch refers to women being dominant and MPreg means men will bear kids. I truly think if you can’t handle it you shouldn’t even start. Coz when I read this, it actually felt similar to reading a BL with MPreg. And hey some BL with MPreg contains actual *bleeding on these periods where in... more>> this story it’s just stomach cramps. I usually don’t care to comment on stuff like this. But it’s such a cute story with loads of fluff so had to give the new readers a heads up. And what’s more we have to remember this is a historical novel. So as in normal historical novels women stayed home and was meek, in here it will be the other way around. As one again it has the Matriarch tag. Hope the new readers find this useful. <<less
6 Likes · Like Permalink | Report

Honestly I felt appaled reading this. This novel only caters to people with certain fetishes who are into female domination. By the first half of the book, I thought the author only used a matrilineal society as a background, but oh boy how wrong was I. The males in the group have PERIOD and go through PREGNANCY. I'm sorry but I found this to be extremely appaling since the only factor keeping the nouns 'he' and 'she' in the novel is their unchanging s*x organs. It's like the author is obsessed... more>> on being dominant in a relationship, but the fact that the males here are feminine and the females masculine just shows that it's no different than real life except their nouns. They're basically only women labeled as men and men labeled as women here with switched s*x organs. Welp, blame me for not reading the tags, but I sure did not expect that a novel with such p*rn-like setting would get super high ranking in NU. And the description did not mention it at all. Sigh. <<less
3 Likes · Like Permalink | Report

NiQuinn's summary hits home. All the women are so strong and are either breadwinners or ass-kickers out in the real world. But the guys are literally dying from being wusses. MH's dad died because his mom dies and he gets sad. MH also dies because his wife died and he gets sad. It gets more frustrating when female characters come out super thirsty in the way they do here. Just a tropey story where you take the standard genders that have typically been written to act certain ways, a call them... more>> a different gender. Also, this translation is SO machine. Call someone by their name, stop translating a name. I don't even remember what Sweet Candy was pronounced as, but just that they keep referring to him as Sweet Candy. This mess is what happens when everyone thinks MTL is real translating. If I remember anything about this novel in my life it'll be regret about wasted time and the name Sweet Candy. <<less
2 Likes · Like Permalink | Report

Ohh oh! They’re such a cute couple. I would say it’s so fluffy with a touch of sadness of previous life but the reborn present day is full of fluffy ness I cannot resist binge read this! The supporting and side characters couples are all perfect combination I couldn’t resist shipping them and wanting to know more about their love story but this much is also find. Though, I wasn’t satisfied the main couple didn’t have a child yet! That should have a down star lol nvm, just kidding. Anyway,... more>> it’s a nice ride, this journey made me want to read these type of story more now. <<less
1 Likes · Like Permalink | Report
Advertisements
Leave a Review (Guidelines)
You must be logged in to rate and post a review. Register an account to get started.

GOING TO ANOTHER WORLD THROUGH THE...