Novel Updates
RegisterLogin
Theme
Search
Your changes has been saved.
The Feast 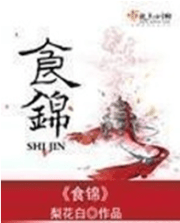 One entry per line
梨花白

Status in Country of Origin. One entry per line
292 Chapters - Completed

After she had transmigrated into the body of an abandoned wife of a little marquis in Ancient China, Su Nuan Nuan, a modern-day food lover was delighted!

She can finally achieve her dream of not caring about the outside world and focus on what she loves best — eating!

But the good times did not last long.

Her husband was curious about these new and exciting dishes, and threw her back into the inner palace.

Then… all hell broke loose!

One entry per line
食锦

These are recommendation lists which contains The Feast. You should give them a visit if you're looking for similar novels to read. Alternatively, you can also create your own list.
More Lists >>>

I really liked the FL and her personality. Her focus always was on food. But on the romantic aspect, I couldn't come in term with the ML he had just too many baggages and the romance was nothing special. The translation was well done (really great job) but this story is not my cup of tea. Either you like it or don't like it from a personal point of view. This is not a story for people who don't like the ML with a flourishing harem.
Spoiler

ML has a backyard with other wives and lots of children (not one ore two, I mean lots of children) and is nothing special. His personality was changing too much. The author wanted him to be likable to the readers and was adding many surprising layers for him, for me it was too forced. He needed that so that you feel he deserved the FL. But he had a backyard full of scheming evil women and was a very lusty person (who even has a child with his concubine's dowry maid) and matched the era. The romance is too cheap for me. Only the comedy elements and the FL who cares about food keep the story light but it is still full of usual backyard and harem drama. FL is strangly easily adapting to the harem concept after a bit and is too much understanding of the ML and feels no jealousy for the other women, it's weird. I mean she is a modern woman and which woman likes the exes still existing in your backyards and especially when they are scheming you and even if she say she won't share her husband, in reality he is also the husband to the concubines. You can't cut them loose because of the children and that is a permanent binding. And she is embracing and liking all his childrens. Yes, she becomes pregnant later but it was nothing special, I mean there are already a bunch of children, hers is nothing special, like one of the concubine comented on. Only her personality let go of the ML faults. As long as the FL is not caring so should the reader do the same. But I don't know, I thought that they are too many children (but it makes it also realistic for that era). I think I'm not personally comfortable with the romantic aspect and romantic subject. I just read to know the end. I also thought it was unfair for her to transmigrate in the body of an alreadt married woman, sooner or later she had to get along with the lawful husband, however his character is. She wanted to avoid it but had to settle for it. The romance was fixed from the start. So people who don't like such harem and such a ML, then avoid it.

I have one advice for everyone. Keep reading, it's interesting as hell with all the amazing things Su Nuan Nuan could make and bring into this world. As for the comment about this being a harem, in theory having been transmigrated into an actual harem while almost dying from starvation is pretty traumatic. As a foodie who is still a virgin, I'd say her 'meh' attitide towards her husband's harem is pretty spot on. Stay for the food people!
13 Likes · Like Permalink | Report

It's quiet disappointing, the plot is okay but the way it was delivered is not satisfyingly. IDK if it's the translation or what but its somehow lacking. It's supposed to be dated back the dynasty era but its so modern lol I dont feel any excitement 😂. Its sooo not mah taste blerghhh..
6 Likes · Like Permalink | Report

The story is good but it starts to get boring in the middle because of the male lead and the plot. It kinda disappointing that she transmigrated to a woman who is already married to a husband with a backyard full of concubines and ML children... It's really hard to like the male lead because of this... ... more>>
Spoiler

There was one chapter where he realizes already that she loves the MC but when the concubine is acting coquettishly in front of him saying why is she ignoring him, He promises her that he will come to her to spend the night.

[collapse]
After reading that felt the ML is a slag.. hahaha yes I know he is her concubine and it is normal during that time period.. But really its hard for me to read... Also I am already at chapter 139 thru mtl but the romance is still meh :-/ because the female lead don't want to fall for him because she don't want a man that has baggage lol... Getting bored already because of the lack of romance and no 2nd ML until now. But the food is great and I think that is only the thing that makes me continue reading this... lol <<less
6 Likes · Like Permalink | Report

I like novel that have details on food but somehow this novel make me feel frust as I read it, as I always remember that he have a childs before the child from main wife (mc) born.. It got me a bit disappointed and as I read, I try to forget about it as it had mention that the ML is a playboy and as far I read, the ML doesn't seem to leave to many impression to me besides being a glutton. Transmigarator meet reincarnation is much better than... more>> this, at least the ML doesn't have concubine or being a playboy although he hate the FL😅 <<less
4 Likes · Like Permalink | Report

This is a pretty common Josei "Transmigrated wife earns her proper place in the harem" story, and has some great comedy moments, with some of the best jokes I've seen in such WN's. However, it also becomes insufferably smug as we go beyond ch 250 and any plot progression slows down greatly. Definitely a good story to read if you're in for a more lighthearted/comedic take on the standard Chinese Transmigration Romance story, but don't expect much more.
4 Likes · Like Permalink | Report

I love love love the MC's personality, but I still can't swallow the ML's trashy traits. He's a lustful, rain and dew spreader. Even an emperor won't be as lecherous as him (he ATE even maid and prostitute good lord). This is my first time reading a novel I'd like to love badly but cannot because of the ML put me off greatly. I'm very much willing to read what will happen next though. As unappealing as the ML was, there were other aspects of the story that managed to... more>> hook me in. <<less
4 Likes · Like Permalink | Report

Interesting story. Comedy and not as serious as Bu Bu Jing Xin. I love these. I hope the translator team will keep updating chapters. I love food. The husband has a lot of wives. Remind me of the Bull demon - Sun Go Kong swear brother or James Bond 007. I think he is not that bad. He is good except he love pretty women and collected all beauties. He let the main character do all what she want to do and created havoc. Can't wait to read the next chapter 😍
2 Likes · Like Permalink | Report

Surely you saw there are no romance tag. If you wanna enjoy this novel, it's purely for comedy and the typical bickering of ancient china family with multiple wifes and concubines. But the comedy of the family dynamics and the drama? Hilarious! I truly enjoyed it. MC poisonous mouth, perghhh. Walaweh! First class! Thanks to the translator!
1 Likes · Like Permalink | Report

A mouthwatering romantic comedy indeed. It doesn't help that the translator always explained the mentioned food meticulously and refered it with beautifully taken pictures. I now crave for some fried dumplings.
1 Likes · Like Permalink | Report

Great novel !!! Very funny ! For once, the ML cant be mean because he is too weak to the ML's good food ! Being a foodie made him the loser in the relationship ! I hope that the MC will fall for him.... but not too soon !!! Coz it's just too funny how she tries to ged rid of him and protect her food.
1 Likes · Like Permalink | Report

+2.5 stars for the amazing comedy and the food-porn -2 stars for the slag ML and his courtyard full of scheming b*tches -0.5 stars for the unconventional talking-back servants - they're more like friends who bicker with MC/ML but are always ready to 'throw them under the bus'... though situations are hilarious, it doesn't seem like a feudal society anymore... Story, especially MC/ML interactions so far, are really hilarious with good food all around. But hate that MC transmigrated into a married woman whose husband is such a man-wh0re. Was hoping initially that... more>> MC would be divorced and find the true ML in the real world, but seems very unlikely. So, the romance is very disappointing, stay for comedy though. <<less
0 Likes · Like Permalink | Report

I read this because if the childcare tag, but when I read till 73, where is the child where where????!!! I like the translation, they are top-notch. For FMC, I like her silly monster like character, but it's not long last I think ML is just so meh, he has many wives and children and pervert whatever it is. I don't like him one bit. I don't ship her with Nuan at all, I just don't like him overall. Like literally there is not one thing that I can like from him even... more>> his kindness (is that kindness?!) I gave a good stars because I like the FL and the translation is amazing. I don't care about ML booya <<less
0 Likes · Like Permalink | Report

A comedic version of the standard transmigrator story. The MC is a gluttonous modern woman who winds up in the body of a Marquis' First Wife. This story is unique in the fact the Husband immediately guesses she's a Transmigrator which is a refreshing change from the typical set up. MC considers the ML an man-sl*t because he has the era typical 4 wives and 3 concubines + a bunch hookers but comes to think of him as an ally.
0 Likes · Like Permalink | Report
Leave a Review (Guidelines)
You must be logged in to rate and post a review. Register an account to get started.