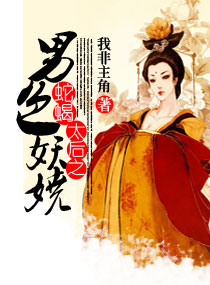 One entry per line
Wo Fei Zhu Jue
我非主角

Status in Country of Origin. One entry per line
114 Chapters (Completed)

She came from a modern secret society. Cold and heartless, her appearance is nevertheless enchanting, and thinks of men as playthings. But someone plotted against her and her body was thrown into the sea.

When she woke up next, she had transmigrated to become the youngest Empress Dowager of the Feng Yu dynasty. Her beauty is unparalleled and her heart is poisonous like a snake.

Poisoning the imperial concubines to death, executing the emperor, her means are cruel and bloody, truly hateful!

Her old lover, the new emperor absolutely hates her? Not only does he want to banish her to the cold palace, he also dares to slap her in the face?

The court ministers can’t wait to execute her under the law?

The imperial concubines in the inner palace are all hypocrites and vicious?

With an enchanting smile, if a tiger does not show her might, they will treat her as a decoration? Ever since the Empress Dowager has been reborn, the inner palace will never be peaceful again!

Hooking up and joining the imperial uncle for no reason, then teasing the prime minister. If nothing happens, she will find a small bun to abuse, then sit back and watch a bunch of imperial concubines fight among each other. Her days are exciting and smooth. Except, why are all these men stripping naked and ask her to be responsible for them?

“The Empress Dowager seems to be in a good mood these days!”

“The peach blossoms in this King’s courtyard are in full bloom. I wonder if the Empress wants to come over to see them?”

“Looking at them is fine! However, imperial uncle, can you remove your hand from my leg?”

One night, a certain Empress Dowager appeared on the cold and stoic prime minister’s bed. She lifted his chin with one hand and wickedly ravaged him. Looking at the ‘unsatisfied’ man below her, she evilly and charmingly smiled. Her voice was filled with temptation: “If it is painful, please tell me. I will be more gentle.”

The cold and stoic prime minister’s eyes flashed. However, he uncomfortably turned his head away. His earlobes were red as blood pearls!

“Empress Dowager! What else do you want before you are willing to let go of the Empress?”

“Empress Dowager! What do you actually want?”

“Jinghua! Whatever you want, I can give it to you. But, first release the Empress!”

“Castrate him and throw him “.

One entry per line
蛇蝎太后之夫君妖娆

These are recommendation lists which contains The Enchanting Empress Dowager is Really Poisonous. You should give them a visit if you're looking for similar novels to read. Alternatively, you can also create your own list.
More Lists >>>

In her past life, the MC was betrayed by her lover (?) –maybe– and murdered. She was given another chance to live. Woke up inside the body of Leng Jinghua, Empress Dowager of FY. Somewhere in another dimension. (Leng Jinghua was hit by the emperor, Long Yi, and accidentally injured her head and died.) Our MC, Leng Jiu, is devastatingly beautiful. But her personality is a bit... Unique. Has low EQ - I assumed- thus at the beginning, she never treated her relationship with all her LOVERS seriously. But slowly... more>> she learned how to love in the end. Married 8 men. And unified the continent. 20 last chapters are about big war against another continent. Overall, this story is amazing. You won't regret reading it. <<less
27 Likes · Like Permalink | Report

This is my favorite reverse harem novel after the captivating crown prince and wife, you can't run after eating. This is great and interesting novel that hooked me up. I really like novel like this one. MC is from ruthless cold killer family who think only stronger can survive. She is cold, indifference and calm who doesn't believed in love and family. I like how male leads trying to make MC believed in love. How MC accepted them slowly like MC from TCCP My most favorite part is when MC is shameless teased male lead. It's amusing to see male leads get blushes. I like how first male lead shameless seduced MC and eat lot of vinegar when he saw MC talking with other guys.
Spoiler

There are eight male leads. They have their own identity and differences characters.

[collapse]
This is definitely my favorite novel. Highly recommended this novel.
27 Likes · Like Permalink | Report

Interesting b (*_*) d two thumbs up. Soul time travel, from a girl into A very young Empress Dowager, the New Emperor or her step son was her dear childhood friend.
7 Likes · Like Permalink | Report

It was refreshing to read a reincarnated female lead turn to a young empress dowager. Mostly I read are princess, poor to rich or a daughter of an official or scholars or sometimes maid. The plot and the flow was good to me, it would be better if the smut scenes was detailed 😝😁. ML based on who's she eat.. Inorder 😛😉 ... more>>
Spoiler

1st ML he eat was the Uncle prince.

2nd was the brother of an concubine.

3rd was his general brother (his family adopted her).

4th was a genius doctor

5th was a regent prince

After the wedding with her 8 husbands

6th was the prime minister

Interesting with good characters and MLs even if I'm not really fan of seductive female lead. But at the end I was bored by the scheming especially when she was "too lazy" to take care of harmful people. The MC was super selfish I mean ... more>>
Spoiler

she destroy the emperor and the power but doesn't want to be emperor because "she don't like doing boring things" even worst she doesn't even have an idea who could be emperor. Girl you don't go in war if you don't want to be a leader.

[collapse]
The MTL is not the best but somehow ok. <<less
1 Likes · Like Permalink | Report

I just finished the mtl after the translated version and I LOVE THIS STORY. Its different from your typical reverse harem. The storyline is presented in a plausible senerio where you actually see how the guys fall in love and tolerate each other.
0 Likes · Like Permalink | Report

It was a good novel about reversed harem. I feel very tired for her to xxoo with 8 different men, they have 8 different personality and characters but 1 thing was incommon, they were all very powerful and also extremely handsome/beautiful men. It could read with MTL, not too easy to read but not hard. For my liking, it was okay but not one of the best novel I've ever read.
0 Likes · Like Permalink | Report
Advertisements
Leave a Review (Guidelines)
You must be logged in to rate and post a review. Register an account to get started.

The Girl With The Crimson Eyes
Advertisements