Novel Updates
RegisterLogin
Theme
Search
Your changes has been saved.
Advertisements
The Empress Wants To Be Deposed!

Home >
Novel >
The Empress Wants To Be Deposed! 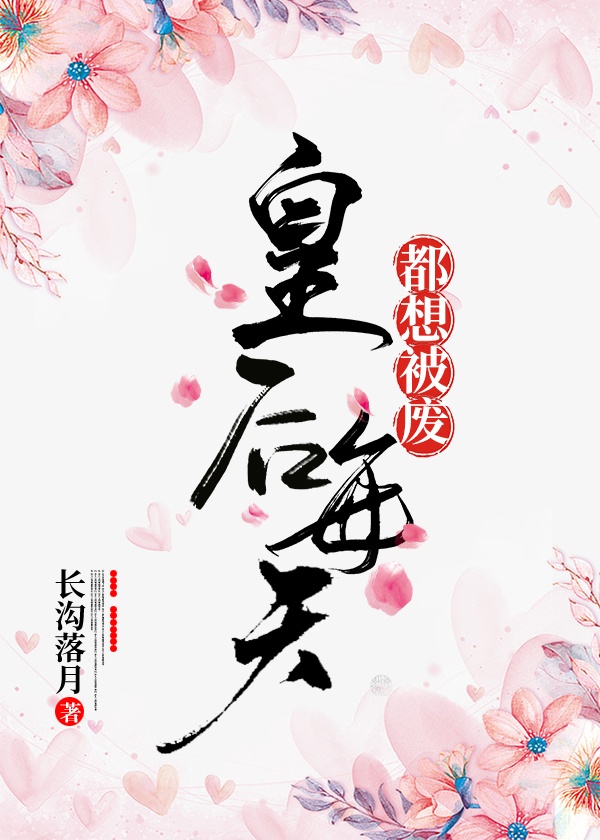 One entry per line
长沟落月

Status in Country of Origin. One entry per line
70 Chapters (Completed)

Song Jinning has been living leisurely for the past ten years. But suddenly, she realized she was actually in a book as a side character who was jealous of the female lead. But Song Jinning didn’t mind this, the antagonist was only sent away and wasn’t tortured or killed, so what’s there to be scared off?

Unexpectedly, the male lead who was supposed to hate her was suddenly reluctant to let her go and even followed her wherever she went.

Song Jinning: “Your Majesty is not my husband, let go!”

*
The perfect empress in Li Chengxuan’s mind should be gentle, upright, beautiful and soft-spoken. But then he met a woman who didn’t regard him as the emperor in her heart and had no respect for him. But did he drink the wrong medicine? He suddenly found himself attracted to this woman and doing everything for her.

This story is lighthearted and funny, with no palace fighting, and sweetness all the way!

To Be A Virtuous Wife (1)
Eight Treasures Trousseau (1)

These are recommendation lists which contains The Empress Wants To Be Deposed!. You should give them a visit if you're looking for similar novels to read. Alternatively, you can also create your own list.
More Lists >>>

Slow-burn, no drama romance between an unruly empress and a tsundere emperor. The story slows down a bit near the ch 50 mark but otherwise fine. Its not a masterpiece but ok as a light read.
0 Likes · Like Permalink | Report

Super cute, I enjoyed the ML. He was super respectful towards the FL, it was so heartwarming!
1 Likes · Like Permalink | Report

Hey there, translator-nim here~ This novel is probably one of the best i've read, which is why I decided to translate it. After reading a lot of tragedy novels (my guilty pleasure), I came across this novel accidentally and I decided to read it. This novel is quite short for a Chinese novel (70 Chapters) but I still managed to enjoy it. It made me laugh and smile with the cuteness and sometimes unreasonable attitude of the main characters. Female Lead is a bit unruly, but she can still set her foot... more>> down when she makes decisions. I usually like strong female leads, but Song Jinning kinda reminds me of myself in a way. She's lazy and only does things when she either enjoys it or it's a must for her to do (which is me). Song Jinning is not my personal favorite in terms of female leads, but she's very funny and enjoyable. Male Lead is a tsundere (as you can see from the tag). But he was not a tsundere from the start, he actually hated Song Jinning (shown why in the 1st chapter) and then gradually became attracted to her. Their romance is a bit fast paced, but their attraction is because of something, not just bam bam bam they're attracted because they have the lead halo. This is just a short review of the novel, I hope you guys will enjoy this story as much as I do. Updates are between mondays and fridays. <<less
7 Likes · Like Permalink | Report

This is a good light read novel, no 2nd leads, no drama, and the emperor disliking her in the beginning was justified, he is kind of tsundere later on, but because MC has a easy going personality no drama happened, overall, a good fluffy read, but the ending felt a bit rushed, would have loved to see more romantic moments between them and some extras with their kid
3 Likes · Like Permalink | Report

One of the best, sweetest and polite/respectful MLs. Lowkey, I envy the FL. Both FL and ML are well written and complement each other so well. Probably one of the most healthy and rational relationships written in Chinese novels. Anyways, very fun light and sweet novel. I absolutely recommend reading it.
0 Likes · Like Permalink | Report
Advertisements
Leave a Review (Guidelines)
You must be logged in to rate and post a review. Register an account to get started.

Why Did I Reincarnate as the...