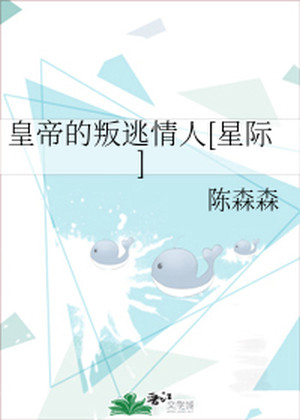 After being framed by a close friend, the death row inmate Fu Yucheng was exiled to the Earth wastelands. One day, he picked up a dying boy in the desert—at that time, no one would have thought that this boy would become the frightening White Emperor.

Years later, in the deepest area of the Imperial Palace, the White Emperor, who was known for his indifference and cruelty, woke up every midnight with tears in his eyes, almost unable to breathe from the pain.

That person was no longer there.

His jealousy and s*upidity drove him to death.

Didn’t even leave a dead body.

Thousands of miles away, while living it up in a casino, Fu Yucheng, who had been forced to die, threw some dice, then sneezed: “That damned boy, Bai Mo, is he cursing me again?”

It’s a pity that Fu Yucheng, who was enjoying himself, still didn’t understand a truth comparable to Newton’s three major laws: Escaping death might be good for a while, but if your identity gets exposed you’re done for.

One entry per line
皇帝的叛逃情人[星际]

These are recommendation lists which contains The Emperor’s Runaway Lover. You should give them a visit if you're looking for similar novels to read. Alternatively, you can also create your own list.
More Lists >>>

This is such a well written novel, very interesting, the rating in jjwxc is 9.9 too. It's very plot heavy, and as much of a sci-fi action novel as it is a BL. I really don't understand the previous review. Yes, this is a post apocalyptic BL drama. It's true that if you're looking for "yaoi sweetness smexy times" (to quote the first review) this isn't the right novel. However there's some serious misrepresentation happening in there. ... more>>
Spoiler

The reason the MC feels guilt over abandoning the ML is that MC repeatedly promised him he'd never abandon him, and that he'd stay together with him. The MC is not a white lotus at all, not honest, he's very proactive but also has low emotional intelligence. Their relationship is complicated, emotional dependency that becomes mutually toxic but they eventually figure it out. The MC is so manipulative and cruel at times, christ.

s*x is not explicit, some instances of dubcon, but there's also explicit consent and declarations of love beforehand, the situation is complex, can't skip around just looking for the s*x scenes.

[collapse]
Regarding TW, read the tags, read the summary, black belly MC, drama, he starts on death row, this is not a sweet pampering novel and it's not be for everyone, but it's also not a tragic torture novel either. <<less
27 Likes · Like Permalink | Report

A few things: this is not for you if you want an intelligent, pampering ML. The gong is like a firecracker, constantly going off, as impulsive and insecure as a toddler. He's the furthest thing from mature or capable. The protag barely makes up for it, but even then it was hard to get through this story. ... more>>
Spoiler

ML's origin in a lab? Ignore it, it's only a red herring and not actually important to the plot. If you're expecting them to go into an ethics/secret forces fight against whoever kept the lab running, you'll be disappointed.

What is important is how the ML constantly makes our boy feel "guilty" and pushes himself and the story along in that way. He constantly accuses our protag of abandoning him, but from the beginning doesn't seem to acknowledge that they started as strangers and he wasn't owed anything. I can only assume it was his persistent assumption of a relationship that eventually created one, as even the author said that he got into our guys' heart via his guilt due to those accusations. Due to this I can't actually call this a romance, it feels more like yandere manipulation and insanity twisted into something barely palatable by making the ML have moments of "weakness" due to being younger and not in a position of power initially. To put it another way, it's like a savior complex that the ML adapts to make acceptable.

Also, I kept feeling like our boy was too nice, but in the context of him being a prince it makes sense he would save who he could like in the case of Mo Ziran. In most areas, other than with Bai Mo the ML, his reasoning made sense.

[collapse]
Honestly, this was super frustrating to read but I kept going. I thought my yaoi sweetness smexy times are coming (because it's yaoi not shounen ai ya know). Then the r*pe (s) happened. If there's one thing I HATE, it's a top who doesn't take care of his bottom, refusing to even get a DOCTOR because of something as s*upid as "only I should see you there." f*cking as*hole (I may still be angry). TW for r*pe (by the ML to our boy), forced imprisonment, forced surgery, and need I say r*pe again? Honestly, thinking of everything our lead has suffered compared to and due to the ML, I can only say the majority of this story is just unraveling tragedy. I wasn't too surprised by the ending, but the story is not totally predictable as you don't get all our protag's thoughts. The plot isn't driven by romance so don't expect much sweetness. <<less
11 Likes · Like Permalink | Report

First off, this is a really, really good novel containing action, adventure, sci-fi, angst, and of course, romance— which were all mixed pretty nicely. + Characters + The MC is smart, funny, manipulative, and ruthless but he has a heart. He might not know how to tidy his room up but he knows how to fix the human civilizations— how to provide them a better life. He might come across as selfish for some but it was then later revealed that he has always been selfless— ready to die just for everyone... more>> to live. Once, he even said, "Kill me" without any hesitation—in an attempt to protect the human beings. Overall, he's a complex character worth loving and difficult to hate. ML is actually a smart but really dumb kid half of the time— sometimes, I just wanna put him in a sack and beat him up. Okay, initially, he was an experiment subject who underwent tremendous training and stuff. After being picked up by MC and finally having someone to depend on, he became extremely attached to him that a mere mention of their separation extremely upset him. After being lied by MC numerous times, he developed trust issues and did some really terrible things (that I myself even cannot let go) but in the end... he came to understand everything and repented for every misunderstanding he had. + Plot + Okay, okay! This is truly, tremendously good. I actually like the twists and turns of this novel and I didn't expect to have such a very fun and exciting experience. Slight...
Spoiler

MC, due to being misunderstood, became a death row prisoner and was labeled a rebel. As the "crown prince" was his former companion, he escaped execution and was exiled to the Earth, where he met ML.

Coming to the Earth was always one of his plans to get back what he lost— his power.

Well, the MC has a surprising identity that I totally didn't expect, and he needs his power to also reclaim what rightfully belongs to him.

Also, later in the novel, there's a mission and twist that were revealed which led to a very good climax, a. So satisfying~!

[collapse]
+ Romance + This novel has my favorite troupe of older-MC-picking-up/saving-a-little-pup and an ML-who-was-saved-in-his-darkest-times-and-becoming-a-ferocious-wolf. Anyway, MC is a black-belly and a liar. However, he's really someone who can easily make someone fall in love, albeit unconsciously. He has a high IQ but a pitifully low EQ when it comes to love, being ignorant and dense of the ML's and his other friend's love for him. This aspect of the novel was also integrated nicely to the engaging plot. As MC mainly focused on his missions, it was the ML's feelings and thoughts that were used to show this aspect, which was prettily done. However, despite the real feelings that developed between the two, the progress of their relationship was not an ideal one. There were lots and lots of lies, misunderstandings, abandonment, a black room event, and a pseudo-death that occurred. They experienced so much, hurt each other too much. Overall, this is a book worth reading and re-reading. I strongly recommend it! PS. It's easy to MTL! <<less
5 Likes · Like Permalink | Report

ML just uses various abuse tactics to prevent the MC from leaving him. Typical tr*sh author who thinks the plot is okay bc its BL.
4 Likes · Like Permalink | Report

Delighted this got picked up. It's my favorite sci fi danmei - really interesting world building especially in the first half, which is set in an impoverished outpost on the fringes of the future society. MC is fantastic. He's smart, a badass, hiding his past identity and secrets while he scavenges the desert to stay alive. He rescues ML on a scavenge outing. Together they survive, getting closer all the time to mysteries of the past that are catching up. The book drags in the second half but is overall a... more>> great read. Mind the tags! This has some content some may find triggering. <<less
4 Likes · Like Permalink | Report

I just hate how MC handles his past. He only makes misunderstanding here and there, why making things worse, when he can avoid them by explaining things earlier. He does everything byhimself without even explaing only leaving vague explanation. Anyway the story is great I want to leave a review after finishing the whole novel but I dont know where to vent my annoyance so.. Here I am 😂
3 Likes · Like Permalink | Report

Okay soo this could've been a 4star. The story really has the potential. It's just that in the middle there's sud unnecessary dog blood romance and it kept repeating again and again...
Spoiler

[collapse]
The MC wasn't my fav and other characters were just meh. Not really memorable, sad when it started pretty well.
2 Likes · Like Permalink | Report
Leave a Review (Guidelines)
You must be logged in to rate and post a review. Register an account to get started.