Novel Updates
RegisterLogin
Theme
Search
Your changes has been saved.
The Domineering King of the Netherworld and His Sweetheart

Home >
Novel >
The Domineering King of the Netherworld and His Sweetheart 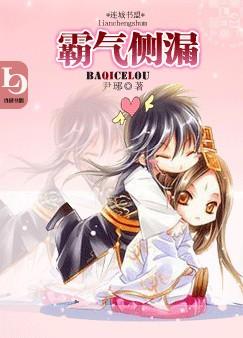 One entry per line
Yin Ya
尹琊

Status in Country of Origin. One entry per line
400+ chapters (Completed)

Feng Xi, a scholar, also a thief master by avocation. His life goal was stealing things all over the world. Even after he was dead, he still couldn’t rest in peace. As a result, one of his theft caused a great war between Gods and demons… After knowing about the truth, King of the Netherworld gazed at his sweetheart who seemed to feel so guilty, or was only tittering, for a long while…

Feng Xi, with his head lowered, admitted his fault in earnest, “Sorry, it’s my fault!”

After a brief pause, King of the Netherworld said, “Next time, don’t forget to bring me!”

Feng Xi raised his head with puzzle while staring at the king with his two clear eyes.

The king, as calm as the look on his face was, added, “I’ll clean up the mess for you!”

Feng Xi was in a daze for a long while. Then he nodded vigorously like chickens pecking on grain.

One entry per line
霸气侧漏

These are recommendation lists which contains The Domineering King of the Netherworld and His Sweetheart. You should give them a visit if you're looking for similar novels to read. Alternatively, you can also create your own list.
More Lists >>>

I can't stop laughing when I read this. The MC is a 'super' thief and he's in the netherealm. All here cares about is riches and hugging his big thigh. The ML is the king of the netherealm and he's so overprotective it's cute. I love this story, I just wish the latter chapters weren't locked.
2 Likes · Like Permalink | Report

Ehmmm... this story is so so. Rather than xianxia story, this novel more like slice of life story with a little taste of adventure in xianxia world setting. Feng Xi (MC) is someone who doesnt have any 'real' desire and just want to have fun. MC is super lazy but because he has a superb body and talent, it's so easy for him to cultivate. Well, MC thinking is just 180 degree different from other people. So many people always left dumbfounded by MC reaction and behaviour. The king of netherworld (ML)... more>> is a super OP character. With his backing, MC can do whaterever he want. ML is cold to everyone just do his duty and never care about anything. MC is the first person he cares about. I feel like ML is interested with MC because MC can beat heart desire so easily. Then, after seeing MC's antics, he starts to fall in love. MC is the first person who knows ML identity but never change his behaviour. In short, this novel is about MC's antics in three realms. This is not about character's growth or about destorying evil force or become the greatest in the world (ML is already the greatest). Just a so called adventure to fill in MC's boring time. So different with Legendary Master's Wife. Not great enough to be memorable but also not boring enough. I personally thinks, this novel a little bit bland if compare with LMW and Big Landlord because this story doesnt have goal at all. But yeah, if you treat it as a slice of life story is quite enjoyable read. Beside, no one can compare to Boss Ling and Xiao Momo relationship. <<less
2 Likes · Like Permalink | Report

I'm not a big fan of this novel. Mainly because the MC was too complacent in his lack of strength and knowledge. He was delusional about his own strength and lacking skills and was perfectly fine with just hugging the ML's thighs even when offered strength. He runs away from work and learning, he disregards who and what he's stealing from. Overall he acts like a 5 year old running away from school work.
0 Likes · Like Permalink | Report
Leave a Review (Guidelines)
You must be logged in to rate and post a review. Register an account to get started.

You Reincarnated as a Cursed Sword

Second Male Lead to One, Male...