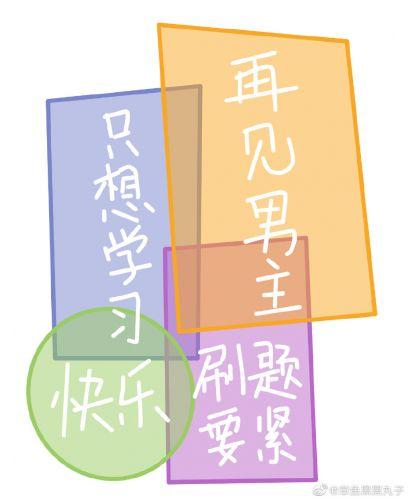 One entry per line
夕千井一

Status in Country of Origin. One entry per line
44 chapters (Completed)

Xia Yao’s self-awareness awakened and she found out she was only a vicious female character with reduced wisdom created by an author.
The heroine of the novel was the gentle, kind, and considerate fake daughter who had been adopted after Xia Yao’s disappearance. After being lost for a decade, the true daughter returned to her biological family but unlike what she had dreamed of, the parents weren’t home and the brother favored the fake daughter, ignoring Xia Yao.

In the novel, everybody liked the fake daughter and three young men fell in love with her, while the true daughter was eaten by jealousy and driven to insanity. And in order to harm the fake daughter, she had stumbled and fallen to her death.
But now~
Xia Yao: IQ is finally online, goodbye dog protagonists, I just want to learn!

One day, she took her sister to viciously surround the heroine in the restrooms. After leaking the news, the three men of the fake daughter rushed to the scene. They kicked the door open and…
“Everything is wrong! Are you worthy of your parents or the teacher’s careful lectures?”
They saw the girl sitting on the sink, her palm smashing on the mirror and a severe expression on her face. Around her, mathematical formulas were written all over the glass.
The fake daughter’s eyes were full of tears: “Woooo~ I’m sorry, I am not worthy….”
Male Lead 1: “Xia Yao, it’s so late, let’s go home.
Male Lead 2: “Xia Yao, you didn’t even call me for the private tutoring session!”

These are recommendation lists which contains The Disobedient Girl Awakened. You should give them a visit if you're looking for similar novels to read. Alternatively, you can also create your own list.
More Lists >>>

A fairly easy read. Fake as sh*t O!FL, a 'woke' MC who has suddenly turned into this OP intelligent student, illogical side-characters. As such, a cliche novel in the genre but this one is short and sweet. Everything's done in 44 chaps or so. I would have given it a 5-star rating but took off 1 star coz the ending is so damn abrupt like u r left wondering whether or not it's actually an on-going novel. Plus MC didn't end up with the guy I was rooting for and... more>> that made me pissed. But she gets together with ML only at the LAST chap so enjoy the ride Plus this MC is OP in terms of physical strength and fighting. <<less
2 Likes · Like Permalink | Report

TLDR: It's pretty good so far. I wish I could delay rating but going on what's out it's well worth a look Update: have to drop 2 stars off my original rating. It's now a 3. The ending was very meh and left virtually everything unresolved. The parents literally appear for 1 phone call, the family interaction with the brother and sister is not at all well developed. It should have been much better Details: Real Daughter vs Fake Daughter (adopted replacement) *, transmigrated into a novel with a system. There's some... more>> meta as she has to keep the plot going so she doesn't lose her awareness. (Something like Fritz Lieber's the sinful ones were most of the world is trapped in the plot). Bottom line: It's a great setup and the writing is above average but it's just not properly finished. The ending feels like an air pocket. There's better out there <<less
2 Likes · Like Permalink | Report

Many of us have read our fair share of Chinese in-a-novel transmigration series, but they rarely show how to use mathematics productively in a kidnapping scenario that is reminiscent of an exorcism. You have never lived until you have experienced the pure, unadulterated terror of a study enthusiast having their study time interfered with by a system threatening to destroy their soul unless they agree to mess with a white lotus. Our MC's reaction to the situation is freaking perfection! This series very much shows how a simple change to a... more>> scene can have a HUGE impact on a story. The characterisation is awesome as well, with the cast having many meaningful moments in the chapters that I have had the pleasure of reading so far. The use of comedy is used effectively, showing the absurdity of the situation that our MC is stuck in. This is shown via her mindset to do the bare minimum whilst also holding to her own code of ethics. Of course, this sometimes involves the use of mathematics, which makes for some really hilarious moments. I highly recommend this series (great translation by the folks at QNtl, BTW) to anyone looking for a light-hearted take on the Chinese in-a-novel dog blood transmigration genre. I cannot comment on the ending as I am not there yet, but I will update this review when it becomes relevant. <<less
0 Likes · Like Permalink | Report

Although the writing seems like it will be interesting, it's really not a good sign when the premise of the story is written out with a logic failure. See... Sweet, so what happens when she runs out of plot to follow? The author stopped updating, so the system will abruptly run out of plot to feed her, at which point one... more>> of the conditions for her survival would supposedly fail automatically. I expect the author has a plan for how flimsy the system is, but to tell the protagonist such an obviously dead end premise and her not call out the system on "well, what happens at the end of the plot?" doesn't bode well. <<less
0 Likes · Like Permalink | Report

The "ending" is too abrupt and that alone made me drop 2 stars. The writing is good, not spectacular but above grade, the plot is minimal but fine, and the characters... well Xu Shizhou is just my favorite brand of bad boy ML so it's fine. Plus the characterization of Xia Yao is quite good, strong farm girl who wants to study and just perfunctorily goes with the system tasks... But as I say the story ends in the middle of an arc and there could have been at least like, 5... more>> chapters more just to finish with an open ending and give an epilogue, and I'm very frustrated at this because Xu Shizhou was so close! Anyways, don't expect much and be ready to be angry at the ending (because it simply isn't one) <<less
0 Likes · Like Permalink | Report
Advertisements
Leave a Review (Guidelines)
You must be logged in to rate and post a review. Register an account to get started.