Novel Updates
RegisterLogin
Theme
Search
Your changes has been saved.
Advertisements
The Demon King of the Frontier Life, Reincarnated to Become the Strongest Mage ~The Former Demon King Who Grows Up While Being Loved, Wants to Know Humans~ (WN)

Home >
Novel >
The Demon King of the Frontier Life, Reincarnated to Become the Strongest Mage ~The Former Demon King Who Grows Up While Being Loved, Wants to Know Humans~ (WN) 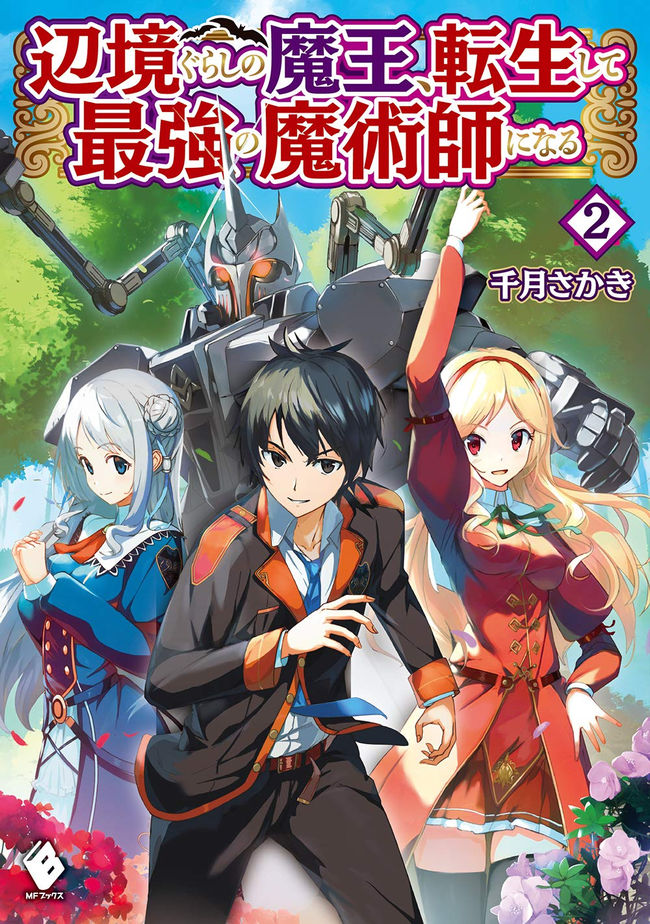 One entry per line
Yoshitake
吉武

Status in Country of Origin. One entry per line
139 Chapters (5 volumes) (Ongoing)

There was a mage called ‘The Lone Demon King’ at the frontier.

He was just a creature that never grew old, but he was loved by the villagers as something of a guardian deity.

However, he was destroyed by a magic organization that sees his existence as dangerous.

200 years later, he is reincarnated as the second son of an aristocrat and obtains the strongest magic power.

“Let’s pretend to be a human this time”

However, being a human lover, he didn’t particularly think of revenge and has decided to pretend to be human in this life.

In his past life, he was the guardian deity of a region, and in this life, he’s a local aristocrat, but he does not know common sense. He doesn’t know how to take it easy.

As the second son of an aristocrat, he is loved by his family and friends, and while he is regarded as a master of magic in the magic guild, he becomes an ‘Immortal Mage’ behind the scenes.

The Demon King of the Frontier Life, Reincarnated to Become the Strongest Mage ~The Former Demon King Who Grows Up While Being Loved, Wants to Know Humans~ (LN) (Light Novel)

These are recommendation lists which contains The Demon King of the Frontier Life, Reincarnated to Become the Strongest Mage ~The Former Demon King Who Grows Up While Being Loved, Wants to Know Humans~ (WN). You should give them a visit if you're looking for similar novels to read. Alternatively, you can also create your own list.
More Lists >>>

Ultra generic. The first couple chapters of the manga were better than the average isekai at least. The WN, however, is just unremarkable and insipid. It's okay, I guess. It tried to do some things slightly different by not having every character be a hero or a villain — only at the start, though — and giving the MC at least a couple goals for his actions but now that it's nearing its first "arc" or conflict, and the plot twist has been revealed, it's clear that it's gonna be the... more>> same old contrived conflict, forced drama, forced romance/harem and one-dimensional characters. Translation needs some editing and corrections but it's fine, not really that noticeable. Skip if you're tired of generic isekais. <<less
1 Likes · Like Permalink | Report
Advertisements
Leave a Review (Guidelines)
You must be logged in to rate and post a review. Register an account to get started.