Novel Updates
RegisterLogin
Theme
Search
Your changes has been saved.
Advertisements
The Demon King of the Frontier Life, Reincarnated to Become the Strongest Mage ~The Former Demon King Who Grows Up While Being Loved, Wants to Know Humans~ (LN)

Home >
Novel >
The Demon King of the Frontier Life, Reincarnated to Become the Strongest Mage ~The Former Demon King Who Grows Up While Being Loved, Wants to Know Humans~ (LN) 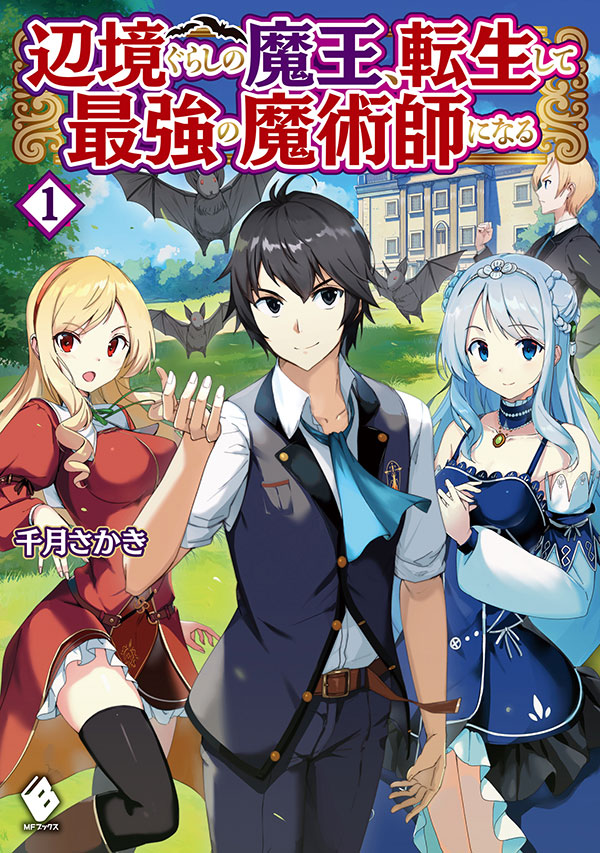 One entry per line
Yoshitake
吉武

Status in Country of Origin. One entry per line
2 Volumes (Ongoing)

In a certain frontier, there lived a mage known as ‘The Lone Demon King’.

He was just a creature that never grew old, but he was loved by the villagers as something like a Guardian Deity.

However, he was destroyed by a magic organization that regarded his existence as dangerous.

200 years later, he was reincarnated as the second son of a noble family and had acquired the strongest magic power.

“…This time, I’ll pretend to be a human skillfully”

However, being a human lover, he didn’t particularly thought of revenge, but decided to master the pretense of being human in this life.

In his previous life, he was the Guardian Deity of a region, and in this life, he is a local noble, but he doesn’t know common sense. He doesn’t even know how to take it easy.

As the second son of a noble, he was loved by his family and friends, and while he was revered as a master of magic by the Magic Guild, he rose to become the ‘Immortal Mage’ behind the scenes.

The Demon King of the Frontier Life, Reincarnated to Become the Strongest Mage ~The Former Demon King Who Grows Up While Being Loved, Wants to Know Humans~ (WN) (Web Novel)

These are recommendation lists which contains The Demon King of the Frontier Life, Reincarnated to Become the Strongest Mage ~The Former Demon King Who Grows Up While Being Loved, Wants to Know Humans~ (LN). You should give them a visit if you're looking for similar novels to read. Alternatively, you can also create your own list.
More Lists >>>

I have some reservations about reviewing so early on in the story, but I thought it might as well be better this story gets more notoriety. The story so far has done well in introducing the characters, setting, and plot, but it's also kind of the same stale and overdone 'OP Protagonist Shows Everyone Up' kind of thing. Again, it's too early to say definitively (My Death Flags Show No Sign of Ending was quite bad in the beginning too), so hold your breath before committing to any stance on... more>> this story. I wish stories within the same genre would be more distinct from each other, but I guess it can't be helped. P.S. The translation is quite good! Props to Athena Translations. <<less
9 Likes · Like Permalink | Report

As the tags and description says, this is a grand story about an overpowered doormat status push-over who did nothing to deserve his power - a character who has the personality of a generic cardboard cut-out NPC, whose every move and thought is predictable.
Did the author spawn this junk out of necessity during the "incompetent op protags" era of webnovels to keep up or is he just that untalented?
In conclusion, read only if you've exhausted every single option. Don't read a single word otherwise.

Really early for review so far but it seems to be very promising OP fantasy and I'm looking forward to read more. The translation quality is great but I need more chapters fast! The character development seems well made so far and while world building has not progressed much, I think it has been logical I really hope I get to keep 5/5 rating on this
4 Likes · Like Permalink | Report
Advertisements
Leave a Review (Guidelines)
You must be logged in to rate and post a review. Register an account to get started.