Novel Updates
RegisterLogin
Theme
Search
Your changes has been saved.
The Commoner Omega And the Emperor Alpha

Home >
Novel >
The Commoner Omega And the Emperor Alpha 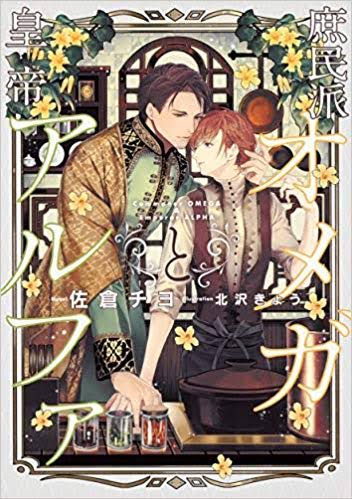 Ollie, an omega from a low-ranking noble family, due to an unexpected Divine Revelation, was chosen a bride candidate for the emperor.

Thinking of it as troublesome, he did not wish to get married, yet went to the inner palace as his father’s life was at stake.

Obviously, the Emperor did not visit him. Spending a leisurely life with nothing particular to do and nothing to be desired, he one day decided to go for a walk in the garden and met a man there.

Ollie thought he was a curt, expressionless man, but seeing his pure and tender figure, Ollie felt attracted to him.

This is the odd love story of the emperor alpha who met Ollie while hiding his identity, and the perfect at housework commoner Ollie.

These are recommendation lists which contains The Commoner Omega And the Emperor Alpha. You should give them a visit if you're looking for similar novels to read. Alternatively, you can also create your own list.
More Lists >>>

This story is so good so far. The plot is pretty simple and the time skip between chapters are understandable. The MC is cute yet is able to be reasonable as he thinks its weird for him to be in the inner palace. Not much to saw on ML besides he is handsome and a bit charming. It's my first time ever writing a review but I love how the author translated this so far! Wish there was more, but thank you for your hard work and introducing this novel to... more>> me! Hope to see more of this story in the future. <<less
2 Likes · Like Permalink | Report

The MC is kind of this generic Japanese webnovel protagonist, but with no desires, only some worries, and being lower nobility means he's like morning talk show host poor, you know, a maid, a servant, but not fifty servants. My second qualm with this story is that the first person the MC meets and talks to is the ml. I need more worldbuilding than that. Basically in the first four chapters, nothing happens that isn't described in the summary, and it's probably going to be predictable all the way through. The... more>> MC seems like the simple type, and in a time before there was a middle class he's comparing himself to a commoner, he has no problems with the oppression of omegas and acts like a traditional middle-upper class Japanese housewife even though he's a man. He may be too s*upid and boring for me to tolerate. I don't even know what he looks like, which seems weird in a yaoi, since usually that's for self-insertion, but fujoshis can't do that. <<less
1 Likes · Like Permalink | Report
Leave a Review (Guidelines)
You must be logged in to rate and post a review. Register an account to get started.

The Man Who Couldn't Be Captured