Novel Updates
RegisterLogin
Theme
Search
Your changes has been saved.
Advertisements
The Cheat Plant Mage Hides to Live a Slow Life!! ～ I’ve Been Banished from the Court and Want to Raise a World Tree but my Territory is too Strong～

Home >
Novel >
The Cheat Plant Mage Hides to Live a Slow Life!! ～ I’ve Been Banished from the Court and Want to Raise a World Tree but my Territory is too Strong～ 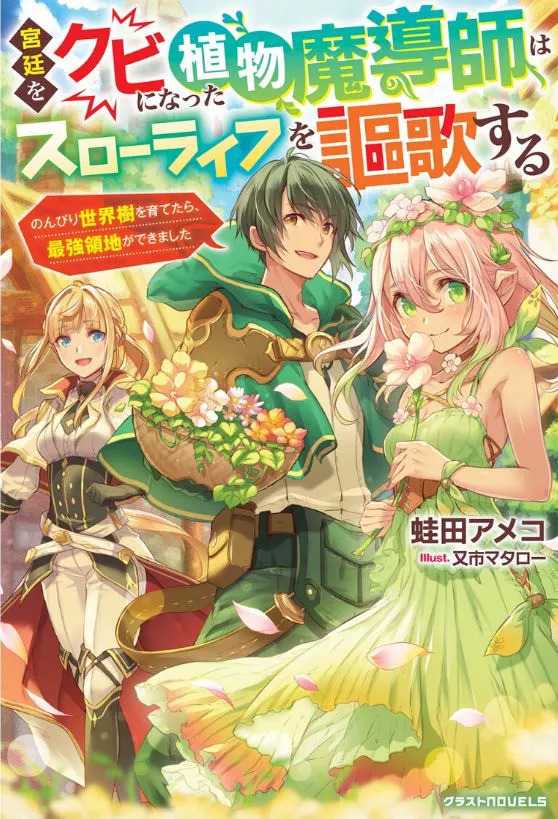 Status in Country of Origin. One entry per line
109 Chapters (hiatus)

In his previous life, Riito lived as a corporate s*ave and was reborn in another world.

After his reincarnation, he ended the war and was praised as a hero by using his “plant magic” skills.

However, his peaceful life is short-lived after he was framed by a colleague who is jealous of him and was banished from the country.

Although he is exiled, Riito, who has long been longing for a slow life, is overjoyed inside.

He decided to build his own ideal village.

He quickly bought a deserted plot of land and tried to build a village by using his plant magic leisurely, but the land he acquires seems to be inhabited by flower girls…!?

The village becomes more and more lively as not only the flower girls but also a lady from the empire and some cat girls visit him who unconsciously showed his cheat.

Furthermore, it turns out that the seed that Riito has been secretly growing was actually an extraordinary existence…!?

These are recommendation lists which contains The Cheat Plant Mage Hides to Live a Slow Life!! ～ I’ve Been Banished from the Court and Want to Raise a World Tree but my Territory is too Strong～. You should give them a visit if you're looking for similar novels to read. Alternatively, you can also create your own list.
N/A

3.5/5 The plot is generic but not too bad. It's a slice of life kind of story where MC only interacts with cute girls. In Japan's light novel circle, there's a trend to act dumb like "I don't want to stand out" then proceed to involve with aristocrats in the next scene which is really a pathetic way to start off the novel. This one also has it. The MC stated that he will try not to use magic and live a leisurely life alone. He bought a bunch of camping kits... more>> and furniture for him to ruin it all the very next scene by experimenting with magic. And the magic he went, not having any place to sleep anymore, he just build a house with magic. It's the kind of contradictory logic that makes readers question the writer's IQ. <<less
0 Likes · Like Permalink | Report
Advertisements
Leave a Review (Guidelines)
You must be logged in to rate and post a review. Register an account to get started.