Novel Updates
RegisterLogin
Theme
Search
Your changes has been saved.
The Cannon Fodder Strikes Back 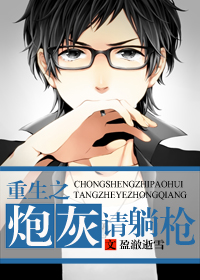 Status in Country of Origin. One entry per line
93 Chapters +1 Extra (Completed)

A certain cannon fodder believed that being in his line of industry, he should not be creating any waves.

So he always gave his all to be a bright and shining star outside the bed, and a top quality bed warmer in bed.

Everything looked smooth sailing, until a murder happened.

He then saw the light. It turned out that right from the start, he had been someone else’s protective shield.

One rebirth, the mistress met the legal wife, and he was pulled into the awkward relationship between the three of them.

This time, his experience as a cannon fodder told him —

1. No matter how a cannon fodder struggle, he can still get shot lying down

2. There’s no scum tops that cannot be abused to death, only mistresses who do not work hard enough!

One entry per line
CFSB
重生之炮灰请躺枪

These are recommendation lists which contains The Cannon Fodder Strikes Back. You should give them a visit if you're looking for similar novels to read. Alternatively, you can also create your own list.
More Lists >>>

Dogblood! A whole ton of 'em! This is a good one! I'll be giving it a 4.5 I sent a lot of virtual knives to the author who made my eyes puffy!!!
Spoiler

While the papapa drew me a lot of nosebleeds. The papapa in this one are my personal favorite so far~~~

I doubted A LOT of times which person Yun Jinshu (MC) would end up with. There were a lot of foreshadowing and plot devices to consider but still mix things up pretty well that I even doubted my own deductions

Though this is an entertainment tag, there won't be a lot of films to be focused on or big career developments. This is a predecessor of rebirths before it which really emphasize second chances, revenge, moving forward, and love/hate

[collapse]
What I love about the protagonist is that he is not OP.
Spoiler

It stressed me out how unlike the usual tactic of reborn people, he acted on his own, relied on nobody and let the nature of his revenge be like a bystander. And surprisingly, the past were merely FUELS for his revenge and not the main reason. He plotted them AFTER he was targeted a whole bunch of times after his rebirth. He was softhanded and had a lot of guilty conscience, well, except for handling ----- and protecting his little bun<3

[collapse]
The ending was awesome~ you'll be gifted with a lot of easter eggs!!! Just read it!!!!
9 Likes · Like Permalink | Report

I dont know how to feel about this.I like that he gets his revenge but the fact that he is still waffling about with the ML is not for me. It says it has a happy ending but I personally preferred the 2nd ML (Gu Yan). The ML is not my cup of tea so I am dropping this. Also the fact that he got pregnant when under a hallucinogenic and ML thought it was ok to bang him in that state... tsk!

If there was a negative rating I would definitely do. Only Chapter 1 is really good, the story greatly disappointed me. I hate how bastard the ML (Han Jiang) is. The MC is okay and calm, but is indecisive, hence it looks to me that he's a lil coward and stupid. There are thousands ways to retaliate after rebirth.. urgh... nvm. Anyway, it's the author's choice, and so do I, have my own. Dropped!
5 Likes · Like Permalink | Report

The novel seems interesting and translation quality is excellent. MC is rational and mature. I liked the MC personality so can't wait to read more.
1 Likes · Like Permalink | Report

hm.... so far this novel is very interesting. the ML is scum. really hate him. though I doubt he really has a true lover in the past. maybe he just love himself too much and trust no one. I really want to see him suffer in the real future after the MC death (nice extra for reader that was heartbroken). the MC is strong. its quite real that he choose to come back to the ML to find answer. the only one who can give answer is the ML himself. it... more>> maybe seems stupid that he choose to be with his cruel lover. but everything that happen in the future is only 1 day apart. he just woke up and realize what happen actually. of course he cant suddenly let go his feeling and hate the person he loved for 5 years. its quite a long time. and he did or do love the ML. right now the MC just feel cynical with the ML. want to know the answer, take opportunity to live the fullest using the ML power while he can and then take revenge (if he could. I don't think revenge its the first priority). overall, I want to read the continuation. thank you to the translator. <<less
0 Likes · Like Permalink | Report

Won't be rating this so far, will see how it goes, though currently I'm liking the setting. With a setting where MC simply can't leave and has to go through with the person who actually caused his death brought me a feeling of novelty. The usual trope of rebirth novels is the choice of a different path and that usually means not associating with people who brought your demise and retaliating against them, but within this novel MC simply can't do that. He reverses to the point of being a... more>> nobody, a huge debt weighing his shoulders, being bound by a scammy contract and a man who he simly can't offend. This is heart-wrenching, but he has to become a toy, yet now knowing everything, with his eyes opened wide and finally seeing everything that escaped him before. This is a vengeance crusade. Though the number of read chapters is small, but one particular part really got me, MC's inner irony. <<less
0 Likes · Like Permalink | Report

This story is abuse for the readers. Cannonfodder (?) revenge rebirth shou abusing himself by sticking to the past (betrayer) lover for "revenge". Been interesting so far. The ending / direction will probably disappoint me, but let's still have hope. Current personal rating: 3.5 stars.
0 Likes · Like Permalink | Report
Leave a Review (Guidelines)
You must be logged in to rate and post a review. Register an account to get started.