Novel Updates
RegisterLogin
Theme
Search
Your changes has been saved.
Advertisements
Sword of the Philosopher

Home >
Novel >
Sword of the Philosopher 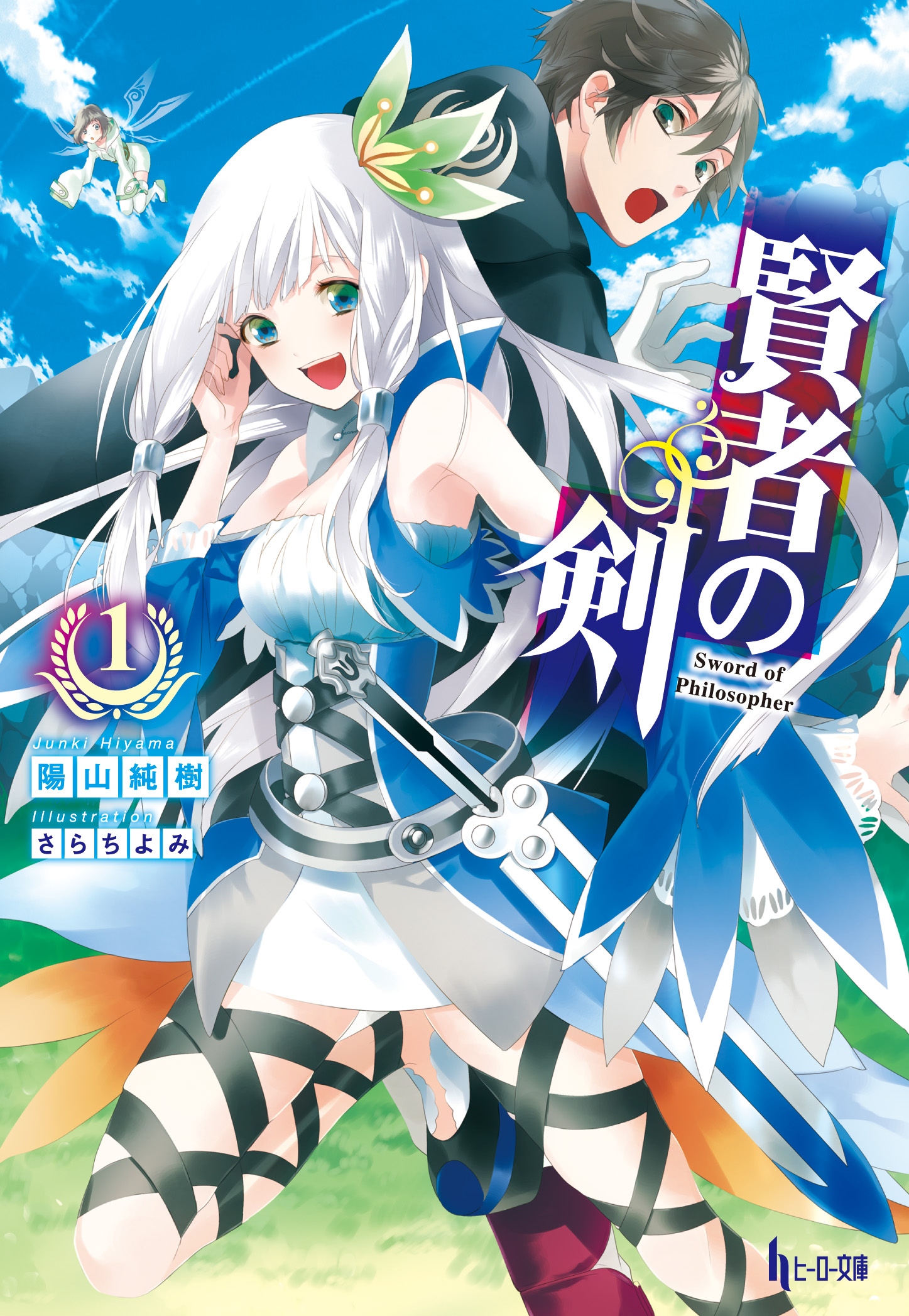 One entry per line
陽山純樹（純魔）

Status in Country of Origin. One entry per line
876 Chapters(Ongoing)

Because of an accident, he had died and his soul transferred into another world. There he was reincarnated as a baby who was supposed to start a new life. Later he learns that his current world was from the game that he had already played. Moreover, he had reincarnated into someone destined to die within the early stages of story’s opening scenario. In order to void the same fate, he utilized all of his knowledge from the game and made himself stronger. In time, he had achieved unmatched strength and skills. He then marches forward within the continent where the Demon King aims to conquer.

These are recommendation lists which contains Sword of the Philosopher. You should give them a visit if you're looking for similar novels to read. Alternatively, you can also create your own list.
More Lists >>>

MC is reincarnated into Side character who was set to die, he use his knowledge to avoid that and become OP character, this setting is interesting but... due to [Setting]
... more>>
Spoiler

he cannot defeat the Demon King

[collapse]
That's kinda kill joy, that's makes he become OP char, almost meaningless. Due to that [Setting] he aim to become "pull strings behind the curtain" type char to lead the real Hero[Main Character] defeat the Demon King, but so far it's poorly done... and because he zealously following [scenario] he didn't have any freedom in his action, fearing that his action (interference) would collapsing the scenario. even though his action (interference) could make the situation turns to a better... Summary: with that [Setting] and [scenario] so far it's boring. <<less
16 Likes · Like Permalink | Report

Wasted potential, the concept of the game itself is decent and probably fun to play but the story in which the MC reincarnated into the game as a mob character is executed in a very bad way. The game is a sandbox/open-world RPG which the player can choose between 5 characters with different storyline in the same world and recruiting allies characters to defeat the demon lord, the concept feels like skyrim with Japanese flavour which is interesting. Unfortunately it seems the author just write a lot of different branch... more>> of story but all of them are shallow, and the MC is just jumping between these branch stories very randomly without giving them enough time to establish some sort of emotional response to the reader. The author just keep recycling the formula of: [finding characters from the game ---> save them from predicament ---> going into some sort of dungeon once ---> break apart] every. single. arc. The author is extremely mechanical on the story progression that you will feel it's written by an AI instead of human with emotions. There's also problem with the tension, it's flat. We know the party the MC is in won't be in problem at all, but we are forced to read the farce of making them seemingly a fierce fight. We don't get the struggling feeling but we also don't get any dose of awesomeness, it's a lose-lose for both type of people who want to read tense battle series or those who want OPness. The characters are written properly in their RPG roles, but not in their personalities. The author is describing a believable character roles in the battle RPG, from their weapon of choices, growth rate from early to after middle of the game, which statuses they excell at, their skills etc. BUT. Their personality are flat! The author just write the same type of bland characters and giving them different names lol. And 5 out of 6 from them are forgetable. Even the suppossed to be heroine don't have single personality other than following every single order from the MC lol, she's not charismatic nor cute nor hot-blooded... She's nothing... Even out from all harem I've read she's probably the most bland of all... <<less
10 Likes · Like Permalink | Report

MC is like holding a game guide to avoid the death events and there is no romance spices included which made the story really boring.
6 Likes · Like Permalink | Report

It's definitely has an interesting plot.. even though the MC is OP due to the PLOT of the game he can't become the true "MC" so he has to find a way to manipulate the best case scenario where he avoids death & the true MC beats the demon lord.. for me the story starts out slow & has a lot of words.. each chapter you can probably skim through it because it can be summarized in a few sentence, from my POV this has a lot of potential since there... more>> are 5 candidates for the true MC, and so far only 1 has been introduced (male candidate, so no romance there), plus the many side characters that they could possibly meet for their party.. the story progresses slowly so I don't expect any romance until a couple more chapters & its not that I like contradicting the review below but just because there is no romance the story automatically becomes boring, I mean for example Ze Tian Ji as far as the current translated chapter (c187) I know has no romance but still has a good story, Lazy Dungeon Master is also even though there is not much goal but still not really boring, Heavy Object is another example where even though there is no romance the story is really good.. well for now its interesting as its an OP character trying not to be OP and well maybe he is leading the true MC to become OP... for now i'd give it a 3.5 since I'm still not used to the "wall of text" without much progress in the story, but i'd give it a 4 for future potential.. [edited]
instead of 4 I'd give it 5 for future potential.. since I've thought of another interesting route that might happen where he will be suspected of being in the side of the demons & him trying all sorts of ways to correct that.. Though I can't really recommend this now as some might not appreciate slow-paced story (which I don't really think so if compared to reading LNs) but maybe after around 5 or more chapters it would be good enough.. just hoping the translator won't drop this.. <<less

There is don't seem to any depth to the MC character development. None at all for supporting characters development. There's a lot of time skip with barely any details about how the MC spent that time. Currently, I find this novel a bit boring.
3 Likes · Like Permalink | Report

This is the translator. I won't be giving this a 5 star even though I'm translating this novel. I for one like how the story develops but hey, we have different tastes. I was annoyed when I was reading this at first since the author is feeding the readers very long explanations of how the world and its rules work. The plot that was given at the very beginning and structure of the world is very interesting and that had worked in favor with the author. I liked what was done in... more>> the story but I doubt that it will be the same with the others.
Spoiler

Some of the things that would happen as the MC had explained it in the story gets overthrown at some point in time. The author takes this opportunity to rework some of his earlier misses in the story and progress it very well.
Characters were also developed fairly well and you can see that the relationships that were formed in the start take shape towards the later chapters. Some twist and turns and some plot developments are also thrown into the fray so I'm still reading on what happens next.

Romance is very minimal in the story as the MC is one awfully dense boy.

[collapse]
I really want to be able to have this translated fast but still can't cut my time down per chapters. P.S. I can't keep up with the author in reading this nowadays since he updates the chapters every 2-3 days... It has 613 chapters at this very moment. <<less
2 Likes · Like Permalink | Report

Not bad, also not so great. In other word, it's in middle ground. The MC really didn't want to defeating Demon King, huh... Well, I know the reason are because he didn't want to involved into any politics. But it's also he was given up because too afraid make different plot, from original plots.
0 Likes · Like Permalink | Report
Advertisements
Leave a Review (Guidelines)
You must be logged in to rate and post a review. Register an account to get started.