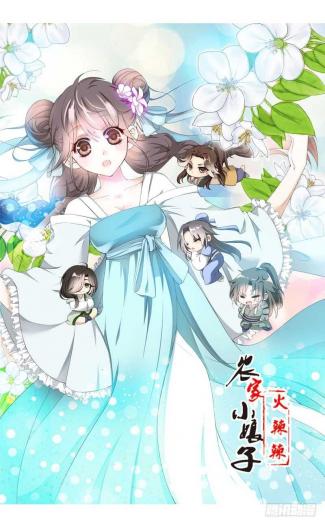 One entry per line
YiJingDongManDesignStudio

Status in Country of Origin. One entry per line
Ongoing (1037 chapters)

Sold by her own grandmother to become a shared wife to the poverty-stricken Ye brothers for twenty taels of silver, Liu Duo, unwilling to succumb to her fate, escaped in the night. She slipped and fell and died an inexplicable death.

Then She, a soul who shared her name, reincarnated into her body. Could this be heaven trying to make amends? She is going to has four husbands? Since what’s done is done, She might as well accept her new life!

Work hard, earn money, get richer, become wealthy, maybe even have some kids! Just as they are living their lives, an array of crazy characters just loves to disrupt their peace. Are they here to taunt her? Take advantage of her? Well, good luck with that! I’m not some sick cat who can’t fight back!

These are recommendation lists which contains Sweet Rustic Love: Four Brothers’ Wife. You should give them a visit if you're looking for similar novels to read. Alternatively, you can also create your own list.
More Lists >>>

I usually don't leave negative reviews despite not liking a novel but this is the first time I wished someone had written a review and warned me so I didn't waste my time. I kept reading hoping it got better but it just got worse. The disappointment is strong in this one. Spoilers below: ... more>>
Spoiler

First let me say I gave this a solid 4 stars in the beginning. There were minor things that came up with the females attitude that were justifiable most of the time so it can be overlooked and it was at times funny. The Thirds husband from the beginning came off way overbearing for a "educated" male. As you all know by now she has four husbands because she was sold by here grandmother and her parents (yes both of them) allowed it. Nothing to overwhelming has until closer to chapter 200 and forward. Here is where I just had to drop this book and delete my bookmarks in disgust.

Things are going well for them and her parents show up. Yes the same parents that did nothing when she was sold off to four men at 15 I believe. It states that she feels nothing for them but somehow is reminded of her past life parents. In short, she runs after the mother and father with tears and gives them a good amount of money and tells them not to come back. For all the cleverness that she is suppose to have she doesn't know that you don't give money to scum and don't expect the rats to multiply? Of course the parents go right back home and without any hesitation give all the money to the grandmother. Of course grandma says she's going back to get more despite cutting ties.

At this point they have built and moved into a new house where the second husband intentionally didn't put a lock on so he could slip in whenever despite she said no. So at this point the story turns into a horror/tragedy novel at best. She basically is telling the second husband and third husband things they wants to hear. Third husband had her sticking her hand in his underwear to do the deed for him even while she's asleep. Yep he took her hand while she was sleeping to get off a few times (started from the old house). He has pressed her down on the bed more than once at this point but hasn't gone all the way. The first husband and the fourth are the only two decent ones at this point. But here it gets even worse.

Since she has a way to keep them out the third husband decides to go into her room before she comes in. She sees him tells him leave he gets up locks the door but he doesn't get to go all the way. Well not to worry because the conniving second husband has his own plan. Yes he goes to her room and lays in bed with her waits until she is asleep. She wakes up because she keeps feeling a stabbing pain in her lower part. Can you guess why she is in pain? She's telling him to stop at first. She isn't fully awake and he is saying he cant wait and cant he continue guilt trip at its best. In her attempt to think in her half wake state she just agrees.. Like he would have stopped at this point. Sorry he and the third brother cannot be redeemed in my eyes no matter how nice they treat her moving foward. To do that to her while she was asleep was beyond not OK. She said she would at least wait until she turned 16 because the body was too young. She says to wait for children but its not like when he does it that's a thought. He seems to intentionally wait until she's to tired to resist him and its just gross. She would willing be with him if he didn't do such a slime ball move. During the same period her little brother is getting his little head split open by his grandmother and the parents still won't put her 6ft. Let not mention that their cousin has eyes for here and for how smart she believes herself to be she can't see him scheming to get with her. There should be over a 1000 chapters but I am so done with this.

I can't recommend this kind cluster**** of a novel to anyone, but if it's your cup of tea your more than welcome.

Truly surprised by the bad reviews condemning the protagonist for spending her own money. She finds a way to earn herself, buys good food for the entire family, buys new clothes for her husbands, makes money to build a house for their future family, yet a female earning and spending her own cash seems to upset some readers. Personally I find her funny, a little cocky, but fiercely loyal to her new family and improving their lives. Recommended read!
1 Likes · Like Permalink | Report

I didn’t expect to see such negative reviews for this. I thought it’s great so far. (Granted I only got to ch 168 by the time of writing this) I was hesitant to start reading this because I had tried a transmigration/wife sharing novel before and it was horrible; the FL in that was not how I’d expect a 21st century woman to be at all. So this novel is a bit more true to life. And added to the fact that she was a nouveau riche in her past... more>> life; her arrogance and the way she manages money thus far, doesn’t surprise me. The only thing that continually give me a headache is the repeated conflicted with Third Brother Mo. I really can’t stand the repetitiveness. One thing I’d like to see more of is the FL putting people in their place, verbally and even physically lol 😂 <<less
1 Likes · Like Permalink | Report

So read till till here as soo. as it was posted here. then took a brake for a day and it was locked. Why would you put locked chapters I just dont understand. Wanted to complain about this. As for the novel. Interesting concept but the attitude of the girl is laking. at some points she is pissing me off. Like how spoiled and selfish can you be in some situations. Well high expectation but its...... ok. Try it and see.
1 Likes · Like Permalink | Report

I kept reading in the hope of it getting more interesting but mehh. The MC just doesn't do anything. All she does is eat, flirt, and spend the brother's money. Which is fine but she likes to think she's really smart and can easily make money. I dont see how she can make money because her past life she was a sick rich person. At what point would she have developed any skills to live like a poor person in ancient times? It's an unsatisfying read, dont bother.
0 Likes · Like Permalink | Report

I am kinda annoyed with the female lead. I don't know if its just me but she's selfish. I understand the fact that she's used to being able to do what she wants and eat what she wants but considering the fact that the siblings are so poor they had to share a wife, she should've been a little considerate of their financial state. Even if she did start earning money. Plus, I was annoyed with the way the second sibling treated the third. There's a point where I do... more>> agree that the third was at fault but the second was just too hard on him. It felt like the relationship they built since birth crumbled just like that. It was paper thin and that annoyed me. I liked the plot so this really was a shame :p What I did like was the first brother and the fourth. The fourth brother was so gentle and sweet. And the first brother, the silent-but-has-a-heart-of-gold, is just my type >\\\\< Overall, I'd probably give this a 2.5 out of five, 3 at best. <<less
0 Likes · Like Permalink | Report
Leave a Review (Guidelines)
You must be logged in to rate and post a review. Register an account to get started.

Reborn as a Mafia Queen