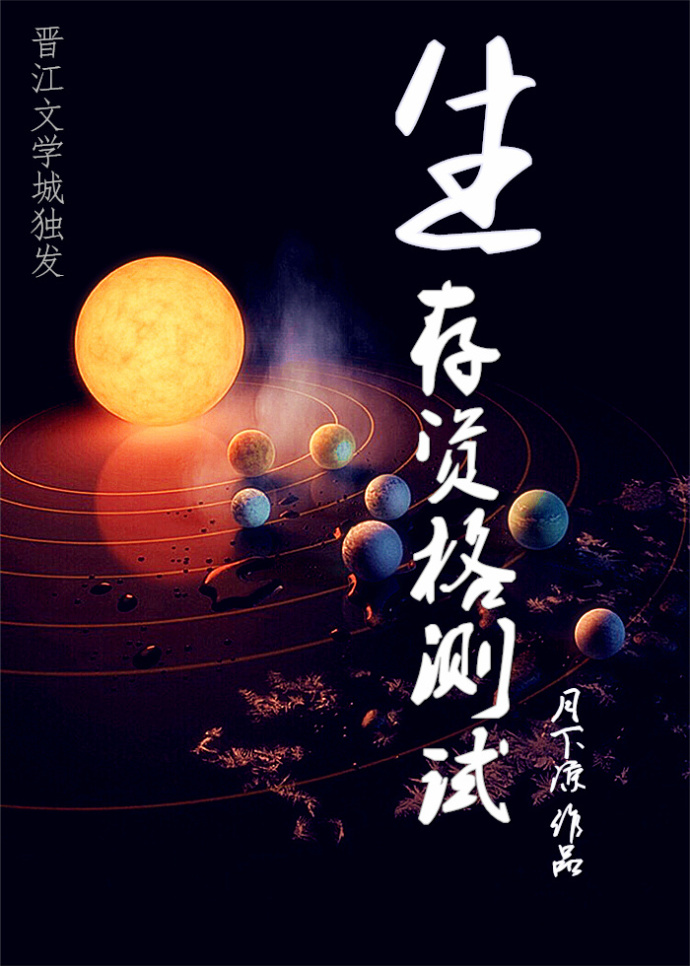 One entry per line
Aegis
月下凉

Status in Country of Origin. One entry per line
143 chapters (complete)

The world awoke its consciousness.

It was surprised to find “little animals” doing “unpermitted” things to its body.

As the new year, 2018, approached, a voice sounded in everyone’s mind, “Hello parasites.”

*a taciturn death god who can beat ten people with one blow* gong VS. *a fake white lotus who is actually a deadly water god* shou

These are recommendation lists which contains Survival Qualification Test. You should give them a visit if you're looking for similar novels to read. Alternatively, you can also create your own list.
More Lists >>>

Darker than your usual survival/horror game where you can't survive if you dont take the risks. The stages are great, they're a fine mix of horror and mystery, chilling and engaging - driving you to keep on reading to find the "truth" I like MC's character, he's calm, smart and a realistic survivor.... more>> MC won't needlessly pit/kill others, but when the situation demands for it, he would do it well and would only briefly grief for the opposing party after he's sure of his winning. As for ML, he is a lot like wei shi (from surprised!talent show), powerful but respect MC's decision, let MC fight and doesnt mind following MC's plan. Rather low-key in contributing/do stuff on the background while ensuring no real harm happens to MC. Add: There is a god-backed reason for ML's reaction/attraction to MC when they just met Hint:
Spoiler

1. The God-persona they received is not random

2.a Water is the source of life

2.b Grim Reaper is the god of death

3. Clues are scattered throughout the arcs with grand-reveal at the last arc >:D

[collapse]
Tl;dr 5 stars, recommended for people who can appreciate a more realistic survival game where the leads are survivors, not saints Though having said that, this story is Good End Major ending spoiler
Spoiler

Nobody die for real

The losers/killed/eleminated will be restored - their powers and memories of the game sealed, then they will continue living their lives normally/like before the game

not what I was expecting from the tags and summery. this is not so much horror IF as it is a series of survival tests and games to see how they react to a given crisis and force them to grow. The start was a little confusing but you find out whats going on after the end of the first instance. The MC quickly forms his own Scooby-gang so if you aren't into group/team oriented play, this wont be for you. There were a ton of games with factions competing/fighting other factions... more>> and the focus was so much on the battle between the players that the potential for terror and tension in the scenarios themselves was never fully utilized
Spoiler

i.e. I normally find dolls incredibly creepy (borderline doll phobia here) and that could have been a really great horror scenario but instead it was all about the players finding the traitor in their team and figuring out the traitor in the other players team, and the story scenario and the dolls were just background white noise; there wasn't much impact or fear factor even for me.

I was disappointed with the lack of horror in this horror story, and I burnt out on these team vs team/player vs player scenarios well before we reached the halfway mark. I concluded from this story that PvP just doesn't hold my interest after a while.

[collapse]
as for the romance, by c4 the MC already sees the ML as a big puppy and the ML sees the MC as a fluffy little bunny. It's also instant attraction, even if they don't purposefully act on it until later in the story. If you like "cute" small animal MC (with hidden teeth) and Loyal Wolf ML you'll probably enjoy this. also, if you like stories that pit teams against teams over and over again you'll probably like this.
Spoiler

to be fair, the last 1/4 gets much more complex and convoluted than the first part. Half the time I couldn't tell if the MC was in yet another instance or if he was dreaming as himself or the character or what the hell happened. Sometimes he knew who he was and sometimes his memories were sealed. All I know is they never seemed to go back to the "real world" after a certain point. Without that small rest point to reorient myself I started losing track of who was where with what, why and how. Then suddenly it was the end of the test and none of the deaths in the game were real.

[collapse]
me personally, I liked it better than Surprise! And much less than The Earth is Online or Kaleidoscope of Death. My rating is leaning closer to a 3 but I'll temp rate it a 4 until the translator catches up to the confusing part and I reread before I give a final rating. <<less
5 Likes · Like Permalink | Report

The plot is good. Got surprised at the end. I even got confused while reading the raws. I'll put up a spoiler what the Author explained happened. The characters is really good, they're not just there to beautify the main characters. I'm even confused of myself if I want to shipped some of them. In the end, I didn't ship cause I have premonition that it may not sail. The instances where they go, there are times I became confused as hell. I'm like: Who am I? Where is this? What happened?... more>> I can't follow up Yuan Rong's IQ. There is this one instance where Yuan Rong realised that he's not humane as he think he is. That arc is a two connected instance, I became confused as hell when I read that. If you become confused while reading, just continue as if nothing happened because its normal in this novel. Your confusion will be cleared by either the explanation in the chapter or by the Author. Anyway, overall 4/5 stars for me. I'm waiting for it to be completely translated and decide to reread it again or not.
Spoiler

Analyze the timeline: When Rongrong was sleeping (the first solar era), Odder secretly spread "he is the object of Rongrong's creation", causing various lace news, and then Rongrong woke up: Don't say that it's okay. Odder burst into tears and became a gloomy boy (by mistake). The Fourth Solar Era is coming to an end, and the fifth induction test begins (December 2012). Odder tricked people into it and started to attack laopo. He failed and was abandoned again. He was sad. Forced to open the supplementary test, which is the timeline where the full text is located, (January 2018), the strategy was successful in the way of Rongrong teammates. As a result, Rong Rong woke up earlier than expected. As soon as Odder saw that he was going to be killed, he hurriedly used the test permission to pull in a "no content test". He didn't expect the next door Gang Jing (Xiao Jiang) and two The baby (the horse and the flower), Adam and Eve (the little Xu Chimei) madly dismantled the stage, and Odder saw one and threw one, but there was no time.

[collapse]
My last spoiler, do you know the novel Supernatural Movie Actor App? There is something similar between this novel and that novel.
Spoiler

The main character and main lead are originally one, was then splitted to become two people. Then becomes lovers! Tada!~

The Tale of Some Random Shinobi

The Man Who Couldn't Be Captured
Advertisements