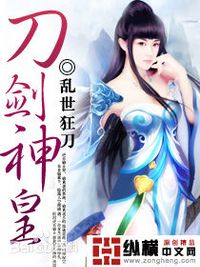 Status in Country of Origin. One entry per line
1338 Chapters (Completed)

Before going to college, an ordinary high school student went to celebrate and got drunk. When he woke up, he found himself in a completely different world. There was a big sect, the approaching sect entrance examination, a slum where his body’s previous owner lived, and a shared memory about a missing young girl.

When he got tangled in a fight with a few punks in this different world, he fell off a cliff and miraculously found himself still alive, with two more voices ringing inside his head. They were Sword Master and Saber Master. In the company of them, he continued to find out more about this whole new world. He took the sect entrance examination, entered the sect, met a strange man in black, and even participated in a major competition of the sect to have a chance to win over his peers!
In this whole new world, he was born again and got to explore the fantastic martial world!

These are recommendation lists which contains Supreme Emperor of Swords. You should give them a visit if you're looking for similar novels to read. Alternatively, you can also create your own list.
More Lists >>>

I didn't hate it, it was reasonably entertaining but a bit generic, there are quite a few plot holes interspersed with fights that don't make too much sense (MC can and will power up for no reason at all beyond all established common sense) time isn't exactly on point (set fight for 3 years later, 6 months pass, "wow can't believe only 2 years left" 3 more months passed, "Gotta get ready for the big fight next month!") The author tried a lot of stuff and abandoned it, but about... more>> halfway through he established the main characters backstory and it just felt so out there for me I lost any motivation to continue to read The established backstory, major major spoilers
Spoiler

Apparently the MC is the god emperor's grandson, who had 12 sons and for some reason adopted a thirteenth one with no explainable origin, and decided to have the adopted son as his right hand man, and even knowing the others didn't care about taking the throne from him (which they somehow inherit despite the fact the emperor is like 1 step away from being actually immortal) he decides to ambush all 12 of them with 1 ship from his personal army (with no explanation why all 12 are together, unguarded and weaker than the army despite being the highest most talented family in all the worlds) and uses the MC's little sister, who has apparently been born in the last few days and was virtually unguarded (because MC's dad is too busy to see his daughter being born somehow despite not taking part in court at all?) as a shield, which the MC's dad gets her anyways, then we're introduced to MC who was the greatest genius ever but again, unguarded for whatever reason, who's had his talent all sucked out (which makes less sense because it was a part of his constitution to begin with but okay) 13th son reveals he wants to kill MC's dad because f*ck him for being popular, main antagonist at this point is 5 years old and apparently has taken MC's talent on top of his own cheat ability (the same talent MC later regains, so now he has literally everything MC has but with super genius talent #1 on top and later getting basically the protagonist aura) and for whatever reason MC's dad is offscreen destroyed by the god emperor (his own biological father, siding with the adopted son for seemingly no reason whatsoever) and they flee to the lower worlds for whatever reason needing to use all their fine blood and energy to keep the kids alive, then dump the MC and his sister in a garbage area and disappear where they proceed to grow up alone with f*ck all for talent despite having essentially 2 of the strongest people in the universe use all their energy to heal them

Of course I'm 5 starring this. One of the best CN novels I've finished. I still have no idea how this author wrote the rather boring Immortal God Emperor if he could write this pretty nice novel... Hail the King is its own genre and also pretty good. Nah, I don't follow the TL. The quality is rather... poor... *coughs* An update, MC is actually the handsome one in this. I don't think there were many others as handsome as he... so to say "every villain is 10 times more handsome than... more>> MC" is kinda... Update 2: Why the hell is this named Supreme Emperor of Swords? Ignoring the supreme emperor part, he uses a sword AND a blade/saber. Don't tell me TL is just translating both as sword? <<less
18 Likes · Like Permalink | Report

You cant expect anything from author it is annoying and frustating that typical story startup and cracked pjs, in this novel every villian is 10 times more handsome than MC, I mean every and most of the characters it is so frustating to hear a long para of how hansome various villians are that it fcuks up and divert your attention from story, story and plot wise plus technique paradise of demon gods is way better. What is up with enemy getting away when injured it is really idiotic, plus... more>> MC _-" ill let you live coz you are human martial sovereign (mtl) ", small villian- "ill remember this you just wait". Mc--"go away". IDIOT WHEN PPL SAYING THEY WILL REVENGE YOU HAVE TO KILL THEM. <<less
13 Likes · Like Permalink | Report

Truth to be told, if it was my first novel in genre, maybe I would even enjoy it. Then why 1 star? To explain, let's use citations: *"If you piss me off again, I'll kill you, " said Ding Hao, one word after another.*... more>> *“Annoy me again and I will kill you”. Every single word said by Ding Hao is full of Killing intent.* Few words, yet combined together they hold *deep* meaning. Depending on your own experience, drawing future of Ding Hao is quite easy. Not going into details we can expect: Revenge from Re-offender, then outer discipline of sect, then bit stronger outer discipline sometimes called senior brother or teacher, then normal discipline, then senior brother, then inner discipline, then senior brother, then core discipline, then teacher, then master, then elder, then grand elder, then supreme elder, then ancestor and finally outer discipline of another, yet 10**x stronger, sect. Then circle begin anew. All this because protagonist didn't had enough guts to kill him and throw body from convenient nearby cliff. <<less
5 Likes · Like Permalink | Report

Update: @Chapter 268 Welp. That didn't last. This ironically went from being one of the xianxia with the lowest amount of psychotic murderous rapists to one that cannot seem to go a few chapters without introducing more of them.... more>> It still seems alright for a xianxia story, but it's definitely a bit less interesting to me now. @Chapter 189 Very refreshing read thus far. What seems to set it apart from many xianxia-esque stories I've read is the lack of overall psychopathy. Sure, there are some douchebags who you can't trust and people who are morally bankrupt, but by and large even the people that are unfriendly at first get dealt with in a reasonable manner, not escalating if they haven't done anything unforgivable yet- and often they actually get redeemed! They're apologetic about their past behavior and become more mature and likable as a result. Many times I read a story and just find myself thinking that the sect the protagonist is in should just get annihilated for being such a hellhole, but I really haven't had that feeling in this. Other than that, it's not terribly unique as far as these stories go, but I'm certainly enjoying it. Ah, I should add that the protagonist is getting notable beauties strongly attracted to him quite early on (certainly for how long Chinese novels tend to be), which is also pretty refreshing. <<less
3 Likes · Like Permalink | Report

Been a long time since I read this but its a hidden gem. one of the few novels I actually plan to maybe reread. as for HOTSHOT one star review which gave no context on what happens so don't pay attention it.... more>> the MC is refreshing from most Xanxia kills when needed and spares when he can. slight spoiler I guess: MC becomes the strongest but then someone makes a breakthrough and comes to challenge the MC for control in which the MC responds with B**** slapping them far away. it was to show the MC strength and also the MC saving that person, because since he broke through and was weakened everyone would gang up on him to find out how he broke through. him sending them far away made so others wouldn't do that since MC didn't want that person to lose their life over something someone was going to do at some point anyways. So yes the MC actually thinks and doesn't kill for people looking at him and is not a beta male who lets everyone step over him. if I recall (again its been a long time since I read it) in easygoing's review it actually does explain why all those events occur... the author isn't just going to shell out the whole story in one chapter that would be retarded to say the least... +1 for the MC sticking with the same sect throughout the whole story and not jumping to 500 different ones or instantly leaving it behind to be forgotten in the story. He actually powers it up to become a major powerhouse sect. which again isn't just there because of the MC but plays some pivotal roles in the story. Also you need to remember that the MC would be the ancestor/guardian of the sect. something all sects have which gives them a lot of weight so don't just go saying the sect is only there because of the MC and everyone else in it is a potato. <<less
2 Likes · Like Permalink | Report

I feel very amused while reading the interactions between the MC and the two advisors. Hahaha

Personally I have mixed feelings about this novel. I am giving it 5 star, because it can "good" novel. It has nice twist in the story, things that people might think are plot holes are simple not yet explained. It has the usual Sect vs Sect fights, then Race vs Race fights and so on. For me there was a bit too much drama and "sad and bittersweet" moments, but I know many people like them. All in all, a good novel if you are searching for a serious read.
1 Likes · Like Permalink | Report
Leave a Review (Guidelines)
You must be logged in to rate and post a review. Register an account to get started.

I reincarnated as an insignificant Side...
Advertisement