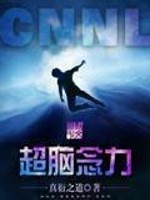 One entry per line
The Way Of Truth
真衍之道

Status in Country of Origin. One entry per line
360 Chapters (Completed)

A serious accident caused the protagonist’s brain to have an unusual mutation. This changed the brain development that it opened the door to a mysterious universe. Not only he obtained a ‘god-like’ powerful telekinetic control and mental perception, he also had an abnormal analysis and memory capability comparable to super computer. Having such super brain, his rough life began.

One entry per line
超脑念力

These are recommendation lists which contains Super Brain Telekinesis. You should give them a visit if you're looking for similar novels to read. Alternatively, you can also create your own list.
N/A

Strange story. To be sincere, if this was written by a 12 years old, I would say "Good work, keep working and who knows, one days you may become a writer."
But if this is made by an experienced writer, corrected by other people, bought by reader with money... sorry, not worth the time. Why?
First no presentation, by that I mean that in every story, there are some place where the writer would present the MC, the world he is living (yes, even the "actual world"), gave a background to... more>> make the story more solid, giving the reader a feeling of reality. Allowing us to really lose ourselves when reading. Here, you just read the facts, as if you are supposed to guess everything around it.
Second
Spoiler

what kind of story explain the central plot (his powers) at his second paragraph? Its like he wrote :

People ! Here is a boy. He had an accident. He woke up in a hospital. His head doesn't hurt? => his brain mutated

[collapse]
Alleluia! The great one is here.
No suspense, no stress or wondering. You either accept it or you die... Third?
Spoiler

The MC is a mix between a Super-Duper-Over-Powered boy and a stupid teenager getting into trouble incapable of using what he has (powers or just his brain like every normal teen) to help himself or does something smart.

[collapse]
Whatever, this is the kind of novel where the writing is just to write, obviously no concrete plot. PS: If this is written by a teen sorry but either you gave up writing for people outside family or you look around for help and advices. <<less

Though, it is fairly early to give a solid review, but early enough for a first impression. As of now there's not much of a plot, it's just got earn cash. The reason I decided to pick this series up is because the MC is a psychic which is quite rare for the Chinese series being translated. It's pretty much just him, witha bunch of different minor characters here are there. He's a bad character. I don't like him. And you can tell that he is supposed to be a stand in... more>> for people to hop in. Which is not bad, if you write the character properly, but this one is all over the place. First he acts somewhat humble by not bothering a pretty girl sitting next to him with mindless banter, but you know the reason this happens is because the author wanted the character to attract the beauty, and because she is a beauty you cannot just have the average uninteresting looking guy strike up a conversation that attracts her it's his indifference to her that does. Which whatever that's fine. However, he starts spending money on all the new things like a moron. Now some of it was for his sister which is cool, but when your characters goal is to give his family a better life and he spends money willy nilly on a bunch of shit, it just kills the character for me. And him buying a car. The problem I have with this is the way it is written. It's written in a way to make the MC look far superior because of how indifferent he is, but he buys the coolest car he can think of which kills the mood of indifference, and shows how vein the character is. If he wa truly indifferent then buying a car that gets the job done would be fine, but he goes out of his way to go to the biggest dealership he can find, and buy the best car he can think of. Overall my problem with this story is the main character. <<less
14 Likes · Like Permalink | Report

I'm still wondering what direction this novel is going for. Slice of life? Sci-fi? Romance? So far it's basically been wish fulfilment with slice of life, very little sci-fi but he is starting to become a techie, there were some possible future romance encounters, no action, little adventure, slight possibility of wuxia? It has almost reached 50 chapters and I'm still waiting for the "meat" of this story. It feels like it has no goal, no journey plotted out, the foundation barely has substance. I just want it to decide... more>> what the story is and where the story is. Feels like it's written by a inexperienced writer, that is just making up things as he goes.
Spoiler

So far the story basically is: Accident gave me super powers, lets make some money out of it and support family & friends, save a girl from thugs, save another girl with money and lets be her sugar daddy, go on a mountain hike and build a cottage in the woods, find a weird rock, huh it upgraded my super power who would have known? (This bothers me a lot, not a freaking hint of suspicion why a stupid rock was conveniently placed in a cave which upgraded his super powers). Lets not think of the very convenient rock and adopt a falcon. Now I want to make my youtube career and make episodes of nature life.

That is basically it, all 43 chapters summarised. I mean that start was okay, but then it just went meh. Don't even bother with the characters, there's barely any substance to them and the MC is just weird, I can't understand his thought process, I think he lost some screws with his accident. Also the author seems to have some fascination with Lucy (it keeps being mentioned) and is drawing several elements from it (the powers, not the story).

Who hasn't read tons of books about superpowers? We all know how it goes, MC gets powers, meets bad people, kicks ass, meets stronger bad people, gets upgrade and kicks even more ass. What happens if there are no bad guys? Well the MC just does whatever he wants. Buy a house for your houses so ensure you're fillial and then go off into the wild and just explore! People keep saying there's no plot, but what they fail to realize is, it's just a different kind of plot. Why do... more>> need supervillians or damsels in distress for a story? Then you can read every other story. Here it's all about chilling and exploring one's desires. <<less
3 Likes · Like Permalink | Report

A rare novel has a hero with psychic powers.
It is a pity that the translation stopped. The hero does what comes to his mind and the plot develops slowly. (But the chapters are few....) Slightly overestimate the score but only for the rarity of the main character's strength.
3 Likes · Like Permalink | Report

I don't see any plot. The first few chapter was good, had solid reasoning.. But somewhere along the line, the progress was thrown away and he became a youtuber..
3 Likes · Like Permalink | Report

If the name doesn't ruin it for you right away and you still consider reading this novel, good stuff most people stop right at the name. If you want to read something so bad that every chapter you wonder, can this possibility get any worse? Oh boy is this the novel for you. If you love novels written by 12 year olds this might be the best thing that god has gifted you. If you've never seen a novel that is so terrible that it causes your face to be... more>> in a everlasting cringe, then your in for a treat. Accident? No problem bam superpower. Need romance? Boom done MC ignores a pretty girl on the bus and now the girl thinks the MC is different and interesting. Need a superpower upgrade? No problem MC finds a random F**king rock in a cave. Oh somehow my magic rock upgraded my superpower with strange energy now I can memorize anything and hack into satellites and do other fun stuff. All in all its a good novel if enjoy plot that has no direction, its a great novel if your mentally impaired or illiterate and its a fantastic novel if both apply. <<less
1 Likes · Like Permalink | Report

I don't really understand, Why giving him power if all he do with his " Cheat " is beating 2 scum in the begginning of the story and winning at macao for then saying " I win at lottery " And for 25 next chapter his " Cheat " is not even mentionned Why don't just give him a real winning ticket lottery instead ? All the story is about him using money to buy things... Its probably a fantasm to poor chinese people I guess to spend his money that they... more>> have not <<less
0 Likes · Like Permalink | Report
Leave a Review (Guidelines)
You must be logged in to rate and post a review. Register an account to get started.