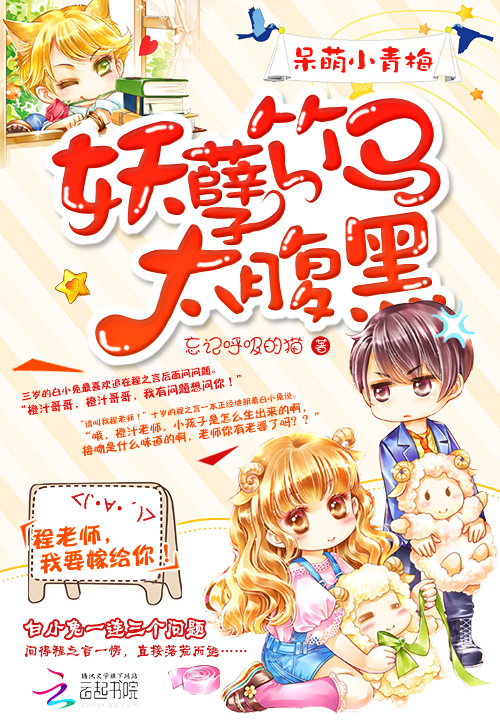 One entry per line
The Cat Who Forgot to Breath
忘记呼吸的猫

Status in Country of Origin. One entry per line
Complete 1158

“Gege, what does cultivating feelings mean?? Is kissing when you eat someone’s mouth?? How are children born??” The 3-year-old Xiao Tu likes to chase after her Cheng Zhi gege and ask questions…

Ten years old Cheng Zhiyan had always seemed been studious and hardworking. However, when he heard these three questions, he was stunned and fled in an instant… until one day, a certain thirteen-year-old Xiao Tu pressed Cheng Zhiyan to the wall and kissed him. Then she smacked her lips to savor the taste and said: “It turns out that when you kiss orange juice, it really taste like orange juice ah…” the always calm and indifferent Cheng Zhiyan, once again fled in defeat.

One entry per line
呆萌小青梅:妖孽竹马太腹黑

These are recommendation lists which contains Stupidly Cute Qing Mei: The Childhood Friend is Too Black Bellied. You should give them a visit if you're looking for similar novels to read. Alternatively, you can also create your own list.
More Lists >>>

I finished all 9 translated chapters. Characters are cute, story is unique, and translation is great. So of course, I looked up the raws to mtl. My only complaint is WHY ARE THERE OVER A 1000+ CHAPTERS FOR A CUTESY BOOK LIKE THIS! *UPDATE I'm now on chapter 234. So far still good. Plenty of chapters which contains moments where I don't know whether I should laugh or cry. This is definitely a book where you won't feel like it is rushed- but I'm still not bored. It basically entails their... more>> day to day living. I'll keep y'all posted on my journey lol. **UPDATE CH239
BEAST! ***UPDATE CH299
uwu at this point I'm just pointing out moments that are basically must read *blush* **** UPDATE CH 314 I'm probably gonna quit doing this cause there's about 1000+ chapters. I'll refrain myself from saying more updates. BUT THIS LAST ONE IS IN PUBLIC. Ok be back later when I finish this. <<less

Hello! it's the translator here (mocchino), now I'm going to be a bit biased since I am translating this novel lmao, though I will be honest with the negative things I feel about this novel. Anyways, I reallyyy love the premise of the novel, yes, it is VERY slow paced, not too slow though, as it is an age regression novel. We start of with our protagonist who is 3-4 years old, I don't really remember, but the story will progress as she moves into a new neighborhood where she meets... more>> our ML Cheng Zhiyan who is 10 years-old. Yes, their age gap is quite big, but do remember they knew each other since little, and I don't really mind age gaps since my parents have a 8 year age gap... OK TMI. Soon from there, the story of our MC and ML begins, with lots of tear-jerking scenes, or goofy comedic moments, and lots of fluffy romance. The story has it all... Though, the plot is slow, could get a bit draggy, a few scenes were quite boring, and not to mention there are over more than 1000+ chapters, I still enjoyed watching our MC grow and their love bloom. Please give this novel a shot, you won't regret it! It is also a fluffy overload <3 <<less
2 Likes · Like Permalink | Report

This story really good. There are 1000+ chapters, but each chapter is short, so it only took me 3 days to finish it. The FL and ML had 7 years gap. I really like their interaction, especialy when FL still in kindergarden, fool but it made her cute. As for ML, I can't help agreeing that he is really beast for dating and kissing 12 years old midleschool when he was acollege freshman.... more>> There are not much drama between FL and ML, but it does have between the side character. I hope there will be sequel for this story. The last chapter made want to read more about the little daughter. <<less
1 Likes · Like Permalink | Report

Wow, this is good. I don't usually like to MTL stories that reach 1000+ chapters, but I can't help it. Anyway, the chapters are short, I think 5 chapters of this book equals to 1 chapter of ordinary book, so you don't have to worry about hurting your eyes lol. I actually got tricked by the synopsys at first. ... more>>
Spoiler

turns out the black bellied one is the ML... I thought it'll be MC since she seems like a shameless one. I should've known since when he suggested to give all the gifts MC received from the boys in her class to her mother. Stinky boy.

MC is actually naive and really dense but shamelessly straightforward. There's scene when the ML got jealous but she couldn't take the hint at all, resulting in ML giving her cold shoulder all day. In the end, she ask her friend and after understand the situation better, she didn't waste time and goes straight to confront it to ML. You could she that although she's super dense, she could still balance the relationship with her straightforwardness

For the ML... I was really tricked. He's reaaaaalllyyyy super gentle and doting when it comes to our MC, I almost believe that he's really the gentle type... but after a while you'll find out that behind that gently smiley mask, this kid is actually quite cunning. it's a bit frightening. There's scene where he actually tricked his parent to bring his little wife to meet him at college because he's forbidden to go out. This kind of lying while smiling innocently...

Anyway, his deeds are written in a very subtle way, I don't know if it's just me but I found out his true face after later chapters.

[collapse]
It's a cute story about childhood sweethearts. After some chapters, you could see the character and relationship develeopment from they were young. Aside frome the romance, this story contain mainly comedy, but there are some tear-jerkers as well and it's nicely written it actually stir my emotion. There's still many chapters to go but I think the premise is good (i skipped to some chapters ahead and it actually still quite good) so I guess i'll keep going. If you want a sweet, cute, and fresh love story with a slow development, I suggest you read this book. <<less
1 Likes · Like Permalink | Report

I finished this novel (MTL) in two days, pheww but so worth it! Love, love and much love! If you're in a mood for following innocent romance than go for it. But beware, they had 7 years gap and anyone who uncomfortable with underage romance should stay away from this. For me? I laugh, blushing, smile, moved and even crying while reading this.
1 Likes · Like Permalink | Report
Leave a Review (Guidelines)
You must be logged in to rate and post a review. Register an account to get started.