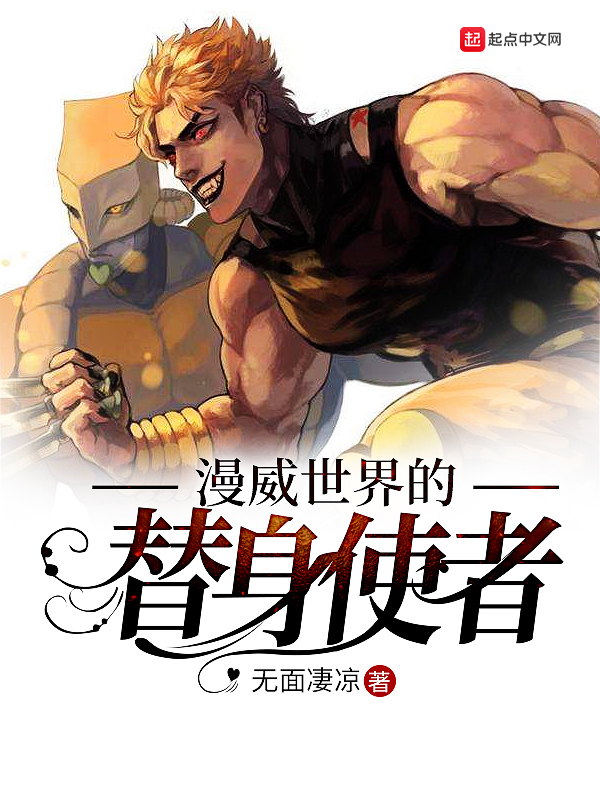 Status in Country of Origin. One entry per line
847 Chapters (Completed)

After crossing, the protagonist is examining his new identity aggressively— Dio Brando, a British and Chinese mixed-race coach ratio!

But wait a minute…

This is the Marvel Universe? How long will it take for Thanos to reach the battlefield?

By the way, I have a cheat!

Ding, hello new player, your first Stand has been drawn.

Looking at the ‘Little Tomato’ who was smiling at him, as the only Stand User in the Marvel Universe, Dio was speechless, then lit a cigarette silently, looked up at the ceiling, exhales smoke, it’s just a mystery how life is so harsh!

One entry per line
漫威世界的替身使者

These are recommendation lists which contains Stand User in Marvel Universe. You should give them a visit if you're looking for similar novels to read. Alternatively, you can also create your own list.
More Lists >>>

It was really refreshing for me to read this novel in the beginning. I thought: "Hey, maybe this could be a funny experience. There may be some funny abilities from Jojo or scenes like the cherry scene and they world setting in Marvel sounds pretty interesting." And for a while it was still interesting. Then the MC started throwing lines like "Black people act like this", "Women are always acting shy and weak in those situations", "Women are not made for this Job", and he started giving excuses for his behaviours,... more>> like saying he only kills people who deserve it (still kills and tortures minor thugs). He also said that that he doesnt care about what women think about him,
Spoiler

but still he starts dating a girl that was a bit*h in his opinion.

[collapse]
And of course, every women he meets falls instantly in love with him as well. For me, this novel has shown that the author is probably a racist and that he still thinks all women are the same.
Spoiler

After he killed Loki I stopped reading btw.

[collapse]
Normally, I would give such a disgusting author only 1 star, but for the sake of the interesting world setting I give 1 star more. To be honest, I regret that I have wasted my time with this novel. It really is hard nowadays to find good novels where authors dont bring in racisism, misogny or any other garbage world views that noone needs. <<less
33 Likes · Like Permalink | Report

Pretty decent for a CN marvel fanfiction. Less frustrating than most of its kind, until later 500 chapters, that is. One big problem about this fanfiction, is that the author is too afraid to make the MC make big changes to the original story. Although the MC exists, nothing much changes for the best, he doesn't go out of his way to make the world better, sometimes even making things worse.... more>> The MC only looks out for his own interest despite being around the superheroes. One way or another, the things that happened in original story will still happen. The MC acts like he wants to change things, but the most important things remain unchanged. If that's the case, then what's even the point?
Spoiler

One big example is that Thor didn't suffer as much as in the original story against the destroyer during his first descent. The MC changed that minor thing..

Well.. At least he trained Thor to "aim for the head." lmao.

Asgard was still destroyed during the ragnarok. "Hela too OP!"

Hydra wasn't wiped out despite him having the power to do so if only he wanted to.

The civil war still happened, and the end results are even worse than the original.

Ancient One still died "because she needed to."

Even added a c*ckroach-like dark-phoenix second personality who split off with the original and has a deep grudge against the MC.

Hela survived for some bs reason.

Hydra survived just because the MC can't be bothered.

Mephisto hides in his dimension.

You get the idea.. It has become a pattern for "something to come back to later on."

Read till chapter 100+ (will still read the rest of the chaps since I dont have much to read) anyway to change this to 2.5 stars ?. Just forget your reading marvel and just someone who has jojo powers and you will enjoy it. just drop anything you know about the marvel characters behavior and personality. You will just be frustrated. And think of the angry mobs as actually softhearted persimmons. I wont say why. But you will understand once you reach round chapter 98.... more>> Things I wanna point out 1) itsss so Chinese esque the kill all witness even their decendents stuff 2) the progress story is sooo slow no marvel character meetings till chapter 53. 3) Characters from mcu are so out of character. They got like personality overhaul and has a tendency where geniuses act s*upid. Like shoot first before knowing what happen. 4) MC is a hypocrite said he will not kill if necessary but killed 2 small time gangster since they attack him. Then saying some bs that he doesn't like killing and wont kill if necessary ?‍♂️ Well MC is improving abit still cant shake the Xianxia esque vibe doesn't feel Marvel at all.
Nothing much to go on yet will give more info once I've read around 100 chaps.
Spoiler

kinda killed it for me when MC meet black widow for the first time. The MC is kinda s*upid overdoing the food healing scenario with her. He could just do a simple dish explain too her what will and just make hair nails look preety or something minimal, buttt nooo MC did not explain anything to her no fudge was given and make matter worse he did a full overhaul cure. Which of course will feel like you have been poisoned due to pain and naturally Natasha will attack you. ?‍♂️

It's a decent read for a fan fiction. MC somehow gets the stands he needs on a "lucky" draw. But I also can't help but curse the MC with "I hope he gets stuck in Super Fly." Each chapter is pretty short and releases almost daily, so I don't get bored waiting for the other "popular updates".
4 Likes · Like Permalink | Report

I finished the novel by the RAWs. I can tell you the novel doesn't get any more amazing from here from now on. The rest of the novels is written in a similar fasion and the ending makes me wanna kill the author.... more>> However, seeing the stands again, this time with multiple used at a time, and stands like [The Hand] getting it's full potential, and in the Marvel universe, has a certain charm. This charm made me stay awake until 2am every night just to read this novel. JOJO fans and Marvel fans could not enjoy this. You have to be both. There are a lot of cliched elements, not much changes to the main plot, and more problems. But the fact that it made me finish a novel with 800+ chapters (I've never finished a novel before, most of the time novels goes to sh*t in the middle so I dropped it) is amazing. Just accept the fact that this novel is riduclous and has a OP Womanizer MC. Then, you could properly enjoy this. A good casual read. <<less
3 Likes · Like Permalink | Report

After like 450 chapters it's gone down a bit. Most likely the author ran out of fresh plot and they're just trying to introduce every Marvel character they can think of as a filler. Hopefully it doesn't take too long to pick back up again.
2 Likes · Like Permalink | Report

3.5 It was 4.5 stars at early chapters, then goes to 4 after that, then 3.5 now cause CN novel be CN novel too much filler, showing off, meta CN novel thugs, etc. Wish the author can at least make MC not meta CN novel but oh well..
0 Likes · Like Permalink | Report

To those who want to read a marvel fanfic made by a Chinese dude this will probably be the best one you can find. Pros: Cons:
0 Likes · Like Permalink | Report

Ok let me just start by saying I hate jojo I have always disliked it but I really love this fanfic it’s great and you don’t need to be a fan of ether franchise to enjoy it it’s just a great read and I really recommend it.
0 Likes · Like Permalink | Report

1- Sorry, but my english is very, very bad, so it will have a lot of error. But I will try my best. I didn't read or watch before something of jojo biz. But this novel, I think, still very interesting. The MC is OP, not invincible in the universe, but in earth, still very stong, and become more strong in the future. The history have a good plot. Even if the history is basically the history of MCU, the MC have his own aventure, and it's pretty good. Don't have a... more>> real harem, the MC is OP. The real plot is the same as MCU, but with the MC. Now, the bad things (to me). As the stroy progress, more and mores characters are introduced, that's not bad, after all, infinity war was the same thing, and here the same problem apear again. Too many character, so too many side os the story, too manu thing is happen. Principally in the end of story, and a lot of this thing, we already know, because it's the same thing than happen in the film. So, less chapter with the MC, and less protagonis, made me feal a litte borring. And plus, many side original storys are forgotten, some plots, some features and characters, the original ones principall, are forgotten or didn't have a ending. Overall it still was a good experiece. I give the story a 4, because to me it was a funny story, and give me a good experiece. A I said, not perfect, but its worth my time. Last thing, I belive the author seemed to want to take the strory forward, but he could have ended in the chapter 813 brillliantly. <<less
0 Likes · Like Permalink | Report
Advertisements
Leave a Review (Guidelines)
You must be logged in to rate and post a review. Register an account to get started.

Dream of the Eternal Lovers
Advertisements