Novel Updates
RegisterLogin
Theme
Search
Your changes has been saved.
Splitting the Immortal 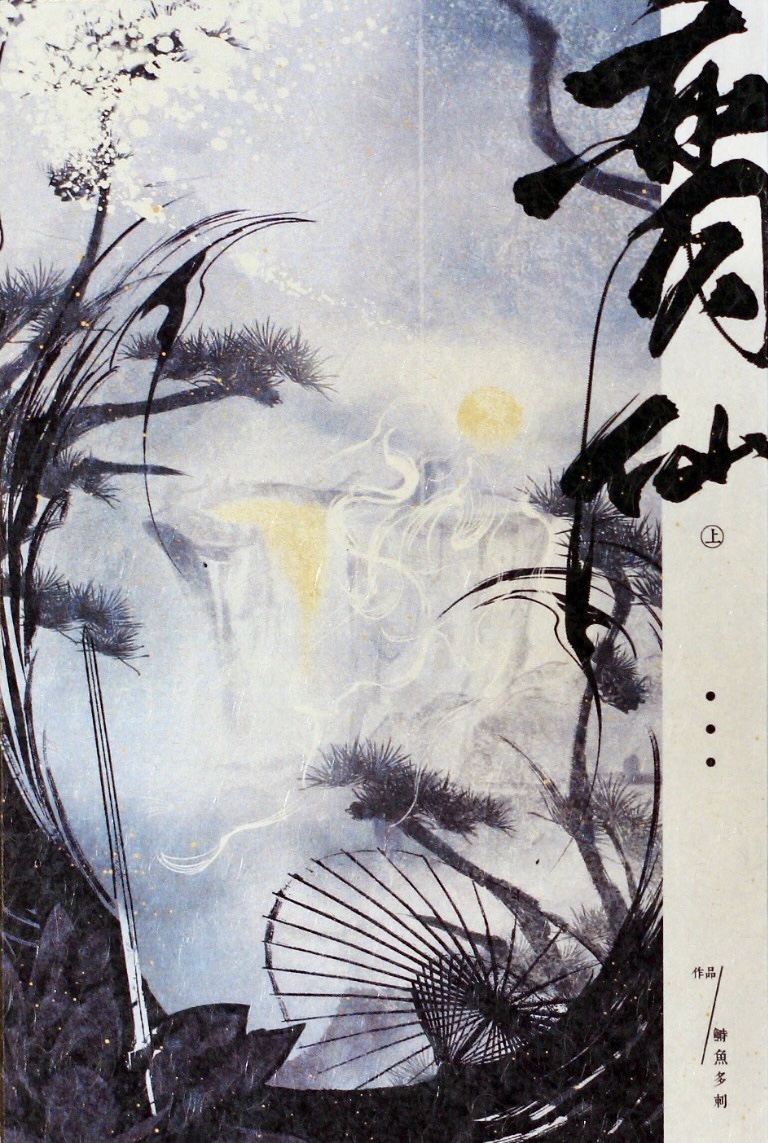 One entry per line
鲥鱼多刺

Status in Country of Origin. One entry per line
45 Chapters (Complete)

One entry per line
Long Ma

The beautiful and powerful immortal of the righteous path, Yu Ru’e, fell powerlessly into the hands of those who seek vengeance and harm upon him. His closest guarded secret of having a hermaphrodite body was then revealed. His cultivation and strength sealed, his weapons and tools gone, he could only let others toy with him as they like as he gradually sank into depravity.

His Majesty’s Hostage (1)
The Daily Task of Preventing My Disciple from Turning to the Dark Side (1)
Transmigrating into a Mob Character to Rehabilitate the Villain Plan (1)
You’ve Got Mail: A Cautionary Tale (1)
A Straight Guy’s Nightmare (1)
Pet Dog (1)

These are recommendation lists which contains Splitting the Immortal. You should give them a visit if you're looking for similar novels to read. Alternatively, you can also create your own list.
More Lists >>>

Whoah, boy. MTL'd after reading the first chapter. Translation is excellent; I'll re-read and keep up with it. The story starts off in Chinese Hell (the one with 18 layers), where an immortal sword cultivator is stuck in a wall, his cultivation sealed. And it only gets worse. It's p*rn with plot, done reasonably well. The supernatural elements add an interesting flavor to the smut without dragging on too much. There's pretty much only one "transitional plot" chapter that doesn't have smut (and even then, the MC gets off). The... more>> main plot is hard to parse with MTL, but as far as I can tell it's basically:
Spoiler

Complicated immortal stuff happened, and now the heavens has decreed that MC must be punished. The MLs try to keep MC's punishment from being too bad by defiling him themselves.

MC jumps directly into a futuristic universe where he's tasked by the heavens to collect the souls of the MLs. Enter the modern remakes of some of your favorite scenes. MC is now a prostitute who serves the MLs with the help of an advanced mobile app.

[collapse]
This is an incomplete list of the specific s*x acts/tropes that might break the deal for some readers. Hope this is useful.
Spoiler

Prolapse: Yes, of both holes. If this is a hard no for you, then drop this book now because the author can't go one scene without describing it at least twice.

Enemas/pumping and plugging: Yes, of both holes. Common descriptions include a belly "swollen like 3/5/7/10 months pregnant." Long descriptions of the release of whatever fluid or thing is stuck in MC.

Humiliation: Yes. Mostly in the form of public exposure/play, naughty language. Slightly related, MC acts as a prostitute every once in a while.

Dominance/submission: Occasionally, and mostly limited to pet play (think tail/ears). Lots of bondage (chains both thick and thin, ropes, silk, use your imagination).

Whipping/spanking: Mentioned in passing; there's more focus on the result than the process itself. Mostly on genital area. No blood is broken, ever, but later MC gets a taste for electric whips.

Edging/forced orgasms: MC's suffering is more in the direction of constant orgasms. As in he can't go two steps without one at some points.

Water works/urethra play: Yes, both holes. MC is incontinent. All the time. If constantly gushing fluids isn't your thing, drop this now. MC is also used as a toilet (urine).

Oral/fellatio: Yes, from both the MC and MLs.

Body modification: Limited to piercings, and even then only in two places (nipple and down there), not necessarily at the same time. No cutting, no burning, no needles (the sharp kind, but the dull ones are used for stretching). Blood appears very, very rarely (as in, someone cuts a finger. MC is so moist it's hard to hurt him like that).

[collapse]
There are four MLs. They're all connected to the MC in some way, and they appear to have a vague acquaintanceship with each other.
Spoiler

Long Chi Le (Dragon lord) : Disciple of MC who was raised by him single-handedly. The youngest and shortest of the bunch. Like most snakes, he has two "horns." Very instinct-driven. Possessive of MC. He's pretty much the only one who's cried (the MC only gets "wet" around the eyes).

Chikui (Demon lord) : Redhead with "canine teeth". He has a thing for MC marrying him (wedding dress play) and bearing his children (no actual children are created, to his distress). Was captured by MC as a demon and has been confined in hell for the last 300 years.

Yuan Jixue (Ghost King) : The most creative, the technical dom of the bunch. Cool-headed. His scenes are the most complicated to MTL (as in, figuring out exactly what's going on). He propositioned MC in a past life, and was rejected.

Bai Xiao: Master (to his beloved disciple). The most open-minded, the caretaker dom of the bunch. He apparently took on MC's heavenly task/punishment in the past, which is now coming around to bite them. He's into seeing MC drop his icy countenance and acting sweet and lovable.

There are some light 3P/5P scenes; none of the MLs touch each other.

[collapse]
I never expected this, but I really like the MC! The book has third-person narration so you don't get his inner thoughts—in the beginning he's more frigid (he's a cold beauty) but later he opens up and it's obvious he's anything but weak. I use "he" for MC because it's danmei, but he's more androgynous than anything else.
Spoiler

First things first, he likes all this. A lot.

He's a strong character; even when his physical strength is gone (cultivation sealed), his mental fortitude is iron-clad. If he decides to do something, he does it. He's not wishy-washy. He doesn't have any regrets. He is proud, but he isn't traumatized (he accepts his pleasure and doesn't feel ashamed of it — unless it's in a kinky way). If he's knocked down, he just gets back up again and he's smart about how he fights back. MC starts off as a righteous sword cultivator, and he actually breaks out some slick moves on the MLs and others (as in, he kills them in one stroke).

Normally he's a man of few words, but he isn't shy about expressing his likes and dislikes to the MLs. He's more of a masochist than a submissive. Not the typical queen shou, but it's clear the MLs would eat out of his hands if that got him off (which, it wouldn't, but they still eat him out *wink wink* anyway).

[collapse]
As far as I can tell, I've reached the end. There seems to be two versions out (one with 106 chapters and another with 45), with no extras. The author's description says it's a HE. The last chapter is
Spoiler

A wedding scene in which all 4 MLs play a part. One of the MLs gives the MC a diamond ring. The author's mini theater reveals that MC likes the ring (and that ML).

[collapse]
It's a pretty flat ending. Feels like the author just got tired of writing and just ended the story abruptly. There's no real resolution to the plot. As far as smut goes, this is great but has some specific kinks that won't appeal to everyone. <<less
95 Likes · Like Permalink | Report

There are no morals in this household so if you're looking for it, leave. I mainly read this for the smut and smut I got, so 5 star. I needed to de-stress from my studies and what better way than smut. Enjoi and Adieu. 5/5
22 Likes · Like Permalink | Report

In case anyone doesn't read tags, the novel contains SMUT, r*pe, and SEXUAL ABUSE. You should not read this novel if you are easily triggered by such topics. MC is basically a powerful immortal who gets his cultivation sealed and thrown into the demon realm to become a meat toilet.
Spoiler

[collapse]
If you're here for the smut, I personally give it a 5/5 Edit: After getting further into this book, I have discovered that there is a plot to this story aside from the smut. The male leads have a reason for raping the MC. But that doesn't change the fact that it's still r*pe. The novel is still 99% smut though.
18 Likes · Like Permalink | Report

I've read to chapter 3 with mtl and OH MY GOD! It's quite easy to read but doesn't really make sense sometimes. But to read till there I stopped. Because the abuse/raping scene are being describe so graphic I could feel and see this before my eyes. I thought it was so good and didn't want to ruin it with mtl so I want to wait for translation instead. Anyway, the thing is those r*per bastards are truly fitting for being called bastard. Damn. ... more>>
Spoiler
[collapse]
Putting a branch into the hole? Are you seriously going to kill him? Urgh, just thinking of this and the other bastard that he met later pulling it out of his hole forcefully (BLOOD!) I just want to get in there and kill those bastard there and then. ┻━┻︵╰ (‵□′) ╯︵┻━┻ <<less
11 Likes · Like Permalink | Report

The cervix doesn't do that! It's not something you penetrate because you have a big dick. It doesn't droop. You can't invert with rough s*x. You can bash against it but going through it into the uterus is impossible without literally ripping organs apart, which will quickly result in death. You can not write about female anatomy if you have absolutely no idea how female anatomy works. This author needs to stick to strictly MxM.
7 Likes · Like Permalink | Report

Smut. Read the tags. Don’t read if reading those things in fiction bothers you.
The first chapter was very stimulating ? Looking forward to the next one. The translation flows very nicely.
2 Likes · Like Permalink | Report
Leave a Review (Guidelines)
You must be logged in to rate and post a review. Register an account to get started.