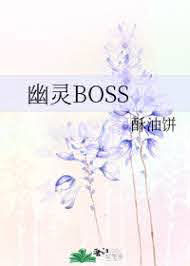 One entry per line
酥油饼

Status in Country of Origin. One entry per line
137 Chapters Completed

One entry per line
幽灵Boss

These are recommendation lists which contains Spirit Boss. You should give them a visit if you're looking for similar novels to read. Alternatively, you can also create your own list.
More Lists >>>

There's only one review for this novel so I thought I'd add one. There are only 20 chapters as of now. The translation is very good (thank you translator!). Not really spoilers but I'm marking them as such for people who like to go into a story blind. ... more>>
Spoiler

The MC is kind of weak, a coward by his own admission. He's still likeable. Also, I don't think he can do anything else under the circumstances.

He has always been unlucky. For eg. Finding c*ckroaches in his food when other people don't. Unlucky incidents are a regular occurrence for him. The tone is not serious and his misfortunes are depicted in a comedic manner.

He enjoyed beating up a boss (Baal) in a game but he finds him in his house one day. Baal is there because Lucifer put a black Pearl in the MC's body which Baal wants. Baal wants MC to quickly fall in love with someone so that he can get it back (or something) which leads to uncomfortable situations for the MC as Baal pushes him onto people. For eg. Baal tells him to fall in love with his cousin quickly as he is not affected by human morals or incest. He's a creature from hell so *shrugs*. Fortunately, he abandoned the idea soon.

He forces MC to do things he doesn't want to (pressuring him to fall in love with strangers) and creates shitty situations for him. He is invisible to other people and can push or make MCs body do things. Like push off people down the stairs (which MC doesn't want to). So it's torture for MC...? It's all depicted in a humourous manner so not really.

The ML is malicious, being a creature of hell and all that (right now I think he's a fallen angel).

[collapse]
All in all, its an alright novel and I'm finding it somewhat refreshing as it's different from the last few novels I've read. <<less
10 Likes · Like Permalink | Report

So far, absolutely hate the ml. He’s the most selfish, arrogant, ignorant pos I’ve ever seen. I hope the MC blackens. I thoroughly wish the MC would grow a pair and teach that bit*h ML a lesson. The spoilt prick needs to get his ass beat. aside from that, the translation is amazing.
4 Likes · Like Permalink | Report

The fact that there's a sequel of sorts to Spirit Hotel is an automatic five stars. While I don't think it's at the same level, I am only a third of the way in. It's got the author's unique humor and wackiness, and I am enjoying it. Many thanks to the translator!
0 Likes · Like Permalink | Report
Leave a Review (Guidelines)
You must be logged in to rate and post a review. Register an account to get started.

The Overpowered Villains Turns Out To...