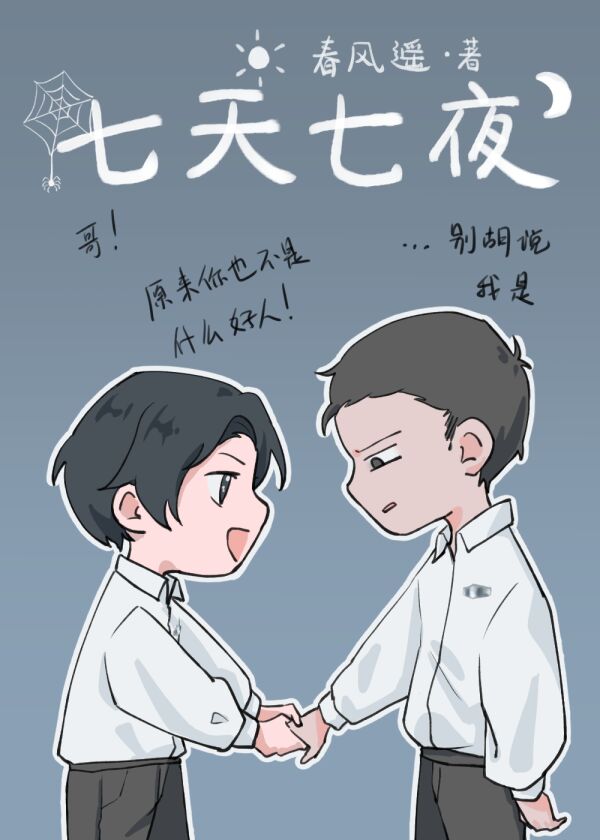 One entry per line
墨翊玄

Status in Country of Origin. One entry per line
165 Chapters (Completed) + 6 Extras

‘Seven Days, Seven Nights’. Initially, he had thought it was forbidden due to explicit rated contents (er*tica). In order to survive, he behaved so unrestrained he was basically flying. Later — I’ve already flown out of the sky and only now you tell me it’s an ‘unlimited flow’ horror novel?!

One entry per line
七天七夜

These are recommendation lists which contains Seven Days, Seven Nights. You should give them a visit if you're looking for similar novels to read. Alternatively, you can also create your own list.
More Lists >>>

this starts out great but I started to lose interest ... more>>
Spoiler

once the hosts all begin targeting the MC. The story began to get rather irritating I lost my admittedly limited patience more than once.

[collapse]
on top of that, the ending seriously gave me the creeps.
Spoiler

simply accepting the false "perfect" reality created for them and docilely re-entering the illusion so long as they get to keep their memories and each other. It made my skin crawl. I know for some people it's the perfect end but for me, it was the creepiest part of the whole story; no matter how bad it is, reality is always preferable to illusion.

It reminded me of the first matrix movie where the traitor was so willing to go back in the simulation even if it meant he was nothing more than an unknowing battery.

[collapse]
it's entirely possible that I missed a lot of nuance, given I read this through MTL so I am more than willing to reread and reevaluate after the translation is finished. as of now, my rating was around 3.5. <<less
10 Likes · Like Permalink | Report

The MC has emotional impairment (apathetic/indifferent) due to his family's accident. So some of his practical actions are a little funny. However, those scenes are not so hilarious probably due to how it is written. Unsure if will drop He transmigrated into a horror book, and misunderstood his classmates when she mentioned that the book was "explicit" since it didn't necessarily mean H. So whenever he was in game he tried to seduce the host (boss). Actually not really seduce since he wass apathetic rather he did ambiguous actions. Hence... more>> after the 1st game, he got another bar for the value of..
Spoiler

Immediately after the story started, we were given a mystery regarding the story. A few months or year before, everyone in the world knew about a book called SEVEN DAYS SEVEN NIGHT, and how it was banned because it's very explicit and gory in details that there are people that's affected to it and fell into depression. However, as we dug further into the story, we can realized that no one, no one ever read the content of the book. That everything is just a rumor that somebody heard from someone... more>> else. Of course we know that Seven Days, Seven Nights is the game, but what's the purpose, and why it appeared in the world and people's mind like that stays as a mystery. At the same time, we were introduced to an MC who was apathetic. The MC life apparently is also surrounded by mystery.
Spoiler

His parents died by accident leaving him alone, yet he didn't really feel anything. More than that, his parent also left quite a sizeable sum of money for him so he didn't have to struggle in life. It was left for him alone. Weird thing is, none of his relatives even wanted to touch a little bit of the money. All they give is a bit of sympathy for him because he was left alone, and that's it. This led the MC to believe that his memory is fake, that his life is fake because people aren't reacting to logical arrangement.

[collapse]
MC was pulled into the game right after he met his best friend, a girl name Zhu Yun that's running away from her home. No one knows what happen to her, but as we got further into the story, the MC and ML take a guess that Zhu Yun is a
Spoiler

[collapse]
. As of Chapter 100, the story is filled with comedic undertone, with more deadpan humor that's quite funny in my opinion.
Spoiler

The romance is quite slow, as the MC didn't realize that he fell in love with someone and think that it's an arrangement from the Host that he need to be careful of.

[collapse]
It's quite fresh in my opinion. Good for reading. Edit: Complete.
Spoiler

It finally got explained near the end. In short the world they're living in is a place created by the game, it's called Seven Days Seven Nights. The people are real, they're the people who wanted to leave their world because of reasons. Their original world is the world in the game, so in short its a real world while their real world is fake. The purpose of the game is to create a perfect world, so it learns from these humans by letting them play their game. Over time, they will encounter an instance in their home world, and they will got their memories back of their original life. If they survived that world (because there's a huge chance they'll die when they encounter this world) they can have two choices, which is to go to the perfect world (the world they lived in now) and have their memories replaced so they won't know anything about the game, and they'll leave the game, or two is to go back to their original world and live back as the native. This is what happen to Su Er. He managed to overcame his original world and live in perfect world but with his seat mate help he comeback to the gamr world.

[collapse]
I wish to read the translated version. Many terms is lost in goggle translate, but I can tell that this is really funny. <<less
9 Likes · Like Permalink | Report

Liking this so far. The concept is interesting, though I'm actually not 100% sure if it was clearly explained WHY they have to go through these games (like what do they gain from it? Was it explained or did I miss it by reading too fast?). MC is hilarious and he thinks outside of the box. He joins an "organisation" or team and so it goes into a game scenario each time. It's mainly plot based with little erm romance. In fact there's none up to the point where I'm reading. But for... more>> those curious about who is ML, based on chapter titles, I can guess it's
Spoiler

his team mate JL? Who's like the boss of the team. I was actually a little disappointed because I thought it was going to be the host hahaha. Well, main CP romance is really NOT the focus in the book so don't go reading this book looking for that like you would with other similarly themed books.

[collapse]
But overall a nice interesting take on this genre of horror as the cases are quite fresh and the way MC goes about them are funny and innovative. <<less
3 Likes · Like Permalink | Report

I think the story is good but theres only a MTL which is quite difficult to read so might come back if there's a finished translation
1 Likes · Like Permalink | Report
Leave a Review (Guidelines)
You must be logged in to rate and post a review. Register an account to get started.

Underland and the Forehidden Kingdom
Advertisements