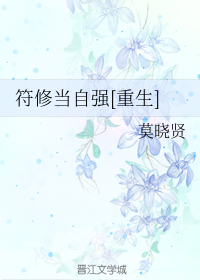 Status in Country of Origin. One entry per line
97 Chapters (Completed)

Yu Qiu once thought that he could rely on his shixiong forever, but when he was captured by the Shadow Demon, he watched helplessly as his shixiong stepped into the bride room together with a woman.

He knew he was one foot in the grave, powerless to reverse the situation.

After reincarnating, how could he walk the path of seal cultivation again?

Rebel? Vengeance? Revenge? Depend on a loyal dog who would be his shield?

That was too low for him!!!

He was going to:

Break up that haze in front of his eyes and turn it into tall mountains.

No longer depend on anyone, but rely on his own strength for everything.

Make every cultivator never say the words “seal cultivation is only supplementary” ever again.

Become the strongest person in the world.

Show that he will become a Daozhang.

One entry per line
符修当自强[重生

I Have Medicine (2)
Rebirth of the Supreme Celestial Being (2)
Everyday, Boss Is Pretending To Be Weak (1)
Every Day the Protagonist Wants to Capture Me (1)
The Reader and Protagonist Definitely Have to Be in True Love (1)

These are recommendation lists which contains Seal Cultivation for Self-Improvement. You should give them a visit if you're looking for similar novels to read. Alternatively, you can also create your own list.
More Lists >>>

if you are expecting a bloody revenge or face slapping moment then you've got the wrong piece of novel. This story is probably one of the best going back in time sub-genre or something that i've read. The characters are made aware of their own lapses and weaknesses. It shows how each person have their own story and how their own choices and realization could affect their lives. MC is pretty lovable, he learned from his mistakes, faced his pasts and learn from it. He was not a revenge maniac nor was he... more>> bitter. When he rationalized what happened in his past life and look deeper on the times he'd been with his brother he weight the good and the bad and even accepts that maybe he has some participation in it, hence he live today and learn from the past. This mindset is rare on this kind sub-genre. A refreshing take I might say. The ML, he is not the usual I am cold and cool ML he has his own share of weakness but he can be describe as the virgin mary personified. <<less
14 Likes · Like Permalink | Report

Finally not a typical revenge story. I really enjoyed reading it. Cause and effect. The story is around those 2 word. It's try to tell the reader everything have it's cause, and the effect will follow it. So without understanding it, don't do things what you will regret later. It's the same with the MC and his shixiong. When they met the MC realize, he is completely different from the one in his memories. His betrayal was an "effect", so he spend a lot of time to find the "cause".
8 Likes · Like Permalink | Report

I get that this is a BL novel but I still feel deceived by the synopsis and the author's note in the first chapter about focusing on the protagonist getting stronger. 30 chapters in and there's so much drama now with potential love interests vying for his attention and him agonizing over it. What happened to the cultivation? What happened to relying only on himself? I'd rather the getting together stuff get settled fast so that the plot and getting stronger parts can continue. Even face-slapping the scumbag would be... more>> more satisfying. And then there isn't enough build up to the supposed climax and ending.
Spoiler

The big bad arrives abruptly. The system is somehow related even though it hasn't been doing much. Protagonist disappears somewhere as a side effect of saving everyone then returns in the final few chapters.

[collapse]
Altogether, what happened after most of the drama ended was disappointing and left me thinking "that's it?" <<less
7 Likes · Like Permalink | Report

I love this book. The situations are funny and the characters have real depth. I've MtL'ed it several times so it's great that someone has finally picked it up.
Spoiler

it is so great when the MC starts winning fights using loose floor tiles. So great.

It was going so well man, so well then ZQ started becoming unlikable and went through the cliche where he's like "iM nOt gAy bRo iM stRaight I cOUld nEVeR lOve a Man" which is probably one of the worst cliches. I stopped at around chap 29 because thats where I knew this novel wasnt for me.. I do like how the ML isnt your average yandere stalker guy, and chapter 1-28 were really good, its just not my thing. I assume that this novels relationship between the main cp... more>> will be very angsty but I could be wrong, go ahead and give it a go if this seams like your thing! After all its to early to judge. (Mind my bad grammer, I binge read..) <<less
1 Likes · Like Permalink | Report

I want to give this 5 but MC in chapter 29 kinda killed my mood.
Spoiler

He's sort of together with his ex shixiong for hundred years, like going out together and stuff, and he's still confused with his feeling for another man and was being homophobic about it. It's really uncomfortable. I went nay at that momet.