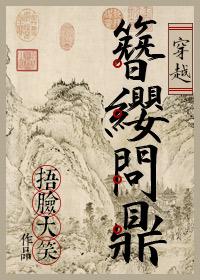 One entry per line
捂脸大笑

Status in Country of Origin. One entry per line
Completed (357 Chapters + 26 Extras)

After dying in the line of duty, Liang Feng inexplicably transmigrated into the Western Jin Dynasty – that short-lived dynasty that succeeded the chaos of the Three Kingdoms and preceded the reign of the Sixteen Barbarian Kingdoms.

Trapped in a beautiful but fragile body, would he use his looks to fake his way into being a “famous scholar?” Or would he raise an army and plant fields to fight the barbarians for dominance over the Middle Kingdom?

With a young wolfdog in tow, Liang Feng proves that he can do it all!

These are recommendation lists which contains Royal Road. You should give them a visit if you're looking for similar novels to read. Alternatively, you can also create your own list.
More Lists >>>

Really love this novel. Mtl wasn't too hard but the novel was a bit heavy on history so the names get confusing sometimes. The author also explains the history parts in the novel to not confuse the readers. The MC is very steady, mature, smart and has good foresight. I love, love, love his character❤️. The way he builds up his land and improves the standard of living with his modern thinking is very fun to read. He doesn't have excessive knowledge on how to invent new things and there are... more>> trial and errors which really makes it more realistic. He tries not to attract too much attention and just keeps to himself as much as possible. The ML gets attracted to him real fast though but the MC is considered very 'beautiful'. The ML puts in honest effort to be able to stand on equal grounds with him and protect him. He has quite a 'ferocious' nature and being on the battlefield totally suits him. He is the silent, intense, extremely loyal, possessive, earnest kind of guy that you just can't dislike. The fact that he has silver eyes is a major plus point for me too😋. The novel focuses more on the plot than romance. The romance is a slow burn but its good❣️ The MC also has a little son. He's a super cute bun🥰. Don't worry though, the wife has already passed away.
Spoiler

His real father disliked him because his wife died giving birth to him and also blamed him for his own mother's (kid's grandmother) death. He didn't abuse him physically but he also didn't give him any attention and let the poor bun think that he is the cause of their deaths. It's wasn't until the MC appeared that he finally got some real parental love. It gets especially hilarious when the cute bun gets jealous of the ML for MC's attention.

[collapse]
Almost all the other side characters are also really well written. I have read it till ch 80 and I have found this novel to be totally bingeworthy❤️ If you liked Back to the beginning of Ming to do charity, then you'll definitely love this too. The major difference is the base character of the MCs. The one here being a law enforcer in his previous life and the other one being a scheming person. So you can imagine things turning out differently. <<less
11 Likes · Like Permalink | Report
Leave a Review (Guidelines)
You must be logged in to rate and post a review. Register an account to get started.

Through Her Eyes: The Third Year

Harry Potter And The Dark Lord