Novel Updates
RegisterLogin
Theme
Search
Your changes has been saved.
Advertisements
Rose Princess of Hellrage: Although I got Killed for Political Reasons, I got Revived as the Strongest Undead

Home >
Novel >
Rose Princess of Hellrage: Although I got Killed for Political Reasons, I got Revived as the Strongest Undead 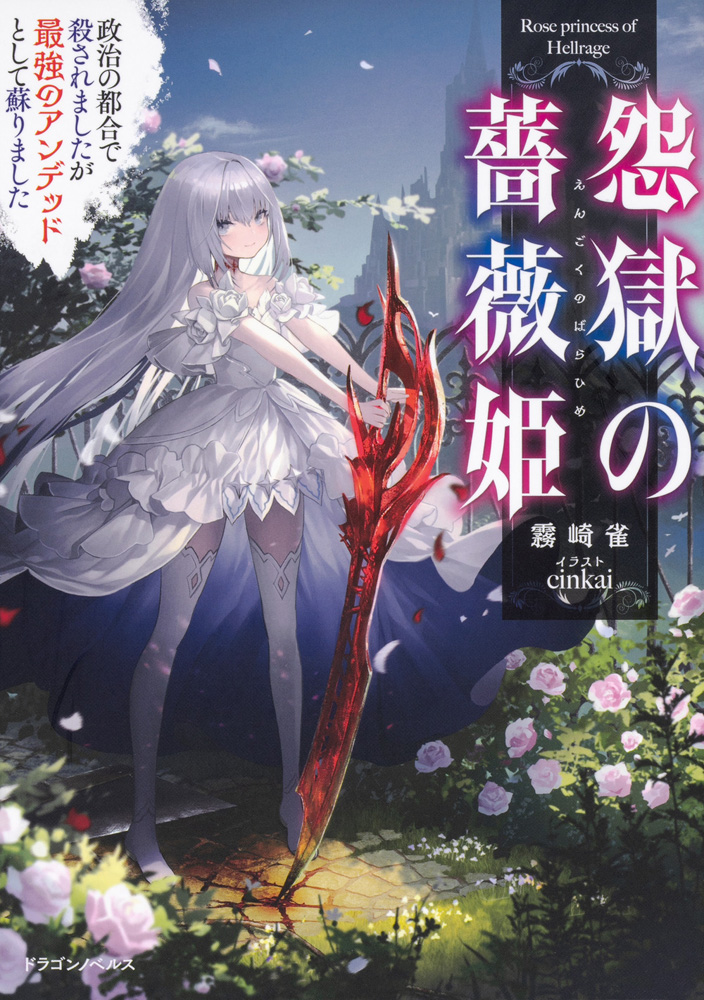 One entry per line
Cinkai

In the small country of Ciel-Terra, the Royal Prince staged a coup d’etat, killed his own brother, the former King and took control of the throne with the backing of the Four Great Kingdoms.

On her 10th birthday, René was apprehended by the knights of the Royal Prince faction for being a cursed child with silver hair and silver eyes and learnt that she was the abandoned Princess of the country. And so, branded as one who ‘was related to the depraved once-king’, she was put through hellish torture before being executed via guillotine.

As her head parted from her body, René remembered.

That, she once already lived life as a man by the name of Nagajiro Satou on Earth, and, falling victim to this world’s God flattery, was forcibly reincarnated.

And whilst in such a state, a woman who called herself an evil goddess appeared before her.

“Do you not detest him? The God who only kept half his word and reincarnated you in this form?”

“Do you not detest them? The people who pushed you to your death for their own convenience?”

“If you wish for vengeance, I shall bless you with a special Divine Protection.”

Thus René, in the name of revenge, rose as the strongest and most fearsome undead. Named Monster: Rose Princess of Hellrage. And eventually, she will end the world…

She Retaliated Because Her Entire Family Was Wrongfully Executed. And Thoroughly at That! (1)
Demon Sword Maiden (1)

These are recommendation lists which contains Rose Princess of Hellrage: Although I got Killed for Political Reasons, I got Revived as the Strongest Undead. You should give them a visit if you're looking for similar novels to read. Alternatively, you can also create your own list.
More Lists >>>

It's a skip. The description sounds interesting if done often before, but the story just doesn't live up to it. If you have doubts read the first few chapters they are pretty poor and as you go further in it gets worse. The story becomes disjointed and more than a little nonsensical. Pile onto that the initial setup of a main character that isn't even thinking one move ahead but more like three moves behind and you have a story that offers the reader little to nothing.
8 Likes · Like Permalink | Report

It's good! For you who likes TS with slight Yuri as sub story this one is recommended, it's rare to find TS non-yuri main story This works just mostly tell about wars and grudges, at least that from WN And seems like they'll planning release vol 2
5 Likes · Like Permalink | Report
Leave a Review (Guidelines)
You must be logged in to rate and post a review. Register an account to get started.