Novel Updates
RegisterLogin
Theme
Search
Your changes has been saved.
Advertisements
Rebirth: How a Loser Became a Prince Charming

Home >
Novel >
Rebirth: How a Loser Became a Prince Charming 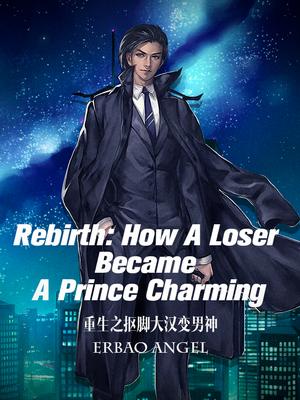 One entry per line
Erbao Angel

Status in Country of Origin. One entry per line
1010 Chapters (Completed)

Qin Guan was reborn and sent back to his final semester in High School 18 years ago. Getting a second chance at life, he works hard to turn things around and eventually become a Prince Charming. What will his life be like the second time around? What will he have to go through? How will he succeed in turning from a loser into a Prince Charming?

These are recommendation lists which contains Rebirth: How a Loser Became a Prince Charming. You should give them a visit if you're looking for similar novels to read. Alternatively, you can also create your own list.
More Lists >>>

It's really meh. I mean no background on MC. And he adapt to his rebirth like in 3sec. Seriously if you were reincarnated again you need time to get used right? And fu*king female lead wow MC Chase her since highschool and she doesn't even answers, ok but when they are dating for 6 months she doesn't even call him boyfriend. This story lacks romance so bad And kiss try 👏 Wow who headbutts cuz they are embarrassed 😑 They are dating and there is not even proper date happening Overall makes you frustrate
1 Likes · Like Permalink | Report

Ok. Now that I've read almost 400 chapter, the novel was better.. I guess. The... more>> model job started late, he didn't really wanted to be one, only wanted it to be part time and for the money. He became an actor too and seems to be smart in school. It was what I searched for: handsome, monogamous, talented, funny guy. He's a bit bland though. The only interesting about him was when he's acting for a shot, he got serious and changed to his new mask. And that's pretty rare, like only 3 short paragraphs in 30-50 chapters. So be warned. The minus was the writing. The scene changed so fast. In one paragraph he was doing something, then next it jumped to another person being shocked (without an explanation). The paragraphs were short, only 1-3 sentences, not many details so we can't really tell what the scene was about. Amateur fanfiction writer quality there. I got confused and bored a lot reading it but still stayed because the model-actor thing. <<less
1 Likes · Like Permalink | Report

Guy goes back to an earlier time and every thing is the same except that he's really good looking and much smarter, a change that is never explained. The pace of the story is laid back and MC becomes one of those people who are literally good at everything and who picks up new skills easier than breathing. The modeling parts are mildly entertaining, and so are the interactions with his roommates. I don't like the racist/ derogatory comments but I have yet to read a Chinese webnovel set in the... more>> modern era that doesn't have racist comments so I've come to expect it. edit: it gets much worse, and the obsessive nationalism becomes more and more obvious in the later chapters, along with the racist comments. Worse then most. On another note; I was very amused to learn that America's two biggest festivals are our Halloween Festival and our Saint Patrick's Day Festival. Must be an East coast thing since I've never experienced either living in the Southwest. The only festivals I've been to were music-fests. I also found it hard to believe that the dorms at a famous NY school would be worse than the six people to a room dorms at his Chinese university. My advice is; don't try and take this story seriously. Its a shallow, amusing, story and a fast read. Just don't start reading it expecting anything with substance and you should be fine. i'd say the first part is a 3/5 but once they get to America it's between a 1.5-2/5. I finally couldn't take it anymore and dropped it. <<less
1 Likes · Like Permalink | Report

To new readers of this novel, or to those reading this review right now, Pleaseee dont get affected by those many 1 star, obviously they think it is not their cup of coffee, in short they dont like this types of stories, BUT!! This does not mean the novel isbad, in fact it is quite good. It is a slow, slice of life type of novel. For me it is a very good type of refreshing wind, different from all those too common too generic too repetitive, I weak, underestimated, level... more>> up, kill bad guy, bigger stage, underestimated again, train and level up then KILL again then so on and so forth.... i like to read all my daily action type novels, then read this at the end of the day, because it is relaxing. <<less
1 Likes · Like Permalink | Report

I'm already done reading this novel. I just want to tell the future readers though I don't want to scare or disappoint you with this slightly negative review. I still hope that you give this novel a chance and see it for yourself. First, this novel is a transmigration novel focus on a slightly modern-day. ... more>>
Spoiler

The MC died and was given a second chance. In his past life, he is completely just an ordinary citizen which I can say with a few regrets and failed plans in life. Not in a way that he is a bad person but just his life was not fulfilling. So, with his second life, for some reason he became someone who is good looking and even smart. Though I do not mind and regarding the title of the novel, I can just say, why not? Since its just the beginning.

[collapse]
Second, basically this novel is indeed a slice of life. The story goes around with how he basically became a prince charming? To be honest, I was slightly confuse with the title. Upon reading the novel completely, I though this is a path towards a SUPERMODEL. Yes! a supermodel not a prince charming. I don't know if its just me but I really didn't see how he became a prince charming, maybe because of his good looks? and now added with his high intelligence? Who knows? Third, his path was bit too easy. I mean, yes he is the main character but its just too easy. It may be a slice of life but I just find it so easy for him considering that he is not a model in his past life, he is just really super lucky. Fourth, I really don't mind if the author love his/her country. I mean, I manage to finish the novel but just a light warning. The author of this novel is really a straight up nationalist! So be reminded in case, you notice it. Especially on the later part of the novel. Lastly but not the least, there is romance here and the good news is our main character is very loyal so no need to worry. Although, the romance is more of a side-dish. P.S I'm just amaze how the author use famous of today's artist in his novel as his workmates. Which Artist? There's a lot of them. Like...
Spoiler

[collapse]
Atleast, through this. Maybe you'll be curious enough to give this novel a chance but just be reminded. <<less
0 Likes · Like Permalink | Report

I'm genuinely surprised by how much hate this novel gets, and it's most definitely from lack of interest of people that vote but don't even bother to read. This novel is lighthearted, funny and enjoyable. And I for one enjoyed how the author tried his best to not paint westerners in terrible light when the MC was abroad (the US), and I also appreciated that the MC was like a f*cking normal human being, something we desperately need on this site.
0 Likes · Like Permalink | Report

I have been following this story for a long time and I opened an account on novel updates just to write this review. It is quiet repetitive but the MC is money-making dotting husband and he used his second chance well. It was interesting to see him pursue everything to have a good life with his family and the love of his life. Also, I loved the part where despite the fact that he is well loved by everyone (except his haters of course), animals don't love him! This is so cute!
0 Likes · Like Permalink | Report

When you first start reading this, you get drawn in by the premise; the slow progression might throw off some people but since I leave that upto individual tastes, I won't decrease the score. What should throw off anyone is the seeming lack on direction. Cultivation novels and slice of slice novels as well, seem to have some kind of end goal in mind but even with how far I've gotten, there doesn't seem to be even the shadow of an end or goal to work towards in sight.
Spoiler

It might be when he gets best actor or becomes a world famous S-Lister, I want to be a Superstar style, but it has been treading water for the last 300 or so chapters, ever since he got to America.

[collapse]
4stars for the beginning 100 or so chapters, 1 star for the rest
0 Likes · Like Permalink | Report

This story is extremely likable but every time I read a chapter it feels like I watching a documentary about ducks being narrated by some dude from the south; it reads nice but it doesn't feel right at all. The characters are somewhat..... unique.... you'd expect that the MC would become arrogant but he's a pretty ok guy. The one thing I can really commend this novel is that the MC stays loyal to main interest. He's a famous model but he doesn't go humping everything that breathes. The translation quality is a... more>> 4.1/5. I said that cause sometimes the translator doesn't put a apostrophe or a comma in certain places that actually need it. This doesn't appear frequently though. <<less
0 Likes · Like Permalink | Report

I like it, got exactly what I excepted, middle-aged dude got send back into parallel universe at the start of 2000 where he is a handsome youth with good memory (Transmigration symptom?), and it's not like he disdained his previous timeline, so, why tryhard ? As an time-traveler his lead is so high that he can be delayed, but not stopped. Im interested what will happen in this long ride, but I won't click AD-wall thingy either, novel is good enough to read it 1 chapter per 2 days even... more>> if 2 chapter form an episode. UPD: Changed 4 to 3. 500 chapter~ It's became Chinese audience only, not IRAS silly "Chinese audience only.". <<less
0 Likes · Like Permalink | Report

The story pace is slower than a turtle... im not that into slice of life so maybe the review isnt unbiased, but it is an ok read. Nothing great... the reincarnation was disappointing & the romance is bland. The only parts I like are when the MC is working on his modelling jobs...
0 Likes · Like Permalink | Report
« Previous 1 2 3
Leave a Review (Guidelines)
You must be logged in to rate and post a review. Register an account to get started.