Novel Updates
RegisterLogin
Theme
Search
Your changes has been saved.
Rebirth As a Fatuous and Self-indulgent Ruler

Home >
Novel >
Rebirth As a Fatuous and Self-indulgent Ruler 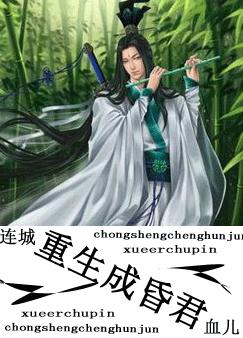 One entry per line
Blood
血儿

Status in Country of Origin. One entry per line
321 Chapter

After rebirth, Long Xiaoyuan went into raptures because he was in poor health in his previous life. However, he suddenly found that his soul was in the body of a fatuous and self-indulgent emperor.

This fatuous emperor put sycophants in important positions while executed the faithful and the upright!

This merciless emperor married the son of a general and kept torturing him!

How could he be reborn as such a person?

The empress was pretty handsome and smart. Since the former soul of the emperor didn’t cherish such an excellent man, Long Xiaoyuan would love the guy and save himself by the way!

One entry per line
重生成昏君

These are recommendation lists which contains Rebirth As a Fatuous and Self-indulgent Ruler. You should give them a visit if you're looking for similar novels to read. Alternatively, you can also create your own list.
More Lists >>>

I really didn't enjoy this novel. The characters are poorly developed and the pace is way too fast to properly form the plot. The novel logic is also just horrendous. MC doesn't bother to act like the emperor nor obey court etiquette since he reasoned his change in attitude will make people suspicious of him, but they don't suspect him to have changed people since he has the original body's memories. (Yeah, I don't get his reasoning either.) Within a day or two of transmigrating into the novel, he ... more>>
Spoiler

rolls in the sheets with his empress (which is also the ML) since he is a hot blooded male and the empress is too pretty. Empress obeys since obviously that his duty.

[collapse]
Plus another crappy novel logic is that since MC is now the emperor and MC's attitude towards the Empress is different,
Spoiler

the Empress starts to have good feelings for the emperor and doesn't carry out his plans of killing the current Emperor. MC transmigrates into the novel 3 months before the emperor is killed by the empress. That can't exactly be decided in a matter of days you know... It would need a lot more to change a person's mind than simply being treated well... Not to say that it isn't possible with the way the author sets it up here, but the author really needs to flesh it out more.

[collapse]
And the novel gets worse when the author starts trying to add in plots outside of MC's "romancing" the ML. Yeah, no. I can't deal with this terrible poorly developed novel. One of the worst novels I have read in a while to the point that I'm driven to write a review. 0/5 stars <<less
10 Likes · Like Permalink | Report

I wanted to love this so much but I was a bit disappointed. Its very lite... there is no depth to the novel, drama is next to nill since stuff gets resolved so fast. Its very hard for me to get involved with the characters.
8 Likes · Like Permalink | Report

Read this at Flying Lines. The story IS GREAT. Just ignore the bad reviews, trust me. The MC is the gong, ML is the shou, but ML is stronger physically since he's a general. But ML isn't domineering, it's just..... right? He's not really submissive, but quite proactive in the relationship. I already re read this 2 times and I absolutely love it. The plot is constantly getting wider each chapter, in the first place, Long only want to be alive and not get killed by Shi, but in recent chapter,... more>> the conflict about another region and revolt is emerging, but not overwhelming the fluff plot. Like, a side plot I guess? Coz no matter how life and death situation is, MC and ML still make me squeal in cuteness, their interaction is the best. I love how both MC and ML talked about the problem, since the two of them are smart. MC is laying the ideas, and ML is adding the detail of the ideas, they're a perfect combination couple! Long (MC) is one of the great seme i've ever read. He's so caring to Shi (ML). Even though sometimes he's going out of control in bed, but it's only happened when Shi isn't rejecting, if Shi did, Long will restrain it. Okay basically, there isn't any forced love. Absolutely recommended 10/10. One of my fav danmei ever. Read it, ba. <<less
5 Likes · Like Permalink | Report

I found the story is too fast paced and the plot is so shallow. The emperor strategy was great but then he didn't follow it cause he got swayed by the empress beauty and why did the empress accept it so fast!!! The empress lack personality and depth. The only thing we know is he was a general who happens to be a great beauty and that so easily forgive the guy who abuse and ignore him before just because he suddenly treat him better. Where the logic in that!!... more>> I don't know if it just me but when I read that he was a general I thought he would not be a softy twink who can get pushed easily. I actually want a reverseable couple where the emperor got a taste of the pain but noooo. So yeah this story get a 3 star for it mediocre plot and characters. <<less
2 Likes · Like Permalink | Report

*SPOILERS* No brainer, only fluff and fast-paced story. I like the fluffiness in the story a lot. both the MC and ML make a very cute couple and their sweet times are filled with pink bubbles...... but the addition of angst in the story is really nerve wrecking for soft-heart reader like me. The MC is a professional thigh-hugging person, who knows his top priorities is to listen to his queen. He is a quick decision maker and highly adaptive by nature. In only the first few days was he able to sort-off... more>> most of the information and gain a stronghold. The author depicts him as a smart person but it really begs to question his smartness when he without any worries, sleeps with a man 'just bcz they are from the same world'. And if he cares and loves the ML so much - shouldn't he (MC) keep in contact with him (ML) when they are in such a fragile stage of love? He really lacks self-consciousness and doesn't realize the consequences of his action! AAA! I REALLY HATE IT WHEN I REALIZE THAT ML IS GONNA MISUNDERSTAND!!! In comparison I like ML a lot *Hearts**Cheers*. He is handsome, capable and strong. It even makes me question 'why the hell is he bottom?'. He is a general so it is also a mystery as to how... he so easily forgives the emperor and even has s*x with him! When clearly he had made all the preparation to upthrone him and he was only 3 months away from doing so... I mean, you hate a person so much that you were going to kill him but are now making love with him. The general surely must be a saint in disguise. Well..... overall I would like to give 4 stars for all the fluff... but because of all of the above reasons and the obvious plot holes in the story (how MC leaves everything to his subordinate and everything is miraculous and perfectly completed.... or how most of the things are done by or under ML's family like everything in the heaven can solved as long as its handed to them)... and thus the current number of stars falls to 2. <<less
1 Likes · Like Permalink | Report

It gets tiring real fast. Each of their personalities feel forced and so, none of them have depth. Their characteristics were laid out by the author in a few sentences or so instead of us discovering it bit by bit, and those characteristics stick to them throughout the story, it's like walking on an even boring road; no climaxes, nada nada.
0 Likes · Like Permalink | Report
Leave a Review (Guidelines)
You must be logged in to rate and post a review. Register an account to get started.