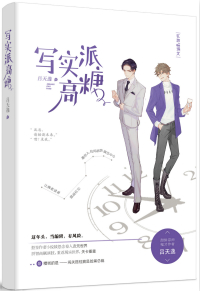 One entry per line
吕天逸

Status in Country of Origin. One entry per line
64 Chapters (Completed)

The protagonist is the editor of a women’s literature website.

Because of his straightforwardness, he has offended many authors of Mary Sue novels who want to sign.

“Sorry, your writing is exaggerated, and has not yet reached the signing standard.”

“Sorry, the plot of your work lacks logic and has not yet reached the contracting standard.”

The resentment of the rejected authors of Mary Sue novels gathered to bring the protagonist to the world of Mary Sue’s novels.

This is not the worst. The worst thing is that these authors’ exaggerated and terrible descriptions were faithfully restored by the novel world.

The protagonist rushes to the speed of a hundred meters every morning, looking for a toilet in a huge villa with an area of 100,000 square meters.

The protagonist did not dare to shed tears, and even dared not yawn hard, because the tears in the book were all diamonds, and the eyes would be embarrassed when he cried.

When the protagonist is happy, rose flowers float on top of his head. When he is not happy, cherry blossoms fall on his head. The protagonist resolutely shaved himself, but set the overbearing, and the hair grew out after ten seconds.

The worst thing is that the protagonist has been engaged to Murong, the son of the world’s largest consortium. Murong is from a mixed country of eighteen countries. He is one year older than the protagonist. He claims that when he was a month old, he fell in love with the protagonist who was still a fertilized egg. Every time the protagonist sees him, he wants to beat him out, but he still has to be soft in Murong’s arms to follow the plot.

One entry per line
写实派玛丽苏

These are recommendation lists which contains Realistic Mary Sue. You should give them a visit if you're looking for similar novels to read. Alternatively, you can also create your own list.
More Lists >>>

1 group(s) hidden due to dead links. Click here to show all releases.
Write a Review
2 Reviews sorted by

It's interesting but could do with some editing. There are a lot of tense switches, and moments when something is translated too literally, like here: Ye Hao is very familiar with this feeling, nightmare, commonly known as ghost press, and he often does this recently. I believe it should be 'sleep paralysis', because that's what it's called, not 'ghost press'. I also don't know why that random 'nightmare' is in the middle of the sentence. I'd correct the passage to this (correcting the tense at the same time, since most of the... more>> story is in past tense) : Ye Hao was very familiar with this feeling, commonly known as sleep paralysis, and recently he had been having it often. Here's another quote from the story: Will he be late today? Struggling for nearly a minute, the body still can’t move, Ye Hao anxious to want to swear. And here's how I'd correct it: Would he be late today? He struggled for nearly a minute, but his body still couldn’t move. Ye Hao was so anxious he wanted to swear. Anyway, you can understand it, but it still feels like minimally corrected machine translation. I would highly recommend that the translator ask someone to help them out. A beta-reader would be enough for me to rate this as a 5 star instead of a 4 star. <<less
9 Likes · Like Permalink | Report

This wasn't really serious, more just making fun of the mary sue genre. The ML had been chasing the MC for an extremely long time but the MC was incredibly dense. The last few chapters were used to help ship other side characters and while that part didn't really hold my attention, everything else was great.
1 Likes · Like Permalink | Report
Leave a Review (Guidelines)
You must be logged in to rate and post a review. Register an account to get started.