Novel Updates
RegisterLogin
Theme
Search
Your changes has been saved.
Advertisements
Rather Than The Son, I’ll Take The Father

Home >
Novel >
Rather Than The Son, I’ll Take The Father 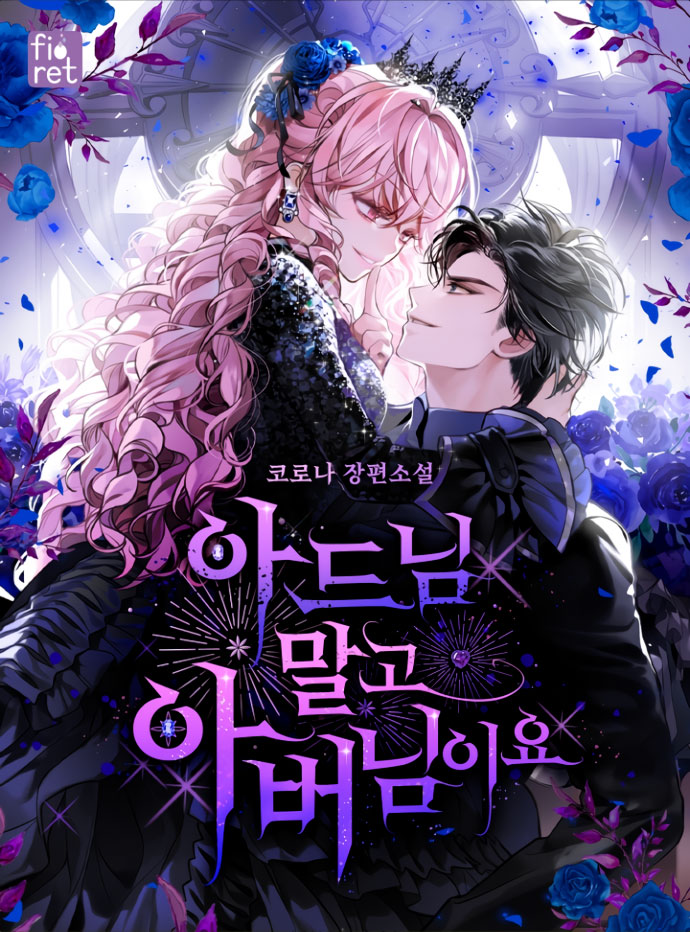 One entry per line
코로나

Status in Country of Origin. One entry per line
Completed (160 chapters)

One entry per line
Fioret

I became a side-character who died in anguish because of her good-for-nothing husband.

If I can’t avoid getting married, why don’t I change who I marry instead?

“Wise choice. Then let’s have a wedding ceremony that isn’t too ceremonious. Following that, I’ll need you to go down to the Fief and behave like the lady of the house until I call for you. Naturally, there won’t be any time to spend in leisure whilst dousing yourself in luxuries.”

“I’m not marrying you, but your father instead.”

“I’m not going to marry you. Do you have a problem with that?”

These are recommendation lists which contains Rather Than The Son, I’ll Take The Father. You should give them a visit if you're looking for similar novels to read. Alternatively, you can also create your own list.
More Lists >>>

I don't know how I feel about this. Her former husband has -200 IQ. Plus the father is just erratic. The plot is like "oh, I'll accompany you because you interest me." How exactly? I think this story could have been promising, but it's just banking on low IQ characters and an indifferent ML with the cliché "you interest me" line. It makes no sense how the ML who is described as a man who wants nothing to do with society basically or is just lazy to partake in any... more>> work suddenly dances with the FL on their first meeting. Am I asking for too much at least for the first few chapters?! <<less
0 Likes · Like Permalink | Report

Oh goodness, holy mother of cheesecake. Their interaction is so precious. Thank you so much for picking up this project. This is officially my fave novel. The translation is super clean and grammatically correct too. Im looking forward for more! I hope I get to oversee this novel till the end with you! Sending so much love and warm hugs! May your days be filled with warmth and joy
0 Likes · Like Permalink | Report

Okay this story starts of so strong! ... more>>
Spoiler

The FL gets reincarnated in a novel she once read as the daughter of the Marquis Morgana, a woman who gets pressured into marriage without love and who'll get abandoned by her husband after he cheated on her with her maid. To change her fate the FL had changed the position of her family compared to the book, but this has already happened where the book starts, so we can skip to the interesting part:

There is a magic contract between two families, a powerful grand dukedom Kallakis and family of marquis Morgana, that their descendants have to marry one day. That's what the adoptive son of the grand Duke wants to use to pressure the FM into marriage without love, because if not fulfilled the contract will have serious consequences.

But the FM knows that would happen if she were to marry the adoptive son, so she demands to marry not him, but his bachelor of a father. The adoptive son, doesn't cooperate and acts very foolishly, which caught the attention if the grand duke, who lived isolated from novel society.

At the end of chapter 4 the grand duke decides to go to the Capital, where the FL waits for her future husband

[collapse]
Since the novel skips the uninteresting part of the "reincarnated into a novel"-route, where they prepare for the story of the book to begin, it starts of at a really interesting point. I believe this novel will skip all the stuff many people find boring in these stories (research, building prestige and wealth...), so it's a good read! And the translations are really smooth! Please give this novel a chance! <<less
12 Likes · Like Permalink | Report

I love how the author managed to give bits of background from time to time, unlike the usual chunk of I-transmigated-to-a-novel narration of the MC. Looking forward for this couple!
10 Likes · Like Permalink | Report

Easily one of the top3 translations I've ever read. The MC is a badass and I can't wait to get to know the ML!
Looking forward to reading each chapter Insouciante Translations decides to bless us with <3 Story so far: 4/5 (it's still very early)
Translation 5/5 (Thank you for being awesame translator ;D)

Love the no nonsense FL and I'm all about the dark villain-like dad. Translations are really easy to read too. Really excited about this one
3 Likes · Like Permalink | Report

This is such a fun read, its so nice to read a MC that is strong and assertive. Really looking forward to reading more.
2 Likes · Like Permalink | Report

This novel. I really, really, REALLY like it. MC is badass af, a truly elegant flower of evil. And I admit that after reading all those KR novels with so many generous descriptions of the dads. Well, I might or might have not developed some ahjussi issues. MC and ML, I... It's like that marvelous OTP villain ship that I have always dreamed of. (͡° ͜ʖ ͡°) /10 would recommend.
1 Likes · Like Permalink | Report

Ohh this is good! Thou there is many skipped part but that makes this novel interesting, I mean we got straight to the point' and the skipped part eventually would be described, , , so yes the early chapter might confuse you so read it at least to chap 5
0 Likes · Like Permalink | Report
Leave a Review (Guidelines)
You must be logged in to rate and post a review. Register an account to get started.

Battlefield Restart (Reboot)- An Identity Beyond...