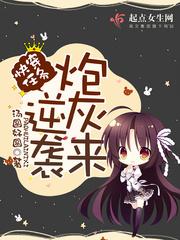 One entry per line
Rice Balls A Good Round

Status in Country of Origin. One entry per line
Completed
2790 chapters

Meng Li wouldn’t tell others that she would join the big plane when she was dead.

She becomes a tasker who shuttles through various planes to complete tasks.

Counter-attack, abuse of scum, etc… After every task, she will get rewards. If she fails to complete any task, she will be sanded to death. For completing the task she must travel various worlds.

Yes, Meng Li said she likes it very much and agreed to do the work.

However, why are there so many wonders in the mission? Are they want to save the world?

These are recommendation lists which contains Quick Transmigration: Cannon Fodder Comes to Counterattack. You should give them a visit if you're looking for similar novels to read. Alternatively, you can also create your own list.
More Lists >>>

The MC is very similar to ning shu. Even the settings and counterattack are similar. Except this novel has a male lead. Though he appears very few times. Overall it's good. If anyone likes badass MC who does not depend on the powerful ml, this is good. The best part of the novel is the setting of the background is clear. It gives clear explanation about system, space time, world plot, plane's existence unlike other novel where they are vague about system and background and lord god just... more>> conviniently falls in love with some employée..... <<less
7 Likes · Like Permalink | Report

As with previous novelhunters novels I've read, it's fully unedited MTL. Pronouns are super fluid. Many dialogues makes zero sense and you kind of just keep reading in the hopes that youll pick up the plot thread again soon. Also the site is really annoying on mobile, the text keeps jump scrolling randomly. So far there's no romance (and from other comments it doesn't seem like any is coming). There's also no real face slapping, or I guess you could describe the face slapping as realistic. Mostly MC just prevents the hosts... more>> bad end from occurring, she might move against the main culprit but its so far very clean and they don't even know she did... there's no regret. And everyone carries on with their lives as a result. Consequently it's also just kind of bland. No sweet romance, no villains regretting their life decisions, no continuous thread between arcs. Hell, the emotionless, AI-like system is probably the most interesting character so far. Guess Ill have to hope he magically gains a personality and then ship them. The previous commenter who called it a slice of life is pretty spot on. <<less
5 Likes · Like Permalink | Report

So far so good. Our MC is quit similar to ning shu, where there is no clingy romance in this novel. There are face slapping events like typical chinese story but it can't be helped, as they love these.
3 Likes · Like Permalink | Report

It's very boring and has no comedy the MC does not have any personality and is a coward but not like a funny nice coward.
3 Likes · Like Permalink | Report

2 Stars, The writing was nearly illiterate. It's really pretty bad. First up the format is almost a direct knockoff of "Quick Transmigration Cannon Fodder’s Record of Counterattacks" and while it does do some settings that QTCFROC doesn't it does them rather poorly. As an example of how poorly plotted out this is, in one of the later arcs, the MC just starts putting key players under her mental control after about three pages of the arc. When you have a character in an ancient setting that can just mentally attack people... more>> and make them do what they want, it's really hard to build the cleverness you want to see in a face slapping/quick transmigration. I can't pinpoint the reason but, none of the characters had much life to them. The author just didn't seem to be able to provide that spark that makes the reader care. Bottom Line: Give Su Luxia or Ning Shu a try they do quick transmigration right. <<less
2 Likes · Like Permalink | Report

Just finished reading, it's pretty good and feels realistic. The MC doesn't have a cheat, but she is lucky. She makes her own cheats, so don't worry, she won't be weak forever, this novel is about weak to strong. But no matter how strong an ant is, an ant is still an ant. To the organisation and the vast world, the human race are merely ants, including the taskers.. quite sad actually, it's very realistic. The revenge isn't too much, might be unsatisfactory for some people. I really like the ML, although... more>> he is OP and overbearing, but he truly respect Meng Li and cares about her, he doesn't force his feelings on her but instead interact with her as if they're mutual despite her being much weaker than him. Reading their interactions are very enjoyable, there's no toxicity at all. But the romance here is really really slow, I'm almost at the end of the novel and they still haven't confessed to each other. But both of them do have feelings for each other, they just didn't know it. Issues that annoyed me a bit :
Spoiler

sometimes the time she transmigrated to in certain arcs are a bit too late, the damage had already been done and the only thing she could do was to get revenge for the client. Kinda beat the purpose of a second chance imo.

Meng Li was quite hypocritical sometimes, especially after she woke up from her coma, she would often justify whenever her clients did something wrong as if they're fully innocent, but those who were not her client, she would judge and criticize them even for the tiniest fault.

Too much acting in later arcs, which was exhausting for me to read. I prefer a more straightforward kind of counterattack instead of acting miserable like her clients, but I can understand why she did so, since the clients would come back to live, so she have to take care of their reputation and not make people suspicious.

The QT missions seems to have stopped around chapter 2639, the rest of the chapters afterwards revolves more around the current world Meng Li was in, it's called vast world which is where all the small worlds and the organisation are located. The real villain should be the tiandao of the vast world, since it was the one that arranged everything, from creating parasites that killed most of the vast world creatures including Meng Li's friends to destroying all the small worlds entirely. Unfortunately there's nothing they can do about it except to obey it.

Meng Li lost a lot of friends, even her beloved disciple. It's tragic, but I guess this is the difference between this novel and other QT novels, it's realistic, you can't save everyone, you can't surpass God.

There's not much romance, but the interaction between Meng Li and Shi Fanling was sweet, they were used thoroughly by the vast world tiandao until the very end, as a result both of them basically lost everything except their consciousness that was left in a piece of rock. But they did show signs of waking up in the final chapter so I guess it's a happy ending...i guess..

[collapse]
For translation, I give 1 star, it's just mtl, there's not even any proofread. It's hilarious how the "translators" are charging money for chapters after chapter 122 when you could just find the mtl yourself since it's pretty much the same. <<less
2 Likes · Like Permalink | Report

I'm very surprised this hasn't been hit in China do to plagiarism issues, as some of it was an outright copy of some of the major plot points in QTCFROC (or the reverse, I'm not sure which one came out first). Some of the worlds/situations/arcs were almost exactly the same, which is irritating and left me feeling bored, like I'd already read it. the story has some decent ideas of its own but its not done well enough to overlook the flaws.
Spoiler

[collapse]
once I made it to the first team competition/survival arc I started to lose interest and there were still many, many chapters to go after that.
0 Likes · Like Permalink | Report

Although I'm only through 10% of it, I love it.
The only problem is that the way she does the mission is kinda boring I guess? I think her interaction with the system is the best part tbh.. Kind of heartwarming for some reason like old friends.
0 Likes · Like Permalink | Report

I am quite surprised at the low reviews for these novels the MC is very diligent and works to fulfil requests of cannon fodders she adapts well and knows to reinforce her boundaries. She cares and plans the future of the life of the entruster? And she has an actual partnership with her system they aren't super close but support each other when needed. It's quite slice of life, lots of face slapping though but the novel sometimes have a mundane feeling to it. The mc's original life was in... more>> wuxia? (Not sure how to use this word) so she usually has enough physical strength for combat and stuff. Though sometimes the antagonists are kinda dumb. She only kills to fulfill mission requirements and doesn't do it on a whim. I probably missed a lot but yea I would recommend this to people who like quick transmigration without like couple drama. She's adequately cautious and knows to plan ahead, she schemes pretty well I think. One funny point is that she's the type to take what you say at face value when she feels like it, for example if she meets with someone she doesn't like she's not pretentious if she doesn't like the other person she's gonna show it. She very straight forward and makes other people chocked when speaking lol.
Spoiler

Like this one arc with this girl that has another system. While the MC was the younger sister of this ceo. Like what why are you coming up with these weird schemes also I really don't like how the author wrote her being r*ped and framed it like she deserved it

[collapse]
Kinda confused by the romance tag cuz there's like none for the main character but I guess I'm just not far enough into the novel also this is my first time writing a review so it doesn't cover a lot <<less
0 Likes · Like Permalink | Report
Advertisements
Leave a Review (Guidelines)
You must be logged in to rate and post a review. Register an account to get started.