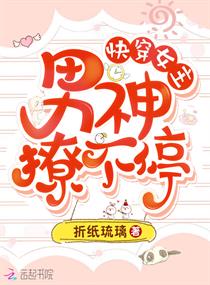 Status in Country of Origin. One entry per line
4075 Chapters (Ongoing)

In order to not turn into dust, she is bound by an ice cold system to travel through time and space to complete missions.

Girls that pretend to be weak?  Slap them without explaining.

Meeting a real male god?  All of them will pamper.

System: Dear masters, what do I do if my host even dares bully the heavens?  Waiting for an answer, it’s urgent!

These are recommendation lists which contains Quick Transmigration Female Lead: Male God, Never Stopping. You should give them a visit if you're looking for similar novels to read. Alternatively, you can also create your own list.
More Lists >>>

Actually, the most frustrating part is that the ML already liked the original, but later on, the ML was I like both the past and the current her. While that may sound sweet, essentially, the ML was exactly fully attracted to the MC which just really cheapened their relationship for me.

I just finished arc 2. I'm a little sad with first arc which lead me to stop reading for few days. Don't get me wrong 1St art is good but sad story is not my thing... 😅 I'm bored so I continue 2nd arc today. It's fluffy and cute. Love it. ❤️ I wonder what's the next arc will be?... looking forward to it. 😘
0 Likes · Like Permalink | Report

This feels like a subpar quick transmigration story. There are all of the right elements, but things are progressing way too quickly. To give some more background, the goal of the missions is to win over the ML using the identity of the FL. What this novel does a little different is that the protagonist is inserted after the "end" of the story (you'll see what I mean after you read it). So, onto my issues with the novel. It's just a bit too unrealistic. The protagonist seems to have such an... more>> easy time winning over the ML, and the way the ML acts is just kinda off considering the background we're given. He literally sees her once after like 4 years and then becomes super possessive? And if I see ONE more mention of her beauty I- Well. Translation is good though, so maybe I'll continue reading to see if it gets better. <<less
9 Likes · Like Permalink | Report

I think it's supposed to be comedy, but it isn't really funny. Of course one could simply write this off as humor being subjective, but I don't know man. Maybe it's also a cultural barrier. I find that a lot of CN based manhua and stories have really dumb heroines, because I guess it's supposed to be funny/cute? Sorry, but I personally find that having to read about a dumb heroine is pretty annoying and boring. The MC is a ridiculously stupid idiot that just makes the most inane comments all... more>> the time. Like if breathing wasn't something your body naturally made you do, she'd probably have died by now from forgetting to breath unless the System was constantly reminding her to do it. I just - the first arc was unbearable to read honestly. The ML was a stupid idiot, but they write it off as "silent love" or some stupid BS like that. Like if he really loved her that much, why the hell didn't he bother to try and I don't know, show her? Nah fam gotta let her miscarry first and idk lock herself up and make her miserable and ignore all of the ways she blatantly shows her love for him. That'll show her he loves her, right!? And the MC made the most vacuous comments throughout the entire story. It's like the first arc is 20 something chapters and each chapter is incredibly short and is about 5% plot, 95% stupid comments from the mentally deficient MC. Anyways yeah, I usually have a pretty high tolerance for QT stories and their antics and I can usually excuse a lot that I wouldn't do in any other typical story. But I could barely even make it past the first arc. Not worth it. Sorry, but vapid heroines with little to nothing but hot air in their brains are really tiring for me to read. I know that it's probably supposed to be comedy, but I never realized that a stupid MC making stupid comments was supposed to be funny. Guess I just prefer heroines who like, I don't know, have a brain and a logical mind. Yeah. I'm not even gonna bother trying to go any further than the first arc lol. <<less
7 Likes · Like Permalink | Report

This is interesting
Spoiler

The only thing I am not sure about is. MF loved the MĹ in the first world and in the second it's like she completely forgot about him? Did something happen to her memory?

[collapse]
About the ML
Spoiler

Did he follow her to the next world or not. I mean I feel it's not clear

[collapse]
But the story itself, even if the feelings bloom a bit too fast. I find this interesting. It's a good read
5 Likes · Like Permalink | Report

3.5/5, with 2 for the translation. I won't officially rate it yet, but I agree with the previous reviewers that this fast wear novel progresses super fast... ML did indeed immediately get attracted to the FL after 4 years of bitter separation, BUT this early on, we haven't gotten the full story even if FL transmigrated into the "end" of the first world and received the plot. We only have the oFL perspective, in a sense, and we don't know completely ML's thoughts/actions/etc during those four years. ... more>>
Spoiler

From the current hints, it seems that over the 4 years after ML caused original FL's miscarriage or whatever dog-blood drama that took place due to ML's partiality to the second FL of that world, he felt regretful and remorseful and might have decided to use the second female lead as a shield for the oFL so oFL could live the rest of her life peacefully and without any more strain but I could be wrong. This is what I got from what was given so far. Not to mention, from the time she transmigrated, ML's affection for FL was already higher than his affection for the 2FL so I think it's not too surprising that he immediately feels attracted to FL when she finally "gives him a second chance" while not feeling too great about the 2FL.

Anyway, iirc author's note said something about the ML and FL being pure except for the first arc??? So if you want pure ML and FL maybe skip the first world?? (But there are still doubts whether or not ML slept with the 2FL in the first world imo) Personally, I am not really picky on if the ML and FL are pure or not, as long as it's written well and their characters are fleshed out. Idr and could be wrong about the A/N, though, so don't quote me on that. I'm here for finishing the first arc and seeing if it's worth the rest of the novel to read tbh. None of the characters are very distinctive, and the system is included in this list. Also, the first world's story so far is sub-par what with the unnecessary and seemingly forced relstionship (s) between both FLs and the ML in the original plot and the current one with transmigrated FL.

The translation was done well (+1 ⭑), but the story is not that great. Compared to all the other QT (quick transmigration) stories I've read this is just... not great. Our MC does not give me an impression to like or remember her by. It's supposed to have comedy but I just don't find it funny. The main mission of the MC is to win the ML back btu all she has to do is stick to the ML and by time, she's already done with the task. The building of feelings... more>> is wayyyy too rushed, and the story has no logic at all which makes it unrealistic.
Spoiler

Arc 1: If the ML really did love the OC (original character) why did he not do anything when he knew that she lost their child. If the ML did pay attention to the OC he should have clearly known how important the child in her stomach was.

Imagine if the person you love so much were pregnant and was happily waiting for the birth of their child, you would be happy for them (maybe not if you're possessive). But then she loses the child she loves and to another one of your woman which made her reclusive, would you not be angry??

I just.. Didn't seem to like this very much, the translation was done pretty well, that wasn't the problem. It's just something in the story that I didn't seem to like very much, and because of it, I just couldn't get very far into it before having to stop. In respect of the translator doing a perfectly fine job, I won't add a rating to this.
2 Likes · Like Permalink | Report

omg k. I'll update my review after this finishes, but omg. OmG. so to address the people who said this isn't a 4-5 star book. Please think again. I read this thinking that yes, it seems her relationship with ML in each world is developed fairly easily. But I think at least for the first/second worlds, that's because the world is level C. also, I think the reason why it's not that difficult might be related to the FL and ml's original relationship. Original meaning before the fl's memories were erased. Just a... more>> thought! this is a gem! I'm going to rate this as a 4.5 star for now. (0.5 off because this novel's just super fluffy and I like it when stories have lots of angst and my heart goes dokidoki from the character's pain. Lol. Idk y) it's different from other world hopping novels. [Tldr: it's fluffy because female lead actually appreciates ML earlier on] in a lot of world hopping novels, the FL is heartless and doesn't really care about staying with the ml. She's just like, I need to get my points and do more missions, I'm leaving the world asap. But for the fl, she's like nuh uh uh. IM STAYING WITH MA MAN. (Yes she gets to choose whether to stay in world or not) it's great. I stan. anyway, the female lead hints in ch 122 that she knows that
Spoiler

the male lead is the same in every world

[collapse]
. It's nice that it's not like some big revelation but something that she takes note of. translator does a great job! Stan! That's all for now! ( *) <<less
1 Likes · Like Permalink | Report

I am fan of quick transmigration but this is a little bit less than average. It is fast paced which I do not mind but it is the MC that I am not a fan of. Some people might like this kind of MC but I am not a fan. I usually want to skip all the parts with her dialogue but that basically means skipping everything. The translation is great so I give them the thumbs up.
0 Likes · Like Permalink | Report
Leave a Review (Guidelines)
You must be logged in to rate and post a review. Register an account to get started.

A Little Bunny Looking at the...

Wait? did you say the Demon...
Advertisement