Novel Updates
RegisterLogin
Theme
Search
Your changes has been saved.
Quick Transmigration: All the Supporting Male Leads Are Mine

Home >
Novel >
Quick Transmigration: All the Supporting Male Leads Are Mine 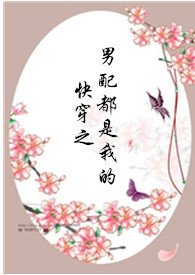 One entry per line
风琉璃的夏天

In romance novels, no matter how much the man hurts the woman, the woman still loves the man.

The man has the face and the money but not the heart to love the woman.

Lord! He just couldn’t give a little pity to the lady and she didn’t even end up in a good place.

Su Yunluo said: I’m very unconvinced! Are you blind, Mistress? You have to like the scum lord instead of the sweet and kind man! If it were me, I would have kicked out the scum master and lived happily ever after with my man!

So, “unfortunately”, her voice was captured by the system, and she entered the world of quick transmigration as she wished. To rescue the man in love and join hands with him on the road to happiness and richness!

These are recommendation lists which contains Quick Transmigration: All the Supporting Male Leads Are Mine. You should give them a visit if you're looking for similar novels to read. Alternatively, you can also create your own list.
More Lists >>>

Read smut novel, but skipped the smut. Not worth elaborating on so I will focus on the story instead. It is nice that the author attempted to find a balance here. As a story this can be improved in many ways if a little more effort and personality were shown on the part of the MC. Some parts just do not jive thanks to some odd choices in the story telling. You can see more of this in the review by ludagad so I will not elaborate on that and focus... more>> on something else. It would have been nice if the first arc included: <<less
1 Likes · Like Permalink | Report

Like all quick transmigrations, this one starts as illogical, the concept was good, marrying the second male lead instead of male lead. The heroine is OP, and there is no antagonist in this arc, the girl who supposed to be the villainess, who married the male lead ended up in pitiable condition. ... more>>
Spoiler

I contemplated about giving 2 stars to this arc, because of the comparison between children of female lead and Male lead.

To go far as to make a child with congenital disease and blaming the mother for it, just to say female lead's children are better in health, is ultimate low for the author.

[collapse]
I am very happy about the divorce of male lead and his wife, not because, she deserves it. Contrarily, she didn't deserve to be treated harshly by her mother in law (who made the child comparison). This story doesn't have any plot, there is no need for the system in this arc. The FL does not evoke any kind of feelings in us, so does the ml. I have removed 1 star based on the story not being interesting and the dull FL and ml. Another 1 star removed for the comparison of the children's health by ml's mother. I find it distasteful and disgusting. Note: Everything here is my personal opinion, by all means go read the book first before deciding yours. Btw, the translation is good. <<less
5 Likes · Like Permalink | Report

After reading two arcs, my opinion is that the novel is too naive in places, a bit schadenfreude in others, and somewhat boring, but the last point is really up to personal preference. If you presuppose that the smut is the center point, and the plot is built around it as background, then it's still passable. The smut scenes are alright, but since I wasn't in the mood, I ended up skipping most of them, so I noticed the plot's weaknesses even more... However, if you're reading it purely for... more>> the smut, there is still some padding to get through, since the author sets up the plot first. It's not just a 'wham bam smut in the first chapter' kind of novel. I do prefer the kind of approach in this novel, so I've nothing to criticize there. Now, to make my points, I'll get in a spoiler-y area. Please skip those if you think it'll take out the enjoyment of reading the novel yourself. Why I think it's naive:
Spoiler

In the first arc, the MC becomes a fashion designer as the original host wished. She made her studio in one month, opened with clothes ready in two, was immensely popular and everything sold out. She even already has clients lined up for her. Very soon after, she got invited (her family's connected) to a runway and practically designed and produced the clothes in a non-specified time, but it couldn't have been more than a week or two? And within half a year, though I think it's shorter in the novel, her brand is internationally recognized (because of that one runway show in the fashion capital) and she's a famous fashion designer.

Now, I realize the author wanted to get that part quickly over with and have the MC set up as a successful and famous woman, to have everyone praise her and badmouth her ex for dropping her and picking a common woman. But I was kinda taken out by how easily and quickly this went by.

Another point is how everyone has goodwill toward her, to a point that I'm not sure why it's getting mentioned. Let alone how the ML's parents like her immediately, there was a scene where she and the ML are having a group dinner, and some of the foreign models at that dinner like the ML so much, they confess to him, then he hints he likes MC, and the model who confessed says "MC's so good, I feel it's fine that I lost to her", something along those lines. And I'm like, 'Insecure much, Miss Author?' The scene was so weird and naive. It's just something that reminded me of the Mary Sue fanfics I'd read when I was a teen. I guess since I'm older, this kind of thing really jumps out at me and pokes me in the eyes. Maybe it's just my own problem.

[collapse]
Why I think it's a bit schadenfreude:
Spoiler

In both arcs, the women who end up with the original host's crushes are nice and there's nothing wrong with them. No green tea b*tches, no fake white lotuses. They were weak and kinda s*upid, but not evil or scheming against the MC. So I thought, 'Hm, no women bashing for a change.' But since we need to compare our MC to them, and her married life to theirs, there was a bit in the final chapters of both arcs I've read, where it's mentioned that the other woman and the crush have a sickly (due to premature birth) or mentally deficient child, and then they get divorced for one reason or another. As a contrast, the MC and ML are happily married with healthy child/children. And I couldn't really comprehend the need to write it this way. It was obviously to set up a contrast, which, fine. But why compare even the babies? Kinda irked me. This is in the first two arcs, and I don't know whether this trend continues later on.

[collapse]
Why I found it somewhat boring:
Spoiler

Now this is entirely up to personal taste. I got bored because there was no thrill at all. The MC dumps or puts the crush in the past and goes to the ML who pampers her to the heavens (she took her time in arc 1, but in arc 2, they were already a pair). The plot following is all about their daily life, their smut scenes and getting married, with some bumping into the ex-crush and his boo along the way. The MC had nothing to do - no reversals, no revenge, lol. That's why the upstaging in the final chapters seemed so out of place to me. But also, I just get bored when there's nothing for the MC to fight for and achieve. It's basically just their love life, which other readers might actually find preferable.

Another point that bugged me personally, but may not be that big of an issue to others, is that MC inhabits these bodies, but the ML's originally loved the original hosts. I would've preferred that MC finds her own ML who loves her for her, and not her in the role of the woman he already loved. But then it wouldn't be true to the novel's premise of dumping the male lead and getting with the second male lead.

[collapse]
In the end, I might be overthinking and taking too seriously a novel that's mainly written for the smut, so you draw your own impressions after reading. It's not my thing, so I'll be quitting here. Please don't take it as me bashing the novel. Those are just my thoughts about it. <<less
25 Likes · Like Permalink | Report

As I'm only in the first arc, I'm not sure about where it goes from there, but it seems to be your typical system backstory. She's going for the second ML, while ignoring the original ML. Story wise it seems like a decent way to spend your time, and the smut parts are also pretty good. There's been surprisingly little intrigues so far which I can appreciate. The translation isn't bad either. Why not give it a go?
2 Likes · Like Permalink | Report
Leave a Review (Guidelines)
You must be logged in to rate and post a review. Register an account to get started.

A JOURNEY OF THE FATED CONQUEROR...