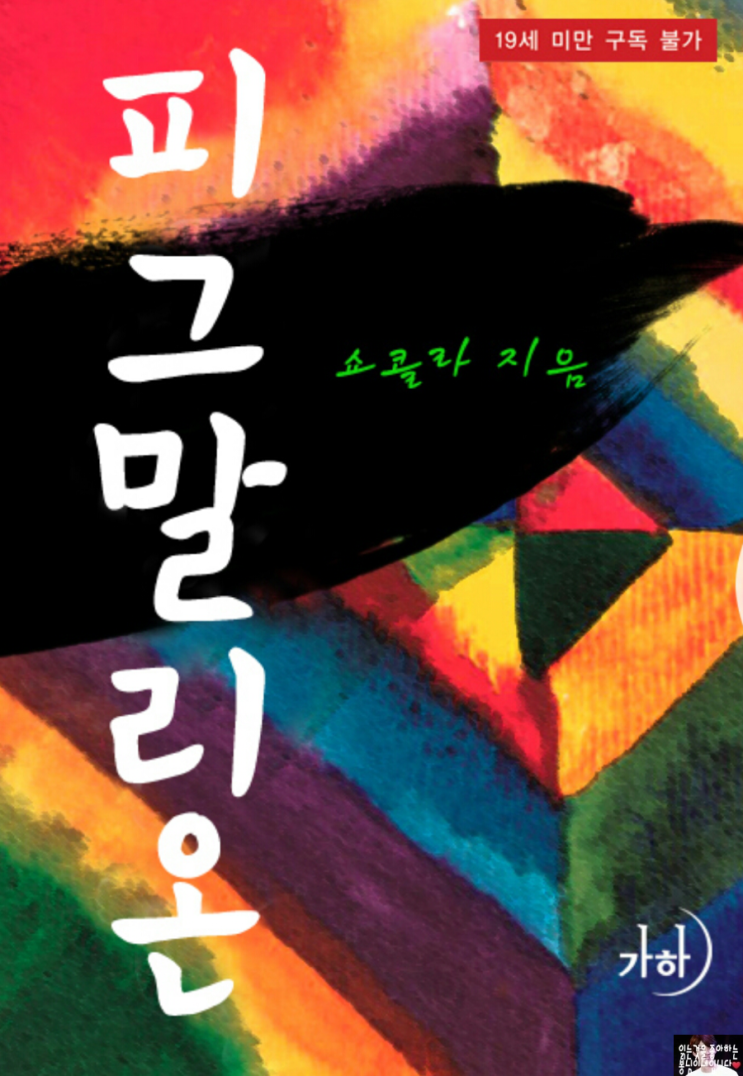 One entry per line
Chocolat
쇼콜라

One entry per line
Gaha Publishing

Jin Sungwoo is the President of Sohyang Palace, a personal image consulting agency. He is called the genius who can make anyone beautiful. Then one day, Kim Sukyung, a country bumpkin, appears in his office. He has never seen such an unfashionable woman in his life.

As her consultant, Sungwoo decides to transform Sukyung into a modern woman. He works to change both her appearance and her old-fashioned ideas.

Kim Sukyung is a naive girl who has lived all her life for her step brother Jaewon, who isn’t biologically related. She has been in love with him for a long time, but when she realizes Jaewon feels embarrassed by her appearance, Skyung decides to transform herself.

Here in this novel, a woman is reborn into a whole new person. A brand new woman who now only exists for one man…

He is the sculptor Pygmalion, and she becomes his sculpture Galatea.

One entry per line
피그말리온

These are recommendation lists which contains Pygmalion. You should give them a visit if you're looking for similar novels to read. Alternatively, you can also create your own list.
More Lists >>>

Honestly the ML is teetering the lines of scum and caring. Ive never seen a novel on here that has such a unique MC. She's weak, low self esteemed, and isn't "oh no! Im so ugly : (" but a ten out of ten 16-23 year old who has countless of men salivating over her and willing to do anything for her even after countless of rejections. " She's nearly 30 years old and doesn't take care of herself to the point people laugh behind her back and has semi-incestuous/codependent... more>> relationship with her stepbrother. She's an average woman with real problems. The ML helps build her confidence by transforming her appearance and attitude while also taking interest in her and kinda grooming her into eventually bedding her. Its really well written. Even though the characters are morally gray, you kinda find yourself routing for them even though in any other circumstance or book you'd probably hate them to death. The fashion advice sprinkled here in shows the author researched fashion quite a bit and it feels very immersive. Can't wait to finish it. Also the smut is SO refreshing. None of that insert slot A to slot B and unrealistic virgin cold MLs being some form of s*x gods. The ML is a man with experience and it shows how he handles the scenario into seemingly realistic good smut. Usually in novels it just feels nearly boring when it comes to interc**rse since it never feels anywhere close to what real life experiences are like. This had just the right level of creativity and suspended disbelief to make it feel more artistic and less graphic but wasn't so vague you might as well not add it. 100% would recommend and thank you translator for doing such a good job! <<less
10 Likes · Like Permalink | Report
Leave a Review (Guidelines)
You must be logged in to rate and post a review. Register an account to get started.