Novel Updates
RegisterLogin
Theme
Search
Your changes has been saved.
Professional Accomplishment Of A White Lotus 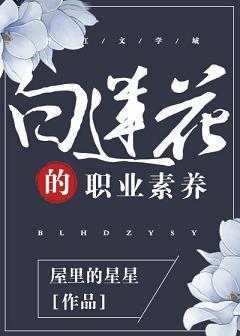 One entry per line
Stars In The House
屋里的星星

Status in Country of Origin. One entry per line
122 Chapters (Completed)

Passerby-A is increasingly dissatisfied with their small part in the drama. By chance, Luo Ran was born because of this one sentiment. Her purpose is only one – to add scenes!

If you want to add scenes, you have to be with people who have more scenes. And those who have the most, are the male lead!

In the imperial harem, she is the second-class maid-in-waiting who died early beside the female lead.

In the immortal world, she is a flower demon who was mistakenly killed by the female lead before she was transformed.

In the CEO world, she is the smart secretary of the President.

In the entertainment world, she is a singer who has nothing to do with the male lead.

Luo Ran uses these identities to attack the male lead and fulfill the desires of passers-by A; to add more scenes!

Passerby-A = Anonymous person, someone unimportant with a tiny role.

Add scene = to add value to a role with more scenes.

One entry per line
白莲花的职业素养(快穿)

These are recommendation lists which contains Professional Accomplishment Of A White Lotus. You should give them a visit if you're looking for similar novels to read. Alternatively, you can also create your own list.
More Lists >>>

Its a BE romance wise, as in she didnt end up with anyone and the expected ML (Her system, in MTL his name is Seventh child) is kinda a scum, but a pretty general one for the MC. Honestly QTS: Male God Come Here is happier then this (after the first 1800 chapters anyway). The MC goes through so much... ofc villains get their dues and MCs life goes on relatively peacefully, so its not a terrible ending for her.

from what I can understand the MC and ML (the system) are the first beings of the universe with hin as "Good" and she as "Evil" but then they split into 2 sides, she by herself and he with heaven and earth backing him (tiandao) and MC suffers bc of him. Wont go into detail but thats the jist

[collapse]
Good: Its well written, but the author is an S. Most of the endings are tear jerkers, so if your looking for a good cry, here you go. MCs character is very well built and overall the story flows smoothly. There are plenty of sweet momments (if you ignore the whole fact that those momments r based on the MCs white lotus-ing). Side characters and villains are not 1-dimensional. The Bad: MLs, especially in the first world, is kinda meh. They don't really have the expected strong or developed character compared to the MC
Spoiler

the real ML, the system, is somehow more developed even though you barely see them but I guess that makes sense in a way cus they are the real ML but..

Anyway, I don't like the ML, he cares for the MC but at the same time dislikes her for what she "is"

[collapse]
and their actions are whats expected of novel MLs, with a little bit more logic at times. The arc stories and the actions of both MC and ML don't really make sense at times, it doesnt really bother me too much but I know 1 world which will really bother some people
Spoiler

[collapse]
. General Notes: The MCs personal ability is strong, but she isnt the independent type, like the title says she's a white lotus so her biggest backer or cheat is the ML of each world. Shes dependent on then because they are the keys of her task, if you don't like that or are looking for a badass MC able to do whatever she wants, this is not the novel for you!!!! The MC does not have it easy. Some of her pain is self-directed to complete the mission, but the real ones really made me want to cry. She isn't a mary su and everything doesn't always go her way. Btw I wrote this review late at night after I finisbed the novel so apologies if I dont make sense at times. 😅 <<less
11 Likes · Like Permalink | Report

Completed MTL this novel, This is my favorite. I like the MC and all arcs. Each arcs is entertaining and nice. This novel is definitely different, refreshes and very interesting that hooked up. No repetition arcs. Each arcs is amazing. It's like reading short story arcs. I feel this novel is similar to seeking good temptation, The way MC acting as White Lotus is best, funny and satisfying. I like Ending - MC became very powerful and she travel the world. System who was backed by heaven was villain who traps... more>> MC and trying to killed her. But She killed him. As For Male Lead
Spoiler

I think they are different person in multiple world. That's why I like about this novel. It's different, unique and refreshes.

I just finished the Secretary World. After the previous world, I told myself that I'll continue reading despite the tears but after this world... I dunno. Actually it's a good novel but if you're someone who likes HE, this isn't for you. But if you want a story that would make you think about life, with bits of realism in the story, then go ahead and read:) It would make you like the MC when she's being white lotus-ey. She does her job very well. Romance-wise, don't expect happy endings between... more>> the male leads in the worlds and our white lotus MC because her job is to "add more scenes to Passers-by A", and what better way to do it but to cling to the MLs. Since I haven't finished this novel, that's all I can say. And yes, I agree with the above commenter- the author is a certified S. <<less
2 Likes · Like Permalink | Report

I could endure tragedies if only the final ending was a happy one...
... more>>
Spoiler

The ML didn't die, since he and the MC were one in the first place but was split later on into two consciousness... I would just convince myself that ML didn't die, he integrated with MC and became one with each other, that's it. *Sobs* I couldn't stop crying, even though I knew that ML did wrong MC, but I couldn't stop my tears. Why?!!!!! Why does he have to fall in love with MC, I wouldn't be this heartbroken if he isn't. It's unfair, he wronged MC when he didn't fall in love with her first, so why would he fall in love later on just to suffer more? What MC experienced was indeed despairing and inhumane. I felt sad for them, if only they could have their own HE without these things, forgetting everything and falling in love innocently, it's naive, I know, but what could I do... I sympathize with them more than I expected. *Sobs*

[collapse]
Overall, it was good, it's just that I can't seem to carry it well, read at your own tears. <<less
1 Likes · Like Permalink | Report
Leave a Review (Guidelines)
You must be logged in to rate and post a review. Register an account to get started.

I Reincarnated as A Little Girl?!